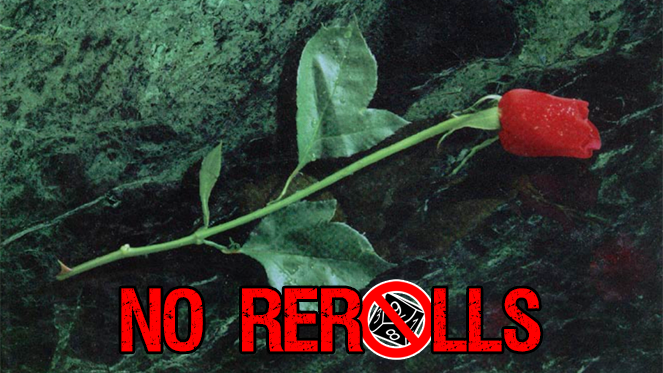 Meaning behind this – Let us try again one more time.

The reason I am stating the above is because this is the fourth… perhaps fifth time of trying to successfully write this.

So let’s do this! My name is Alex, I am 23 and currently working in Edinburgh I know the other writers (at the moment of writing this!) through a old mutual local club and have run and played RPGS/videogames with all. I will drop by and lay out a verse or two on how goes the adventures of my current game and some (hopefully) funny and insightful posts.

I Currently run a Vampire the Masquerade (2nd Ed Revised) for a few friends. I love the game. It was the first RPG that I ever got to play and it captured and inspired my imagination, however it would be a few years from when I first played it, to getting to revisit the wonderful ‘verse that is World of Darkness, and then to own a copy of the brilliant (if poorly laid out) book.

I was interested in how the world and the whole culmination of different aspects of the unknown and the almost myth were joined and how it let GM’s and players explore this wonderful (if not deadly) world. Currently I have my group running around in New York being the glorified gophers of vampire society… Luckily only one has met his final death and turned to ash for …. well falling short on a few promises to his own group. The group is a great blend with some experienced players and a complete novice to RPGing however they got bit and now are hooked. Point to note… so hooked they bought me and RPG hardback for a moving in present….

Anyway Roll Call for the group:

Ravnos – Vampires who play with illusions

All in all a great bunch and one of the best group’s I have had the pleasure to GM.. Though I miss a dear character… that being Seb Holt but that is a story for another day !

View all posts by Alex