Games Workshop releases new Start Collecting set for Slaves to Darkness – Chaos Warriors are the archetypal villains of Warhammer and it’s great to see them coming back. It’s also a bit of a surprise to see the generic, non-god-specific warriors to get some love from GW, but with the new book and the new start collecting set, love is precisely what they are getting: It’s nice to see such dynamic models for Chaos Warriors. The previous miniatures were beautiful, but quite static and very tightly posed. It makes sense, as these poses helped the miniatures rank up will in the massed ranks of Warhammer. The new knights are, similarly, a huge improvement!

Nerdvana and XYZ release TIny Tina’s Robot Tea Party Card Game – I know little about this game and am, to be honest, mostly interested because of the theme.  It’s based on the Borderlands series of vidya games.  I love Borderlands and Tiny Tina is one of my favourite characters! 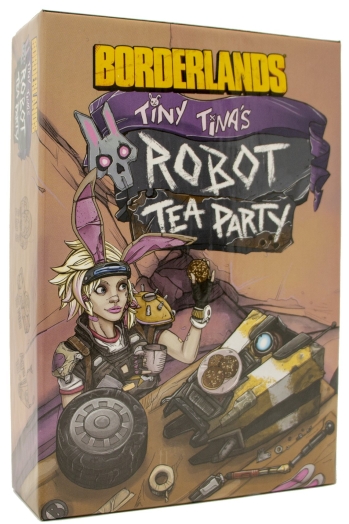 This game is a simple little game of building bots.  It’s the sort of nice filler game that I like the break out when waiting for the rest of the RPG group.  I also want more Borderlands games! Let’s have some minis and maybe an RPG!

FFG releases Expanded Player’s Guide for their Genesys RPG – A few years back, Fantasy Flight put out the first of their Star Wars RPGs, Edge of the Empire.  It’s a good game, and the range is pretty wide and varied.  Now, they have Genesys, the setting-neutral iteration of the same ruleset.  The latest Genesys release is this Expanded Player’s Guide: 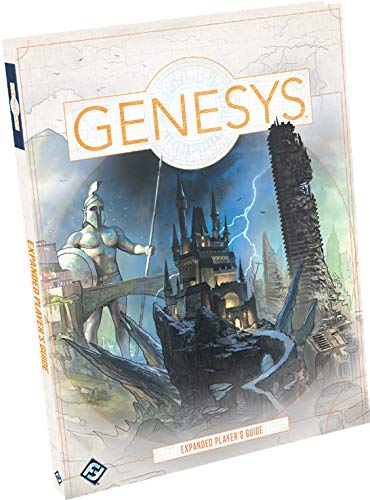 This guide contains lots of new options for players, including gear, vehicles, and spells.  For GMs, there’s also some material to help with creating custom settings for campaigns.  There aren’t too many books out for the Genesys line, so it might be a good time to jump on board if you like collecting game lines.

.Paizo’s Starfinder RPG coming to Amazon’s Alexa – Starfinder, the sci-fi implementation of Paizo’s Pathfinder Roleplaying Game, seems to be doing pretty well for itself.  The books are very pretty and the legions of people who love Pathfinder are a ready-built market for Paizo.  Now, they seem to be branching out by putting Starfinder onto Amazon.s Alexa: 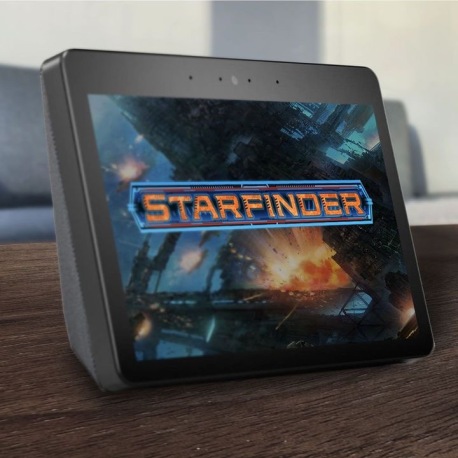 So, how would this work?  Paizo describe it thusly:

On December 16, a voice-based version of the Starfinder Roleplaying Game will be available for free on Alexa devices through Amazon’s cloud-based voice service. We’re giving you a heads-up on this release so that you can track down any of the Alexa-supported devices and, if you want, play the moment the free episode drops!

At launch, just say “Alexa, play Starfinder!” on any Alexa-enabled device. You’ll beam straight into an adapted version of “Scoundrels in the Spike,” the adventure I wrote for the Starfinder Beginner Box.

It seems an interesting concept.  I have some friends who have an Alexa, so I might to sneak a shot at one point, see how it really works and whether it’s actually fun.

Modiphius releases The Gray Death for Mutant: Year Zero – Mutant Year zero is a fun game with a really cool setting.  I like that there are several different core books, each with a different focus, be that mutants, animals or robots.  The Gray Death is a book that looks to bind those core books together into a united campaign: 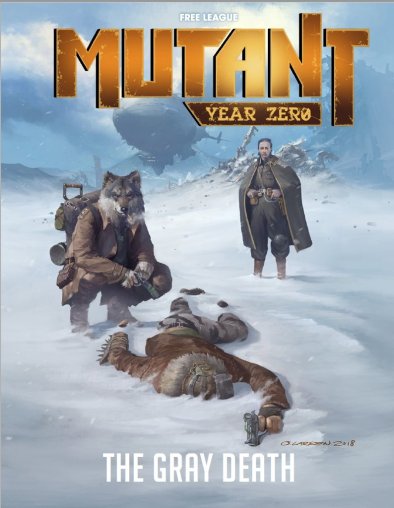 Promising to unite the various character types in the setting against a common enemy and the very end of days, The Gray Death sounds like a lot of fun!  I always liked the idea of cross-splat play in World of Darkness, but it never really worked smoothly.  It looks like this isn’t a problem for Mutant: Year Zero.

The Primogenitor – Let there be blood among the stars @ Echoes of Imperium – I love the modeling and painting style taken up by fans of the “Dark Age of Sigmar”, where fans create a grimmer, darker version of the Mortal Realms.  That’s the style that the author of this post has seemingly chosen for his Chaos Space Marines.  They’re amazing and would actually look at home in AoS as much as in 40K.

1989: Dawn of Freedom from GMT Games @ Dude! Take Your Turn! – This is one of those GMT games that I’ve long been interested in and really need to pick up when I get the chance.  It’s a card-driven game, much like 1960 and Twilight Struggle.  This article gives a fantastic outline of the game and then directs anyone who likes the sound of it to the P500 site to preorder the latest printing.

Frosthaven: The Sequel to Gloomhaven – Everything You Need to Know! @ Outside is Overrated – I need to get Gloomhaven off the shelf.  It genuinely pains me that I have spent so much money on a box which, at this point, is just gathering dust.  Even as I despair over my copy of Gloomhaven, it seems a sequel is already on the way.  It does sound good, too.  This article has a ton of information on what to expect from this game, all gathered up neatly in one place.

Corvus Belli’s Infinity the Game Panoceania Special Unit Troops
@ Holt Miniature Painting – I continue to love Infinity miniatures.  The author of this post has been paitning up some Pan-O troops and they look great!  Well done, and thanks for sharing!

Kill Team Batrep: The Daemon Forge @ Ars Scripta – This is a lovely writeup of a Kill Team Game.  Not only is the battle report great, but there’s also a nice bit of fiction and a lot of really nice, crisp, wonderful pictures.  A good read for fans of 40K and Kill Team!

It’s been a busy week! We’ve looked at a couple of 13th Age Bundles of Holding, did a bit of wishlisting for 40K miniature updates, and revealed part 1 and part 2 of this year’s Top 50 games list.
Catch you later!