Fantasy City Sites and Scenes up on Kickstarter – This 52-page tome is another of these cool little third party supplements that focus on a particular topic. In this case, it’s all about fantasy cities. I love a city-based game and this promises to give me exactly what I want: 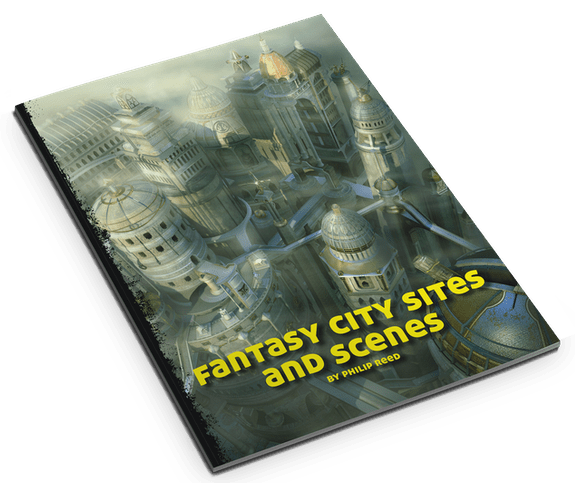 With 16 distinct city sites and 12 pages of encounters, there’s a lot of content stuffed into this wee book. The campaign is pretty simple, too. It has clear goals and is not bogging itself down with any stretch goals in which the creator promises the world and delays the projects to try to deliver.

Elite Metal Dice campaign underway on Kickstarter – Metal dice are so inconsistent. Some of them look and feel great, whilst others might possess a lovely heft, but are as ugly as sin. These metal dice look absolutely beautiful:

There are a few variant colour schemes and the Elven-style lettering is really nice and elegant. The only real downside is the price, with each set costing just shy of $100. These sets are not cheap by any reckoning, but it does look like you’re getting some lovingly-designed chunks of metal for your precious monies.

Iello releases ‘Dark’ edition of King of Tokyo – King of Tokyo is a fun game. It’s basically Yahtzee with monsters! I mean, there’s a fair bit more to it than that, but it does still boil down to a simple, fun dice game with a nice theme over the top. I’ve liked the game for ages and sees play from time to time Now, Iello is putting out a cool, new edition:

The Dark edition is a cool, somewhat grittier version of the game in muted monochromatic colours. I really like the design of this edition, especially the cover art, as shown above. I already have this game, but I’m still tempted to re-purchase it for all the prettiness!

Onyx Path releases Dystopia Rising: Evolution on DriveThruRPG – Oh, it’s Onyx Path. I do love them, you know. I did not know that this game was coming, though. I’m aware that Dystopia Rising is a big name in the LARPing world, and the background sounds really interesting:

The book runs off the Storypath system, which I really like.  It purports to contain:

As soon I knew it was a Storypath game, I knew I was going to check this one out.

Teacher-Gamer Handbook seeks funding on Indiegogo – I am a gamer. I am a teacher. You’d think this would be for me, and I am keen on checking it out, but cautiously so. If there’s one thing that makes me cringe it’s the Games in the Classroom board on BGG. I just feel that it’s full of teachers looking to shoehorn games into their teaching and doesn’t feel right.  If a game is to be used, then the game should serve the lesson, and some of these teachers have that backwards.  I very rarely use a game in the classroom. I’ve used Dixit and Codenamed for vocabulary and that’s about it, beyond an after school group. What then, of this book? 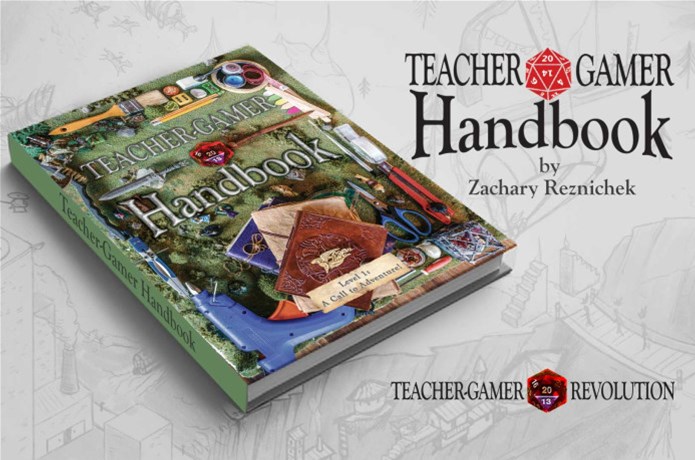 The focus seems to just be on RPGs, which is a little disappointing, but it still sounds interesting.  I like that the campaign looks beyond the book and is looking to sell packs or resources, too.  I’m curious, but I’m skeptical that it will tell me much that I’m not already aware of.  I’ve done my own research on this topic, after all.

Battletome Sons of Behemat: Tall Tales and Charge Fails @ Plastic Craic – This author is firmly on the hype train for the Sons of Behemat!  But then, why not?  I’m right there, too.  The idea of the army seems, with as little information as we have at this point, really fun.  I like this article because it really brings the author’s individual and personal perspective into play.  This is a long, fantastically detailed article that is well worth a read.

Remarkable Shops & Their Wares… In Review @ Doragon Kishu – Ooh, this book sounds fun!  I like reviews that have a lot of pictures from the book in there for illustration (you may have noticed) and this review definitely does that.  You get a real feel for what’s in the book, and it definitely supports the author’s assertion that there is a lot of content here.  Looks pretty promising.

Shed Progress – Almost Ready To Start Doing Something @ Steinberg Shed Space – Return of the shed!  I felt so bad for the author of this blog when the shed, the namesake of his site, was damaged in a series of storms.  It’s been great to see progress on the new shed and it’s really all come together beautifully.  Delighted that you’ve got a new workspace, mate!

Painted Miniature: Jaime Lannister, The Kingslayer @ Aaron’s Video Game Blog – I’ve not a huge amount to say on this post.  It’s just a nice little share of some recent painting.  The author’s done a good job on his Kingslayer and the gold looks good, which can be tricky to achieve!  Thanks for sharing.

Kickstopper: New Life For a Dead Game @ Refereeing and Reflection – See, Wraith is one of the two World of Darkness games, along with Mummy, that I just don’t know what to do with.  I like the idea of it, but I don’t know that I could really do the game justice in terms of feel or story.  It feels less accessible.  That’s not necessarily a bad thing – everything does not need to be for everyone.  This is a really in-depth review.  It makes for an interesting read that actually gets me quite enthusiastic about a game that I’m the first to admit I’ve never really been that excited about.

At NoRerolls, we have had a quiet week, all in all.