My 3D printer last week. It took a little while to get to me, coming from the Netherlands, but it arrived eventually and we managed to set it up and get going pretty quickly. I went for a Creality Ender 3, based largely on price and several recommendations from friends. We printed off an initial test print and all seemed to be going well. Look at the wee guy? Ain’t he cute?

He turned out well, and it was great that we got this going to quickly out of the box.

I then had a go at a second print, a little figure of Marco from one of my favourite Ghibli movies, Porco Rosso. This was the first time I ran into issues. The model is standing with his legs apart, with his feet touching the printing area. This did not seem to have enough surface area to get good adhesion and two prints were quickly ruined as one foot was dragged off the mat and the print failed. At the time I solved this problem by adding a raft, a printed mat under the miniature that increased the surface area, and helped with adhesion. 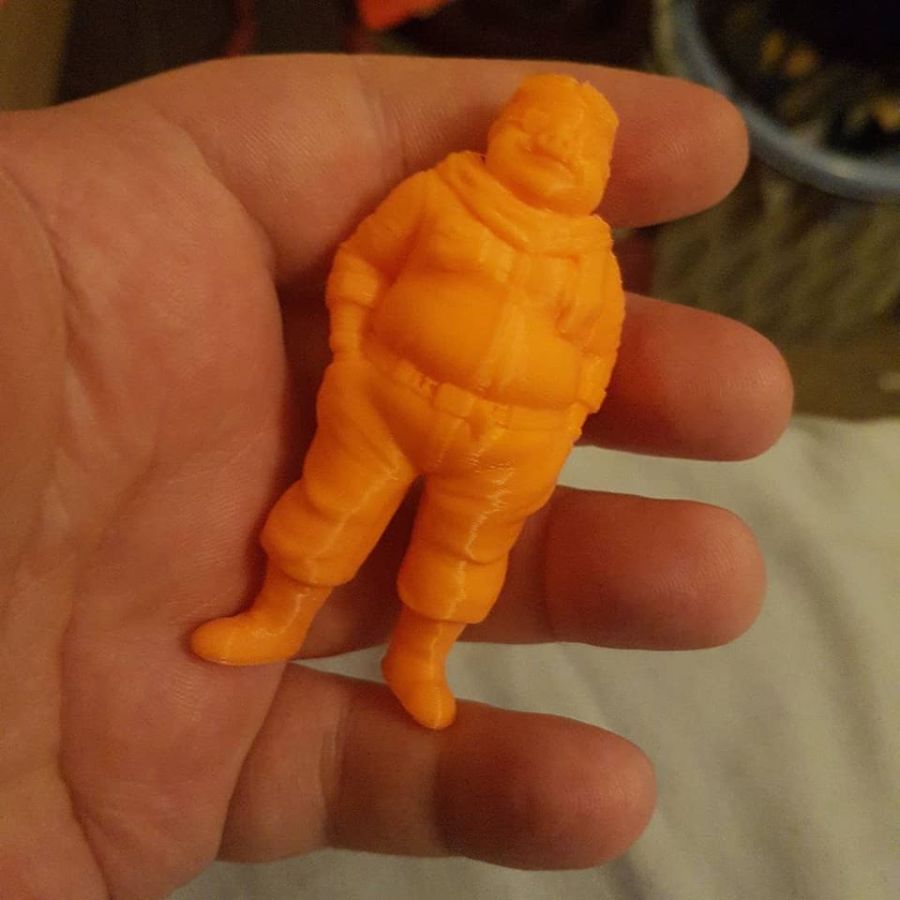 Since then, I think I resolved the issue and am now sure that the raft, although it did the trick, was not really necessary.  Through a bit of trial and error, it became clear that some of the problems I was having were down to temperature, with neither the hot end nor the print bed being hot enough to really encourage adhesion.  The model came out pretty well, even with these issues, with a little bit of putting on the front of his belt and a bit more on the back.

I then had a go at some terrain pieces, which was my main reason for picking up the printer.  I found a set of files on Thingiverse that did an approximation of the Zone Mortalis terrain for 40K.  These pieces seemed simple enough and did not require supports, so I have them a go and they turned out pretty well:

I was happy with these prints and quickly found my first spool of filament to be running down.  With this in mind, I decided to make some light scatter terrain and sis a few batches of barrels: 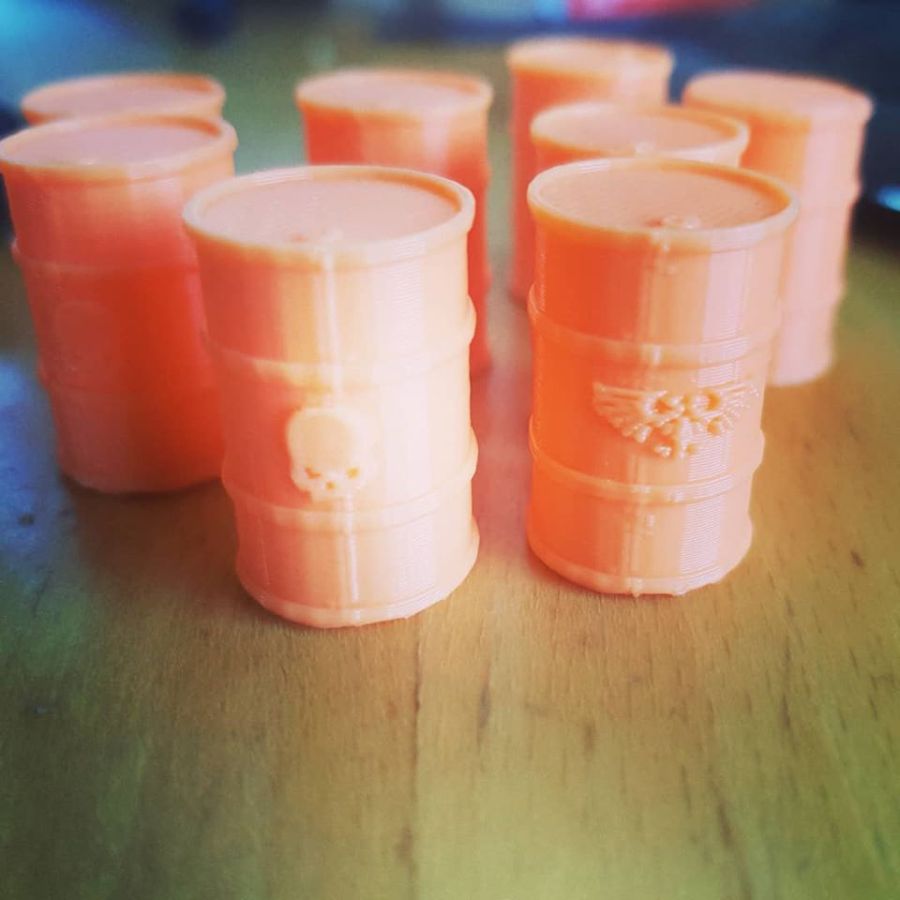 There was a slight seam on some of the barrels, which wasn’t ideal.  However, given that there were just little pieces of scatter terrain I was not too concerned.  I was happy with the icons on the barrels, which came out quite crisp.

With a new spool, I decided to try some fantasy terrain and picked up the files for Wightwood Abbey, an urban fantasy terrain set that had run a successful Kickstarter.  These are big terrain pieces, but it has long been a dream of mine to have a fantasy town board to use in games such as Mordheim, Frostgrave, Malifaux and the like.  This was an exciting prospect.  Sure enough, after a few days of printing in different sections, the first of the buildings was complete and I was generally happy with it:

There were some issues, with some of the fine detail not being quite right.  For example, a shield on the front of the turret only half printed.  My intention is to cut off the rest of the shield and just stick on a stock Warhammer shield to replace it.  There were a couple of similar issues, but all in all it was a decent print.  I’m now continuing with the town, but I’m aware that the other buildings are even larger and that this is definitely a long-term project.

I’ve just started the church and have printed two of the three floor sections.  There is a lot still to do, but to give you an idea of scale, I have included a Plague Marine, and I can tell you that the middle section of the floor has the same footprint as the house pictured above.  Here’s what I have so far:

At the time of typing, I am about 90% of the way through the third section of the floor.  I have also printed the doors and the church organ.  I don’t know that I will have enough of this spool of filament left for another substantial part of the church, so my intention is instead to print off some of the furniture.  This will be an altar, a font, some pews, and the like.

I’m really looking forward to having the fantasy town/city board that I’ve always wanted, and to get going with some fantasy skirmish games therein.

I’m also looking forward to trying different things with my printer and really seeing what it can do.  it’s been fun trying things out, and I’m keen to learn more.