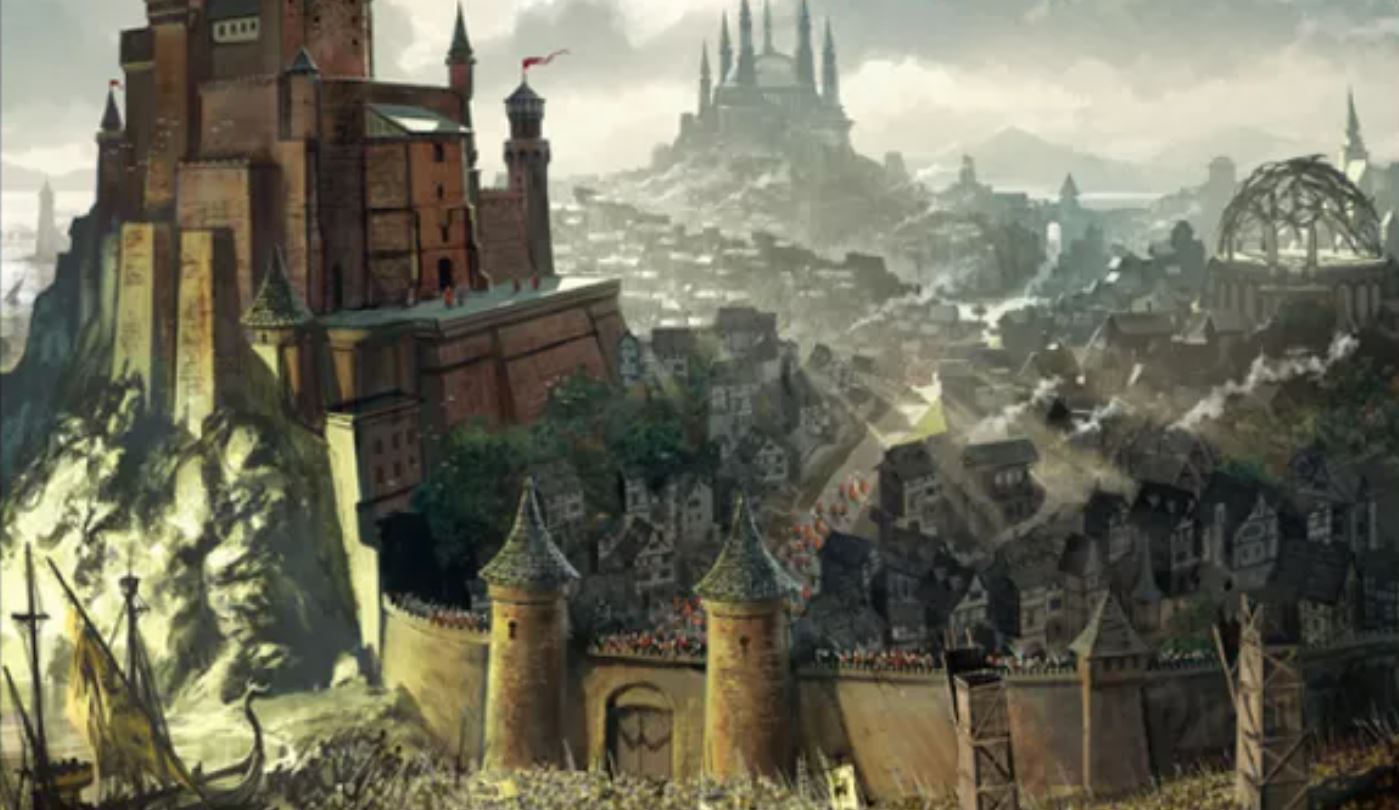 When it comes to strategy in board games, there are a couple of things that I find frustrating. One is stalling. It’s frustrating when another player is purposefully not engaging directly with other players in an attempt to “run down the clock” and maintain a lead, or at least a more favourable position than they fear they may otherwise end up with.

The thing is, I also recognise that stalling can be a pretty valid tactic. Take Blood Bowl as an example. You may be winning, or at least playing to a draw, as a Dwarf team. The opponents are playing as much speedier Elves. it makes complete sense that if there’s more to risk by going for the score, you instead hide the ball away and deny the other player a chance. It makes sense. it’s a bit boring and frustrating for the other player, but it’s the sort of thing we see in professional sports, too.

Another strategy that irks me, and the one that will form the focus of this article, is Kingmaking. This where a player that cannot win the game themselves ceases their attempt to win on their own behalf and instead puts their influence behind another chosen to player to ensure a win for them. The in-game decisions that a player makes will no longer be to benefit themselves (they make even purposefully make decision to their own detriment), but instead will make decisions to benefit their chosen player.

But, again, is this a valid tactic? It can certainly be frustrating if you’re the person not chosen by a potential kingmaker. Whereas before you were facing off again two opponents in the a three way contest, you now find yourself facing what is essentially a single, larger, unified enemy force. That said, in a game that is based on politics and a lot of negotiation and interaction between players, Kingmaking can be quite thematic.

There are ways to mitigate kingmaking, of course. They include some good ideas, such as making scores at least partially hidden until the end of the game, thus ensuring that although people will have a vague idea of who is doing well, they don’t really have concrete information until the score are tallied. On the other hand, there are other methods that, to me, are less fun. One major one is player elimination. Once a player has been put out, they cannot really influence the rest of the game. It deals with the issue, but I’d hope to only really use such a mechanism in a smaller game. There’s nothin’ more tedious on games night than being put of a game early and then sitting waiting for everyone else to finish a game that ultimately takes a few hours to play.

Let’s take a look at a couple of examples from some games in which I have encountered some particularly blatant kingmaking in the past. Namely, these games are Settlers of Catan and A Game of Thrones.

Catan is a game that sees you acquiring and using resources to expand your settlements and control more of the board. As players claim more of the board, it limits the space available to other players. The higher the player-count, the more territorial pressure is applied, especially as there is actually no way to take land back from an opponent once they have claimed it. This is not a wargame.

Ultimately, this means that there may be resources that you are simply not able to generate on your own. There are a number of different way around this, including the ability to use the robber or a soldier card to steal a random card from an opponent. Certain development cards can also allow you to gain specific resources, but this is a far from being a reliably consistent strategy and I tend to think of it as more of a bonus. No, the main method of getting the resources you want is via trade.

Trade can be done with other players, or with the “bank”. When trading with the bank, you can trade 4 of one resource for one of another, so any trade is a pretty significant investment. You can bring this cost down by controlling one of the ports around the outside of the map. Trading with players has no set cost. You could trade one resource for one other from the opponent or, knowing how desperate you are from some stone to turn your settlement into a city, your opponent may charge much more.

It is completely understandable that players will be more reluctant to trade generously with whatever player is in the lead. If the winning player wants my wheat, I intend to make him pay through the nose for it, or he can just do without the resource. It’s even understandable that this is openly discussed. What I have seen that I do find frustrating is when players base their deliberations entirely upon metagaming, rather than what is on the table in front of them. You know what I mean, when one player takes umbrage with the fact that another player won last time, or that someone beat them in a previous game that evening.

Catan, like some other games, does have some mechanisms that can potentially minimise the effects of kingmaking. Some of your score, for example, may be hidden. Buying development cards gives you one of several different cards with different abilities. These remain hidden to other players until they are used. Some of these cards give you additional points can be revealed once you are able to reach the target victory score. This means that, once players start accumulating development cards, you’re not entirely sure whether or not they have some extra points secretly banked, or even whether they have a card that can give them the resources they need to quickly score a couple of extra points.

So, in Catan, I feel that kingmaking can happen quite naturally, but it’s frustrating when it comes from a metagaming angle, rather than one that reflects the actual state of the game.

A Game of Thrones

The A Game of Thrones board game is a fantastic game put out by Fantasy Flight Games. It’s quite epic in scope, but is still very manageable, and I don’t ever feel overwhelmed when playing it because of the tight limits that are put on armies and army sizes. As with Catan, board control is really important. As you take over more regions, you gain access to more resources, increased ability to produce troops, and more political influence that can be spent to tilt the game in your direction.

There are armies, and they do fight other armies, taking over enemy lands, forts and castles, but is this a war game? Well, yes and no. There are definitely fights to be had, and although the core mechanism of adding up my dudes and comparing them to yours is pretty simple, the addition of character cards which give unique bonuses and effects keeps the whole thing a lot more interesting that it would be otherwise. There’s a place for conquest, but there’s also a place for diplomacy. There’s a place for deals, and a place for backstabbery. That’s apparently not a word, but it really should be, at least in relation to this game.

Between the fights, the negotiations, and the aforementioned backstabbery, grudges are established. It’s therefore hardly suprising that kingmaking takes place. I mean, who can blame the Stark player, boxed-in by the combined efforts of the Greyjoys and Baratheons, for taking the side of the Martells to punish those who have wronged them. The North remembers, pal! Who can blame the Lannisters for throwing their weight behind the Baratheons when it becomes clear that, thanks to the constant raids by those pesky Tyrells, they just can’t raise a big enough army to push very far beyond Casterly Rock? Oh, we always pay our debts…

Again, it feel a bit frustrating if the kingmaking in the game is not based on the game itself, but it’s not quite the same if the ganging-up is a reaction to in-game behaviour. For one, this is Westeros. Political scheming, machinations and that lovely backstabbery are all part of everyday life for the leadership for the great houses. This is how A Game of Thrones should feel.

Something I’ve noticed in a few groups is where Kingmaking or ganging up sneaks in as a matter of course. it could be in response to one person regularly winning, or it could be for a number of other reasons. The group where I’m most affected by it myself is a group of more casual gamers that I play with when south, visiting family below the wall. I’ve found that although I tend to lose a lot anyway, I’m seen as ‘the board game guy’ and become a target because of that. I generally shrug it off, but I do get frustrated when moves from some become less about winning for themselves and more about sticking it to me.

I’ve seen the same thing in more seasoned groups, where the player who tends to win most often can become the target. You know the sort of thing, the game beginning, “Oh, let’s all take Jimmy down early so he doesn’t steamroll us all”. I’ve seen this in more competitive games like Arcadia Quest, but also games with a lot less player interaction, such as Terraforming Mars.

Ultimately, I don’t really know where I stand on this. I try to play to win, and if I can’t win, I try for as good a placement as I can get. I don’t like those occasions where I feel that I’m not welcome at a table, or that the entire purpose is to ensure that anyone but me wins, and I really feel uncomfortable when others at the table try to rope me in and expect me to do the same to others. And, you know what, it’s not even about winning. There are a few games which I often win but generally, as much as I love these games, I do not have a good win record. And that’s fine. There are lots of reasons that I play, but crushing my enemy beneath my feet and hearing the lamentations of their womenfolk are not among them. I suppose that I am frequently the person bringing the games, or one of the more experienced players, so I often see myself as something of a host. Like any good host, I really just want to make sure that everyone has fun.

#magnets, yo!
#horticulousslimux built up to lead my #daemonsofnurgle out from the garden of #nurgle and into the Mortal Realms!
First layer of #nurglesrot down on my #daemonsofnurgle #plaguebearers.
Darker bases or lighter for my #daemonsofnurgle? The rot isn't dry yet! Might go faster if I stop staring at it...
My #malleusmonstrorum arrived for #callofcthulhu and it is very pretty :)
Still need to fill the gaps, rebuild necks and elbows and so on with green stuff, but thats my first 10 #plaguebearers built for my Garden of #Nurgle :)
Progress on the #daemonprinceofnurgle :D
Workin' on a #daemonprince of #nurgle :)
Second test mini for #kitbash Garden of #Nurgle army :)
Ew. Guess I need new texture paste...
First test mini for my #ageofsigmar Garden of #Nurgle army.
My clutch of #arachnarokspider minis. Also now base textured and ready to spray :)