On Thursday, after taking a week off from the group, we had out fourth session of our The Dresden Files Roleplaying Game campaign.  It started off well for the group, with their missing member being unceremoniously dumped outside their offices, having been abducted by a local drug gang as a warning. 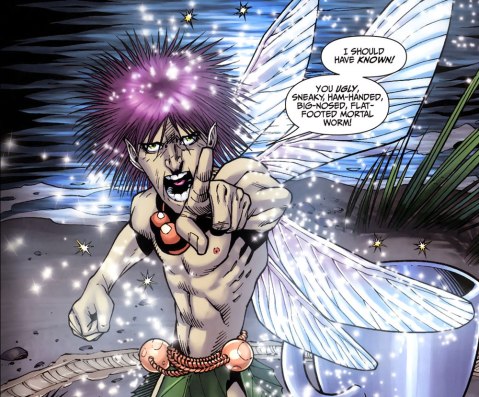 The group then held a whiteboarding session, going through their various clues and leads, before working out what their options were.  Awesomely, they decided that the first thing to do, was to visit the Faerie, Toot-Toot.  That led to a great interaction, and they left with a really significant and important clue.

This then led them back to the victimised wife of the suspect and her local church, which was a bit of a dead end, even if they did meet an interesting character in Mr. Michael Carpenter.

They went on to visit a local night club and briefly abduct a small American-Samoan child before the group’s mortal investigator was surprised to see her door fly across the room, having been struck by a small, toad-like demon. 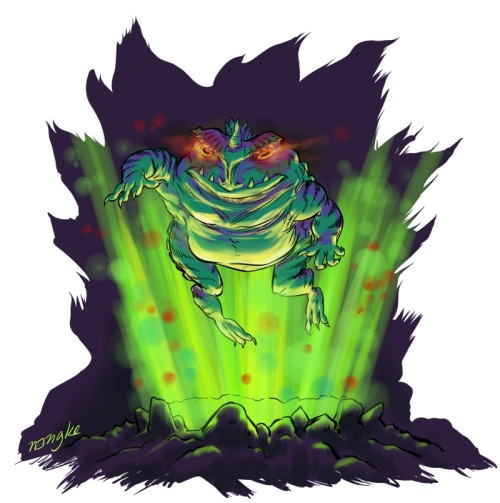 Although slow-moving, this little guy has proven to be both incredibly strong and incredibly tough, resisting most of the group’s attempts to damage it and burning the hand of one group member who was struck by the demon’s acidic spit.

As they fight continued, the Kinetomancer dragged the injured Lycanthrope out of the building, whilst the Wizard and Investigator used an escape potion to remove themselves from the situation.  As they regrouped down the street, the Kinetomancer dispelled a projected image of the demon’s master, much to the annoyance of the investigator who had been questioning it.

Finally, the Wizard decided to take the demon on and unleashed a spell that was heavy on power, but very much out of his control.  It struck and hurt the demon, but also struck the car, in which the Lycanthrope and the Investigator were taking refuge and preparing to escape.  In my defence, I did say the wizard would have to fail by four shifts to hit the car, which I thought unlikely.  He failed by five.

The Lycanthrope resisted damage, but the Investigator suffered significant burns down one side of her body and limped from the car, attempting to make her way to safety and medical health on foot.

The demon got back to his feet and that, friends, is where we ended.