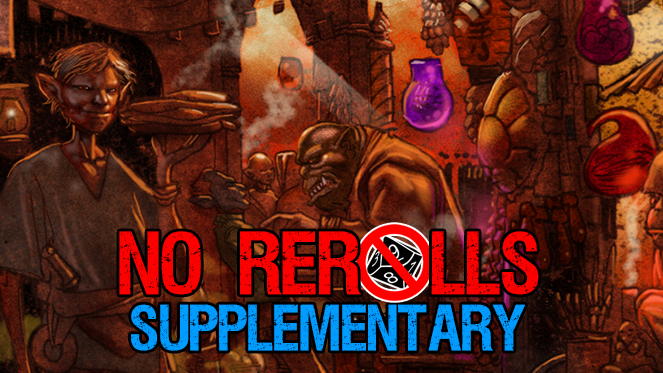 This is the first of what will be a regular feature in which I will cast a critical eye over an interesting RPG supplement.  Oddly enough, I’m going to begin with an air of finality as Goblin Markets, the final title in the Changeling: The Lost line, is today’s topic.  Here is the cover of the book and of the core book for the line:

As an admirer of the poem that this book seems to be based on, Christina Rossetti’s Goblin Market, I thought I would try to do this review entirely in verse. Really, really terrible verse…

The final book of Changeling

Do I need to own this one?

in the year two thousand, nine.

This book gives the game a fitting end

and I had to make it mine.

Inspired by the titular poem,

The books starts with a bonny tale:

It sets a certain tone, I think:

It stands up there with White Wolf’s best,

Anachronistic, and creepy too,

Is how it comes across.

A tale of desperate bargaining;

A tale of bitter loss.

Chapter one is where we see

The goblins running around their marketplace,

On their shrivelled little feet.

We learn the rules of marketplace,

Consequences, risk and the fate

Of those who would break said rules

And find their head upon a plate.

“How do they act with the freeholds?”,

Is the question you should ask.

Of the markets, several types:

Both hedge and mundane.

Some are fixed and some are mobile,

Some are fancy, others plain.

At the goods that are for sale,

And expands on the Goblin Contracts,

Such as the cocorange and dactyl

and the strange coralscalp root.

These are your character’s flaws.

(greed and gluttony are my cause).

Transformations and destinies too,

are explored to some extent.

But after all that greed and lust,

You may be feeling spent.

This chapter bursts with cool ideas

Of all types, great and small.

But in no one single campaign

Could you use them all.

The final chapter seems a little

Less useful than the rest.

Oh yes it has some good ideas,

But chapter two had the very best.

There are a number of characters,

Listed in the pages here –

All of whom are interesting

They do seem a little bit detached,

As when it comes to the scenario hooks,

Surely using them would have been

The sensible thing to do?

After all, the work was done!

I don’t think the had a clue.

That’s not to say the scenarios,

were in any way not good.

I just think they missed a trick

An object to admire.

The graphic designers of White Wolf,

Any company should desire.

Production quality is up there

With the very, very best.

It really does still put to shame

The majority of the rest.

There’s not a lot of artwork,

Though what is there, I adore.

That said, I think it could benefit

From just a little bit more.

As for it being the last title

In the wonderful Changeling line,

I hope that the second edition

Will see more books that I can make mine.

In case you are in any doubt,

Or have second thoughts at all,

Yes, you should buy this supplement,

And answer the market’s call.

The goblin markets of the fine tome

Would be at home in many games

That go beyond just Changeling,

If playing Mage and Werewolf are your aims.

This was the first of the posts

In our Supplementary series.

Future posts won’t be in verse

And will posit different theories.

4 thoughts on “Supplementary: Goblin Markets for Changeling: The Lost”