Busy times, friends!  I’m not able to put together something new at the moment, so I am sharing this post from my other blog.  It deals with fluff in games and how it can serve to set the tone and to inspire. 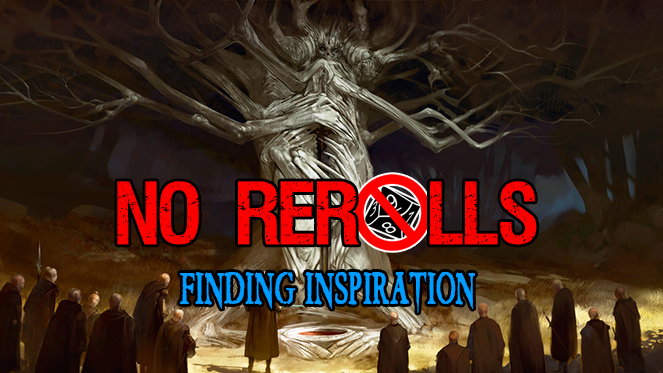 When it comes to tabletop games, flavour can be very important. Background information and stories – or fluff, as it is often known – enrich the game and give a context to the mechanical actions we take.  Battlestar Galactica gives context and atmosphere to what would otherwise be a quite simple cooperative/traitor game.  A Game of Thrones  adds character (and literally, characters) to a Risk-like strategy game, helping you to really get invested in the game and develop your own narrative as you play. 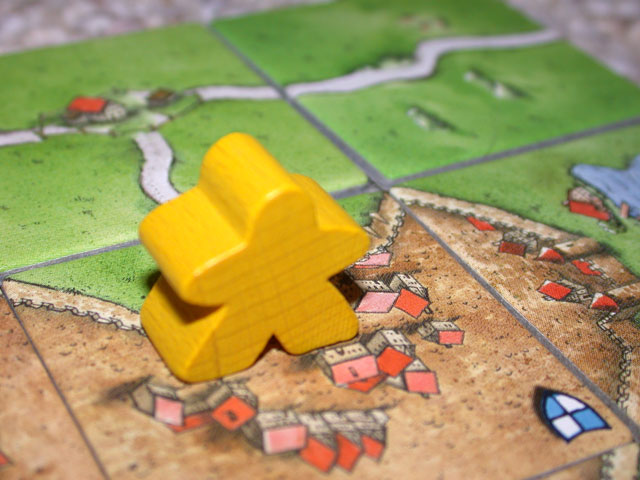 Some games rely more heavily on fluff than others.  Some game, particularly euro-style board games like The Settlers of Catan, Carcassonne or Hive, don’t have much in the way of character, story or narrative at all, relying purely on the mechanics and a loosely pasted-on theme.  And I’m not even saying that these games need stories and characters; it really is a stylistic choice.  This is one end of a spectrum, with the polar opposite end being occupied by the RPG.

RPGs are all about the fluff, all about the story, all about working together to build a narrative.  White Wolf Publishing hit the nail on the head when they refused to refer to their World of Darkness line(s) of games as ‘Role Playing Games’ and insisted instead on ‘Storytelling Games’, also replacing the ‘Game Master’ title with that of ‘Storyteller’.  I think more and more companies are recognising this too, and this is why there are more and more RPGs released that do not rely as heavily on detailed combat mechanics and pages upon pages of rules, but instead focus on storytelling and interaction.  There are also a lot of new games that employ innovative mechanisms to replace more traditional rules. 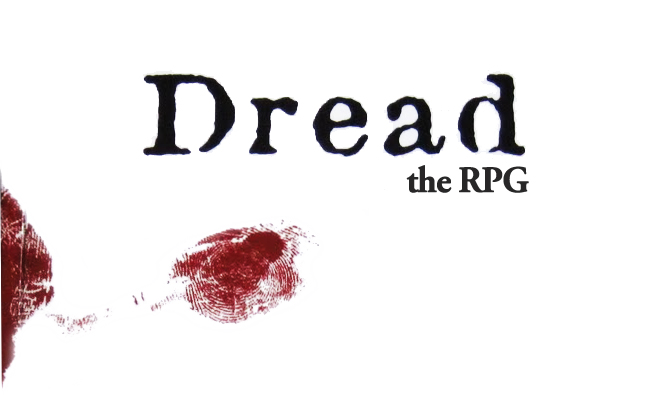 Take the horror RPG, Dread, for example.  Dread does not ask players to roll dice for skill checks, but instead has then remove bricks from a Jenga tower (other block towers are available), ensuring that whilst early tests are an absolute breeze, later ones become progressively more and more likely to fail and kill the character.  This is a great mechanic for developing tension and also gives the opportunity for someone, should they feel it fits the narrative, to purposefully topple the tower and make the ultimate sacrifice on behalf of their character, killing themselves to save the rest of the party.  This incredibly simple mechanism has a huge impact on the creation of tension and the apprehension that the party will feel with every skill check.  The impact on the narrative of these elements is similarly massive.

Whilst Dread works to encourage an engaging narrative through mechanical innovation, other games do this through flavour text, stories, character profiles and background information.  The World of Darkness  series, in both ‘classic’ and ‘new’ iterations, does this very well, although each edition does it in a slightly different way.

Vampire: The Masquerade from the Classic World of Darkness line has a core rulebook that is probably equal parts rules to story and background flavour text.  There are loads of short stories, tidbits of information and brilliant descriptions that do a lot of the creative work for the storyteller.  Across the huge range of supplements and other books released for Vampire, a huge meta-plot is developed and a rich story is told.  Even the end of the world is plotted out with the End Times series that led to the eventual winding down of the entire classic World of Darkness.

The rich, involving story of Vampire: The Masquerade was something of a double edged sword.  It was great that you had this amazing world in which to set your stories, and many people just picked up supplements to read more about the setting rather than using them for their own chronicles.  However, it was also a little daunting to try and fit your own story into the larger meta-plot.  As a single example of this, do you have a Vampire of clan Ravnos in your party?  Are they affected by the sudden urge to eat their clanmates that afflicted the clan in, I think, 1997 or 1999?  If not, why not?  If so, how does this change your story?  The meta-plot walks a difficult line between enriching and constricting, and it is this difficult balance that, I believe, led to a lot of the narrative changes that came with the launch of the new World of Darkness.

The approach to new World of Darkness games like Vampire: The Requiem, and Changeling: The Lost, is slightly different.  Whereas the older games dropped you into a rich, ongoing story, the newer games spend less time developing an overarching story and more time developing a rich but open world.  This is not to say that the newer settings are not fleshed out, as there are many short stories and bits of flavour text to get your teeth into in both the core books and the supplements.  There is just no single overarching story or vast conspiracy that you need to buy into.  You are given much more free reign to go where you want to go, where your story takes you.  You have more opportunity to create your own content and not have that one pedantic player point out that, no, the Gangrel would not be involved in this particular event after they grew disillusioned by the Camarilla in the late 90s and left to strike out on their own.  This is not to say that the old way was wrong, but to acknowledge merely that they are different, and that each approach will appeal to different tastes.

Old or new, one thing that all World of Darkness books gets right, however, is the opening story.  The opening story is so important to so many games, and is the first impression that a new reader will get of your game world.  It should capture the tone that you want your game to convey.  It should really showcase an important aspect, location, character or other element of your game. It should, and this is the most important one, entertain.  My favourite introductory story for any World of Darkness book is the short story, ‘What Alec Bourbon Said’, from the Changeling: The Lost core book. 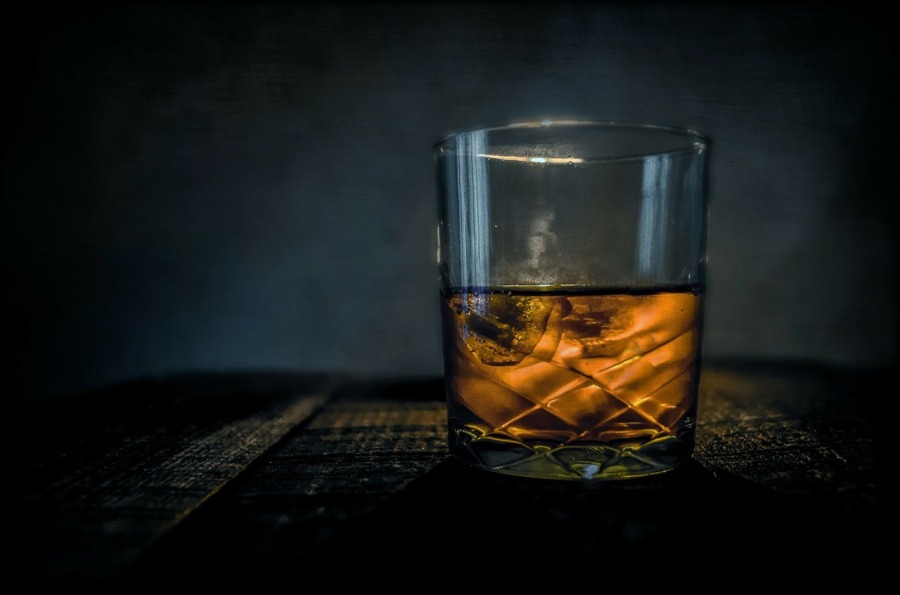 This story, which you can read over at Scribd (third page), perfectly encapsulates many of the core ideas and the tone of Changeling: The Lost.  It deals with the idea of the supernatural hidden among the mundane.  On the surface, a well known local drunk is approached in his local bar by a beautiful young woman before leaving to carry out some mysterious task.  As the story progresses, we realise that the young woman is not as she seems, and is actually a young changeling, hiring Alec to dispose of an obstacle that stand in the way of her ability to reclaim her old life.  The story builds up slowly and only really gathers speed at the point of the reveal, once we know what Alec’s task was.  I have avoided going into much detail in the interests of not rining the story for those who wish to read it, but that it deal with several key elements of the game whilst also being both short and, crucially, very entertaining, makes this one of the best introductory pieces of fiction that White Wolf has put out since my previous favourite, the introduction to the revised edition of Vampire: The Masquerade.

RPG books are, and should be, treasure troves of rich, inspiring fiction, because they need to be.  Without fiction to inspire GMs and players, it becomes difficult to convey the tone and purpose of the rules to these players.  The fiction should be a template or exemplar of what the players can do, and should excite the players at the opportunity to jump into this world.  This is something that some developers do better than others, and I’m not sure if the move towards smaller, more minimalist RPGs is helping or hurting this aspect of the product.  It is also one of the primary reasons that despite the relatively few number of RPGs I have actively played, my RPG library is quite large and continues to grow.