It’s Friday, and here on No Rerolls that means it’s time for an all new 5 on Friday.  We’re going to start with 5 exciting releases for this week before moving on to our usual digest of some of our favourite articles from the past week.  Of course, we’re slow readers, so don’t be surprised if there are some articles that are a little older – these are just some of the great articles we happen to have actually read in the past week. 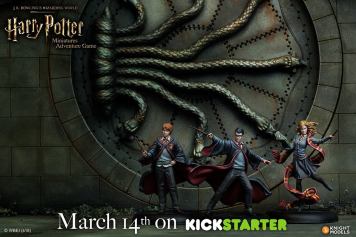 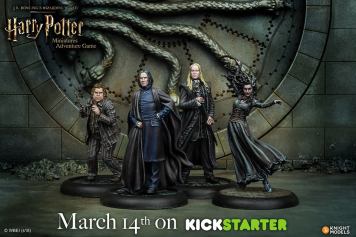 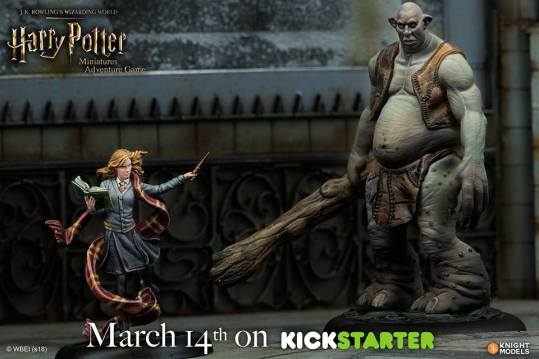 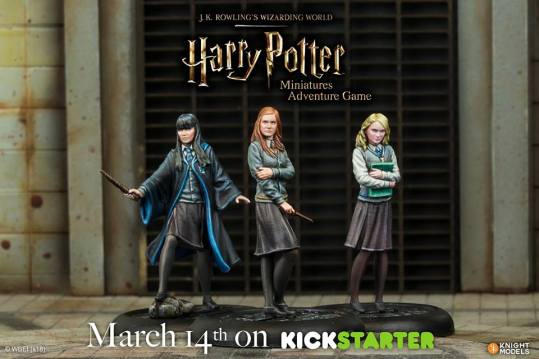 My favourite miniatures in this initial lineup are probably the Hermione Granger one, along with Tonks and Moody.  As expected from Knight, everything looks fantastic and proportions and detail are spot-on.  You can join the discussion on Knight’s Facebook page.

Skaven Warband for Shadespire – As a big fan of Games Workshop’s Shadespire, it’s great to see my favourite Warhammer race making their way into the game:

I hope that this warband will be fast and sneaky and full of really dirty tricks, as Skaven should be.  I still think it’s great that Shadespire basically gives you the entire faction, plus their cards, for a really affordable price.  ‘Entire faction’ might be overstating, given that we’re talking about 5 models, but I like that it’s a self-contained thing.  Oh yeah, and the models look cool.  Not as dramatic or unique as some of the other Shadespire minis, but nice and in-fitting with the theme.

Infinity Roleplaying Game Now in Print – When Modiphius first started touting their Infinity RPG, I was not all that interested.  I’d shown a general interest in Infinity, but hadn’t read too much into it.  Now, having gotten a bit more into the models and background of Infinity, they have my interest. 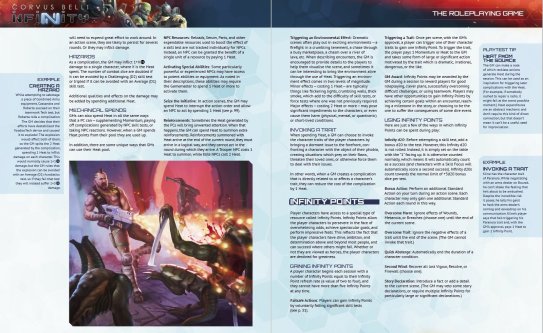 The book looks great and will explore the Infinity setting in new and exciting ways.  Modiphius always put out really good books, so my expectations will be high in terms of production quality, but then it really should be a high quality production at the price they are asking.  £40 seems a bit steep, but isn’t that unusual for a premium RPG core book in this day and age.  I’ll be watching the coverage of this one.

The Dark Crystal Board Game released – River Horse have produced a game based on classic cult movie, The Dark Crystal.  Yeah, the film is pretty creepy and was never one I was completely on board with, but the game looks interesting: 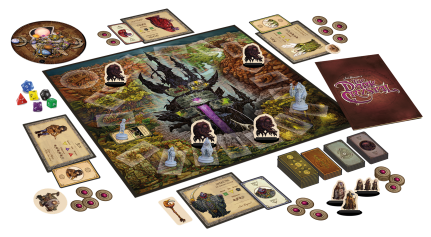 Definitely one for fans of the film or Alessio’s games.  I’ve linked to Gameslore, an online store, instead of River Horse for this one as River Horse’s website is terrible.  Also it seems to be in stock on Gameslore, but not on River Horse.

Mutant Explosion Deck released for Paranoia – I’m always on the look out for new ideas for my games of Paranoia.  It’s one of my favourite RPGs and featured heavily in my top 50 games for the past two years.  Naturally, I’m delighted to see more releases for the current line from Mongoose Publishing. 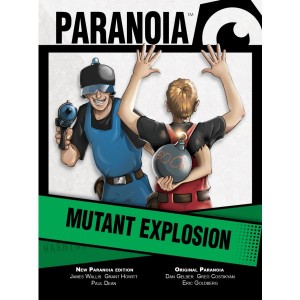 This is a deck of cards with lots of cool, new mutations for your troubleshooters to endure.  Naturally, any worthwhile Friend Computer will recognise these mutations as treason of the highest order and react with appropriate zeal and destructive rage.  Of all the items on today’s list, this is the one I could most see myself picking up in the near future (as I’m trying not to buy the Shadespire Skaven until I’ve painted my other two warbands).

The meat of 5 on Friday, the article are listed in no particular order, so let’s get into some recommendations:

Dreadball vs Blood Bowl pt. 1 @ Double Down Dice – As a big fan of Blood Bowl, and as someone who wants to give Dreadball a shot, this article and the two that followed in the series makes a good read.  The author breaks down the two games by several different metrics, weighing up their pros and cons.  I do recommend reading all three articles.

I buy no new models until I fully painted the ones I already have! @ My Warhammer Blog – The is an author with the right mindset!  I wish I’d adopted this attitude a lot sooner… or at all.  Ever.  First, it helps you to manage your collection and not end up drowning in grey plastic, bare metal and unpainted resin.  It also stops unnecessary or excessive spending and clutter.  I need to learn from this author…

Blog 1: My Top 5 Favorite Games @ The FLGN – Of the author’s top 5 games, I’ve only played 1.  The game I’ve played is Caverna, which I love dearly but do struggle to get onto the table with my groups.  I’m aware of another of his favourites as Arcadia Quest is played quite frequently at the Thursday night Northern Knights gaming sessions.  Not taken part myself, but it looks pretty cool.  Of the remaining games on the author’s list, and I do want to leave a couple of them as a surprise, I really want to try Skull.  It seems quick, easy and fun.  A good read!

Gaslands Team Two @ Steinberg Shed Space – I’ve only recently discovered Gaslands.  I know it’s been around for a while, but I never noticed it until it was picked up by Osprey.  I love the idea of the game and am keen to take some tools to a selection of die-cast cars to make them all post-apocalyptic and whatnot.  Posts like this with simple-but-effective conversions really inspire me to throw my own hat into the ring, too.

An Infinity Demo Night @ GeekOut South-West – This is a great article wherein the author describes a very similar initial experience with Infinity to my own initial fumblings with Corvus Belli’s sci-fi skirmish game.  The evening the author attended looks like it was great.  The write-up is good and there are a ton of fantastic pictures.  I need to get my own board in order!  I actually have some of my TTCombat stuff sitting out on the desk right now, to be worked on over the long weekend.

On No Rerolls, we’ve been maintaining radio silence this week.  I’m currently working on a little article about Deck Building games for this week, though.