Sands of Dorne expansion for the A Game of Thrones card game – oh, Dorne… so underused, or perhaps misused in the TV show.  They are the latest big expansion for the AGOT card game and as usual, you get a wee box bursting with cards around the theme of the named house; in this case, Martell:

For an LCG that you’re not taking too seriously and aren’t looking to spend huge amounts on, these deluxe expansions are the ways to go.  You won’t get the huge variety that comes with also getting the wee chapter packs, but with each box themed around a house, you will get good, playable decks for each house.  If you’re looking to play competitively you’ll need it all, but the deluxe ones give a good stand-alone game experience.

Elite Dangerous RPG added to DriveThruRPG – Elite Dangerous has been sitting in my Steam library unplayed for a looooooong time.  I just have not gotten around to it, stretching back to a time that I was trying lots of different games to find one that scratched the same itch as my old, beloved Freelancer.  Now there is a tabletop RPG available:

Not sure how I feel about a space flight and space combat themed RPG where players might spend most of their time in individual cockpits.  As a GM I don’t know that I could do that premise justice in a meaningful way, but it’s a different enough that it caught my interest among the new releases. 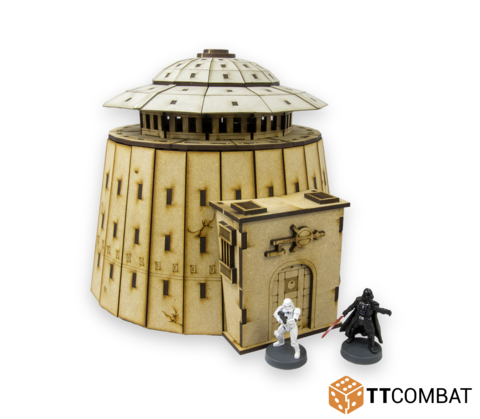 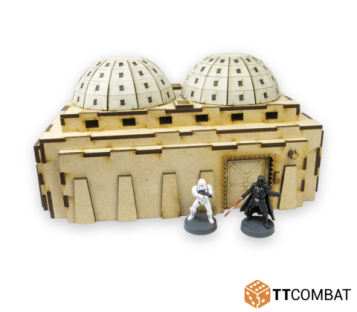 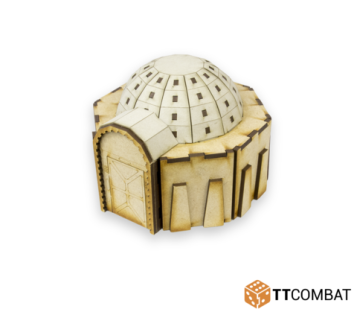 These buildings seem based on Tatooine from Star Wars, most likely being released to cash in on the release of Star Wars: Legion.  It’s not a game I’m too excited about, but I could see myself possibly using these buildings for 40K or Infinity on my desert mat. 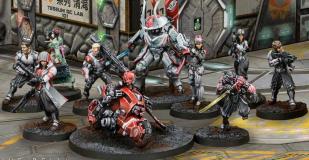 There is not a single model I dislike in this set and I love that many of the models look really dynamic.  I like the big guy and the biker in particular.

Necron Codex for 8th edition Warhammer 40K – the Necrons are an odd army to me.  I remember long before the plastic Necrons came out there was one guy at my then-local Games Workshop who was obsessed with them.  There was little lore for them and very few (goofy looking) models, but he had whole units of the same model and kept swearing blind they’d be the next book.  They were not.  Well, until they were. 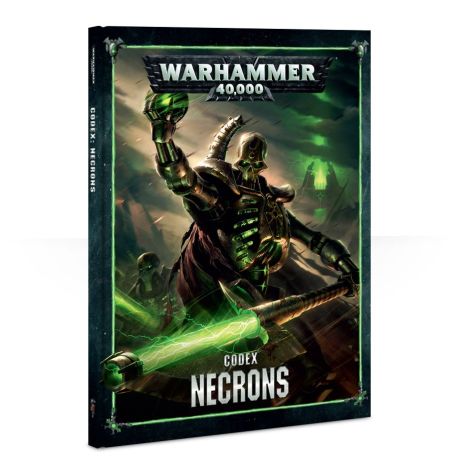 The latest version of the codex is now up for preorder.  The warrior models and the background have never gripped me, but some of their troops and vehicles are really nice.  Not the Monolith, though.  That looks silly.

Martin Wallace Discworld Game to be Rethemed @ Dude! Take Your Turn! – An article that can be seen as sharing good news or bad, depending on the angle you want to take.  It’s good that this game is getting reskinned, but it’s a pity that it’s losing the Discworld theme that formed a big part of the game’s charm.  To non-fans the theme is not changing hugely, changing to a Victorian London setting that is not that far off from the fantasy city of Ankh Morpork.  There seem to be some tweaks happening to gameplay, which is probably for the best.  So yeah, a good game coming back, but without the license that endeared it to many in the first place.

Eldritch Horror – Facing the unknown alone @ Tabletop Gaming Den – Eldritch Horror is a great game, and it’s wonderful to read about someone enjoying it.  The author of this article is giving it a go as a solo game, and I reckon it would work well when played this way.  The author shares some thought on how it worked and how their game went, punching it up with some good pictures.  A good game and a good read!  The little resolution at the end, of expanding games already in one’s collection rather than adding new ones, is also interesting.

Meet the Party: Star Wars: Dawn of Rebellion @ Cannibal Halfling Gaming – I try to avoid linking to the same place two weeks in a row, but I really enjoyed this article from Cannibal Halfling Gaming.  In it, the author goes through plans for an upcoming game of Star Wars.  The best bit is also the meat of the article; the run-downs of each of the player characters.  It’s fun to read about what people are playing and I like FFG’s Star Wars system a lot.

Painting Jeanne d’Arc and the Harlequins 6 Infinity Event @ Splayed Paint Brush – just gorgeous painting, here.  The Jeanne model is beautiful and the author has totally done her justice.  Actually, the whole list looks great.   In addition to the great pics, there’s an interesting rundown of the event that the author attended.  Fantastic article.  Really enjoyed it.

Malifaux Models…so Lonely… @ The Dad Blog – I feel your pain!  I live in a very remote part of the country and the three other Malifaux players have all moved away in the past few years for work, education and family reasons, respectively.  My models are gathering dust.  I will say though, I love the colour scheme the author has going on.  Mostly monochromatic with some pinches of bright colour.  It works so well.  Great effect!

On No Rerolls, we’ve been a bit quiet.  I have posted my weekly hobby update over on Hit Somebody.