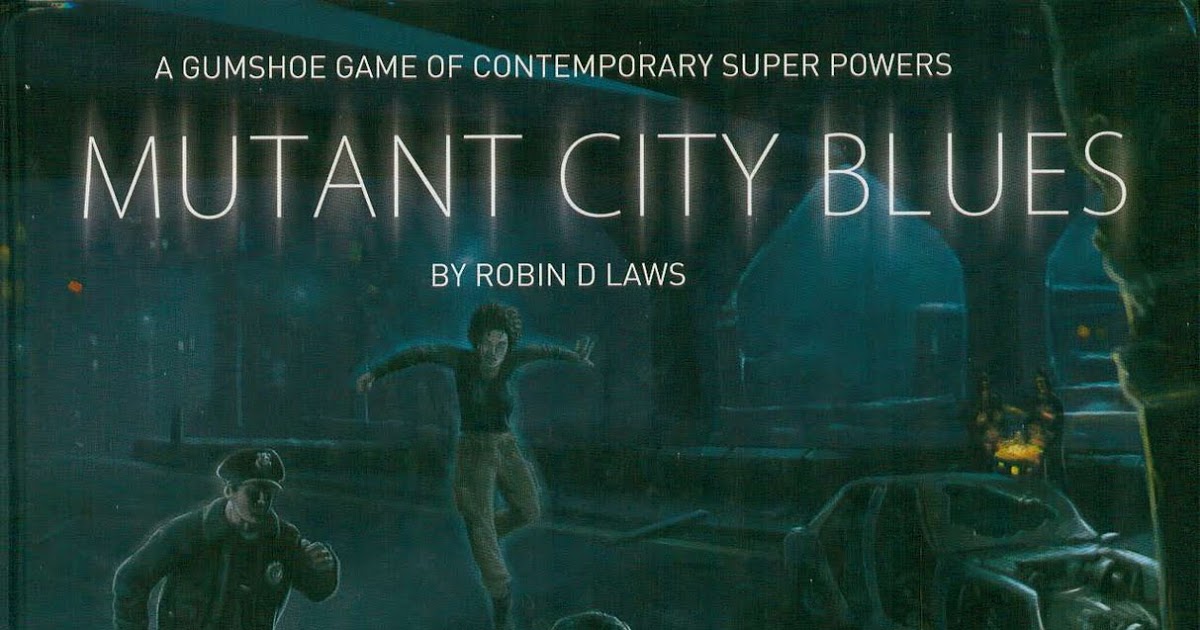 Mystery is a crucial part of many RPG campaigns, but there are some fundamental issues with the structures of some of these campaigns.  It’s great when players find, identify and interpret clues, but they don’t always find them, and a couple such misses can leave a mystery unsolvable.  I mean, this can be overcome by some adaptation or guidance by the GM, but that can appear clumsy or rob players of their free will.

Gumshoe allows a slightly different approach, wherein investigate skills are automatic and the interpretation of clues, rather than just the finding of them, is what matters.

GUMSHOE is a system for designing and playing investigative roleplaying games and adventures, emulating stories where investigators uncover a series of clues, and interpret them to solve a mystery.

In a GUMSHOE game, the player characters discover something which triggers their investigation, and then the Game Moderator (GM) narrates them through a number of scenes, during which they use their Investigative Abilities to gather the core clues they need to move the narrative forward. They must then put the clues together to uncover the secrets behind the mystery.

Bundle of Holding currently have two different Gumshoe bundles, including several different games that use the system.  The first of these bundles is the Bundle of GUMSHOE.  As usual, the bundle is broken down into two tiers.  The first tier costs $13.95 and will net you the following:

This tier gives you two distinct games that use the Gumshoe system.  Ashen Stars probably interests me most, being the sci-fi offering.  The tier also offers Mutant City Blues, which takes place in a dynamic city plagued by vicious supervillains. There are also a handful of supplements included but, to be honest, none that really jump out at me.  The meat of this tier is definitely in the two core games.

The second tier is priced on a threshold which, at the time of writing, is sitting at $29.14.  This price includes everything from the first tier plus the following additional titles:

This tier is fantastic.  As with the first, it includes two full games that run on the Gumshoe system.  This time, it’s the horror RPG, Fear Itself and the vampiric spy thriller, Night’s Black Agents.  I’ve heard a lot of good things about Night’s Black Agents, so that’s an exciting inclusion.  The supplements in this tier are also a lot more interesting than the ones in the first tier.  Dead Rock Seven looks like a really cool scenario for Ashen Stars and the other two supplements give a selection of scenarios for Night’s Black Agents and Mutant City Blues.

This bundle is actually a re-release of one from 2013.  Alongside this re-release, Bundle of Holding have put out a second bundle with yet more Gumshoe awesomeness.  The first tiers of this second bundle is priced at $9.95 and includes:

Unlike the first bundle, there are no unique games in this bundle.  This tier is full of content for Night’s Black Agents, Ashen Stars and Mutant City Blues.  The Looking Glass city guides look interesting, as do the Ashen Stars supplements.  I don’t feel you quite get your bang for the buck on this tier, but if you’ve been enjoying your games from the first bundle, this will help you to flesh them out.

Again, the second tier is priced on a threshold which is currently sitting at $22.63.  Content in this tier includes the following:

Overall, I’m still not so sure on this second bundle, but Double Tap and Accretion Disk both seem like essential expansions to Night’s Black Agents and Ashen Stars if you’re intending to run a long campaign.  They take it along to the next level and will allow for greater and longer progression.  The compilation of ‘Zooms’ is interesting, too, giving little individual modules to plug into any Gumshoe game that allow you to use different types of ritual and magic.  This tier does seem a bit more inspiring than the first.

So, we have two bundles at the moment.  We have our core Gumshoe bundle, that you can view by clicking here.  This bundle looks fantastic and gives you a lot for your money – most notably three complete, fantastic games.

We then have our expansion bundle, which you can view by clicking here, that is more situational.  Where it becomes really useful is if you intend to run longer campaigns for the games you got from the first bundle or love to have a lot of choice in what you do.

As usual, Bundle of Holding is putting a share of the proceeds from these bundles to a charity.  This time, the charity that benefits is Womankind Worldwide, a global womens’ rights organisation.

I’d heartily recommend the first bundle, but I’d say that you’d have to have a think about whether the second one is something you need.  There’s definitely a use for it, but I’m not sure that I’d run Gumshoe games as long, multi-adventure campaigns that would benefit from some of the best content from the second bundle – and this content does seem really good – so personally, it’s a pass from me on that bundle.  But then, if Gumshoe is going to be a really regular feature in your group, it would really be an essential purchase.