On Sunday, I posted an article about Apocalypse World, an RPG that, for me, really captures a lot of the tone of the Borderlands series of video games.  I say it was published on Sunday, but it had been sitting unfinished in my drafts folder for several months, so it was nice to clear it out!  It’s also content for this blog that isn’t 5 on Friday or my drooling over a Bundle of Holding.  That’s nice, too.  It had been a while…

Anyway, a quick Google search later, I stumble across this:

No Rest for the Wicked is a Borderlands-themed conversion for Apocalypse World!  Woo and yay!  Just what I asked for.  Thanks, internet Santa.

Just to reiterate something I’ve probably said before, I love Borderlands.  I love the game, the tone of it, the characters, the story, the enemies, the world.  The core game is great and the DLC actually feels worth buying.  I like replaying the game with different characters/classes.  No Rest for the Wicked has playbooks for all of the classic classes from the video game so that you can put together your own part of vault hunters.

Part of me really wants to play this.  Another part thinks that the original Apocalypse World was close enough.  A third part is just hungry.  A fourth part wants to take the PDF (oh, you can click here for that) and reformat it to build in more actual Borderlands art and reformat the playbooks to be a bit more like the typical layout in other Powered by the Apocalypse games.  I get why there might not be much Borderlands art in the PDF, at least for an unlicensed game like this one.

That doesn’t mean I can’t put together a copyright-breaking, plagiarism-tastic booklet for my own, personal use.  You know, no selling nor distribution – all that jazz.  That said, the art in the book is still pretty decent, and the authors do a good job of making the sidebars and whatnot look like the menus from the video game: 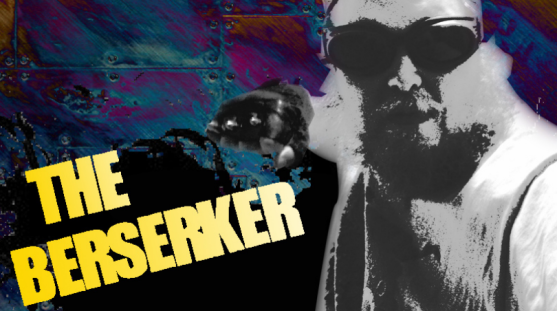 The game is pretty much what I’ve come to expect from a game based on Apocalypse World.  There are playbooks, sections on basic and special moves, GM advice, guidance for the first session and setting-specific bits and bobs.  The most ‘Borderlands’ bit of this is probably the gun generation rules.

The Borderlands series does not have fixed stats for specific guns.  Instead, they are randomly generated from a number of different templates and tables.  This leads to some really cool combinations in the game, with some really great gun being dropped by enemies.  Of course, there are terrible ones, too.  That’s fine, it’s all about the RNG.  My favourite bit of this system is the inclusion of several different brands of gun, each of which has a different look and some unique features.  No Rest for the Wicked simulates this with a number of tables.  Here’s the pistol brand table as an example of what I’m talking about:

I’m going to read this one from cover to cover and take a proper look at whether I’d rather use this or the original Apocalypse World for playing on Pandora.  I really liked the idea of the book, and the playbooks are tweaked to fit the individual classes.  I really like the gun generation and will use it with whatever version I end up using.  Actually, I’ve got some other ideas for other games where I’ll probably try to make a similar system.

Whatever way I end up going, I’m always delighted to find these kinds of fan books online.  Perhaps it’s worth looking for more of them for other properties I love.

See you on Pandora, vault hunters!

1 thought on “No Rest for the Wicked: Roleplaying in the Borderlands”