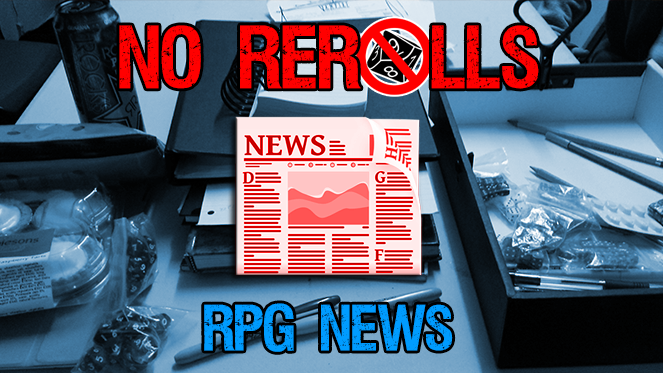 Modiphius is the UK based developer of roleplaying games such as Achtung Cthulhu, Conan and Mutant Chronicles, as well as the upcoming Infinity.  On the 10th of May, Modiphius announced their new Frontiers project, which is a series of living campaigns:

The idea of living campaigns is not particularly new.  Games Workshop used to be well known for them, with their Third War for Armageddon campaign for Warhammer 40,000 and their Dark Shadows campaign for Warhammer.  During these campaigns, players were asked to play games and report their results to be factored into the ongoing story.  It was an engaging event because, by simply playing your favourite game, you were helping to shape the narrative of the campaign.  That was pretty cool, and certainly had me spending a lot more time in the Falkirk branch of Games Workshop, back in the day.

Modiphius are taking a similar approach.  They describe a living campaign thusly:

A living campaign could be described as a series of regularly released scenarios that groups commit to playing, and then each month submit results of their game.  The new living campaigns from Modiphius will be taking information from those who play in them to shape the way the storyline grows.  These will culminate in major convention scenarios that will decide the shape of things to come.

Living campaigns are some of the most interesting and innovative parts of tabletop roleplaying, and we’re really excited to bring them to our popular series of RPGs. It’s a great way to bring our community together and we’re really looking forward to getting their feedback and telling some awesome stories together.

It’s a smart idea.  I have many board games and roleplaying games on my wishlist, but I often find myself buying other, newer items first.  By creating a live, time-sensitive event, Modiphius puts a bit of an impetus on getting their games now, so that you can participate in the event.  As I said, it’s a smart idea.

All currently available details can be found in the announcement post and the Modiphius Frontiers homepage.  We at NoRerolls are looking forward to seeing how this new development goes and, crucially, whether Modiphius turn out to be trend setters in this area.