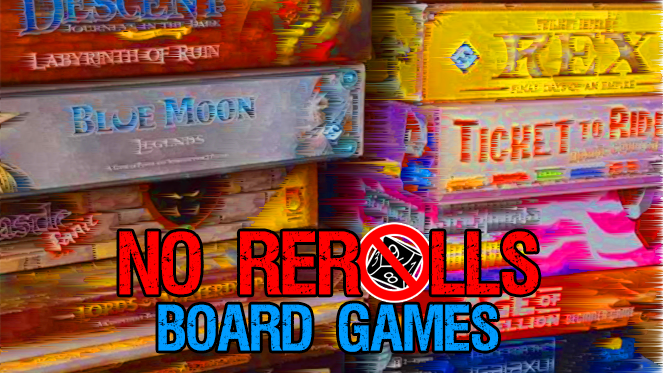 Most board games seem to get expansions – at least most successful ones.  Expansions can run the gamut from adding a few cards or minis, to a new way to play, to new board, to all of the above.  An expansion can add variety and replayability to a game, fix areas of a game that were lacking in some way, expand the player count of a game or, in some cases, completely change a game.

There are countless games that benefit from expansion – as well as some that are best left alone and unexpanded.  I’m not going to go for a definitive list in this post, as I own a lot of expansions for a lot of games.  Instead, I’m going to focus on a few games where I really needed the expansions in order to continue to enjoy a game I had loved, but which was at risk of becoming stale without new content.  There are a ton of games that could be on this list, and I’d encourage you to include your own thoughts as comments below.

Dominion was one of the earliest games in my collection and one which has seen, and continues to see, a lot of play.  My first box was not actually the original Dominion, but the stand-alone expansion, Dominion: Intrigue.  Dominion sees players purchase and acquire cards representing the growth of their medieval fiefdom.  The game has 25 sets of ‘Kingdom Cards’, of which 10 sets are used in each game.  Using different combinations of kingdom cards gives variety and replayability, but only up to a certain point with repeated play.  Eventually, you’re going to get very used to all of the different cards and play could potentially become stale.

Dominion has many expansions, each of which adds more and more kingdom cards to your collection and all of which are compatible with one-another.  Each set comes with suggestions for interesting card combos, not only internally within that set, but also across several different sets.  Having just two boxes massively increases replayability, but for the avid collector, there is room to expand this into a sizeable collection.  Personally, I don’t need to own all of the expansions, but it’s nice to have a couple on my shelf for that little bit of extra variety.

Like Dominion, this game is another deck builder and suffers from broadly the same problem, only a little more so.  Whereas Dominion uses only 10 out of 25 sets of Kingdom cards in each game, allowing for differences in play from one game to another, the DC Comics Deck-Building Game uses all of its cards in every game.  The pool of cards is far wider than that of Dominion but you’re dealing with the same pool in every game.  Games can become samey.

This is where the expansions come in, varying the available pools, giving new heroes with new powers and changing the focus of the core mechanisms.  The Forever Evil box, for example, encourages the trashing of cards, with many of the included card and powers being amplified by the number of cards in the trash pile.  This is a fundamental change of focus that changes the game significantly.  As with Dominion, the original core box experience of DC Comics Deck-Building Game is starting to get just a little stale and I will be looking to expand this game in the near future. 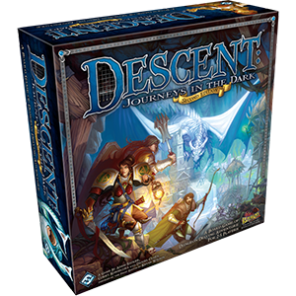 The dungeon crawl genre is one of my favourites.  Taking a hero and hacking and slashing one’s way through a dungeon full of gribbly beasts and coming out of the other side with an armful of loot and bathed in the blood of the enemy.  My two current favourites are Super Dungeon Explore and Descent: Journeys in the Dark.  In both cases, the core box allows for many different options and encounters.  They both come with a decent slate of heroes and a good selection of monsters, and they both provide hours upon hours of fun as the players delve into the depths.

Of the two, Super Dungeon Explore probably has the least initial replayability as the game is generally the same from one play to the next as it played on set tiles and the only real “scenario” is the standard go in, fight your way through and kill the boss setup.  Chucking in some new heroes, monsters and tiles helps to keep things fresh.

The same general principle applies to Descent (and its more recent cousin, Star Wars: Imperial Assault), but only a little less so.  The core box comes with heroes and monsters, but it also comes with a more modular system of small, interconnectable tiles, rather than the large, standard tiles of Super Dungeon Explore.  This modular setup allows the group to set up different maps for different scenarios with different objectives.  Each expansion adds more heroes and monsters, as with SDE, but it also gives a new book of scenarios and the tiles to set them up.

These expansions take fantastic games and make them all the more replayable.  They let us run longer, more ambitious campaigns, try out different playstyles and ultimately allow us to do that single thing that tabletop gaming is all about.  They let us sit together around a table and share great, fun experiences with our friends.