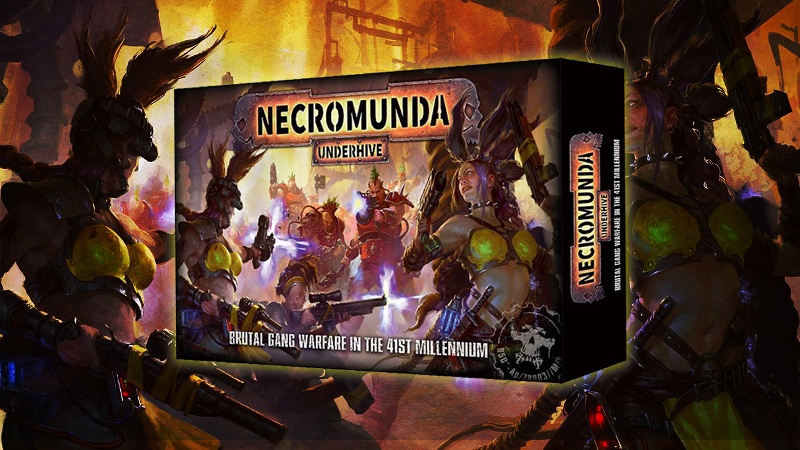 I was delighted when Games Workshop made the decision to bring back Necromunda.  I had never really gotten into the game first time around; Blood Bowl and Mordheim had been more my flavour of GW game.  That said, I loved the aesthetic of Necromunda, and I know plenty of people who truly adored the game.  I want to play it.

The only thing is, I don’t want it to destroy another game.  Shadow War: Armageddon was another game from Games Workshop, put out in April 2017.  It was feted as a spiritual successor to Necromunda, but one which eschewed the unique aesthetic of the original game and instead saw you using your existing models from existing armies as ‘kill teams’ or infiltrators. 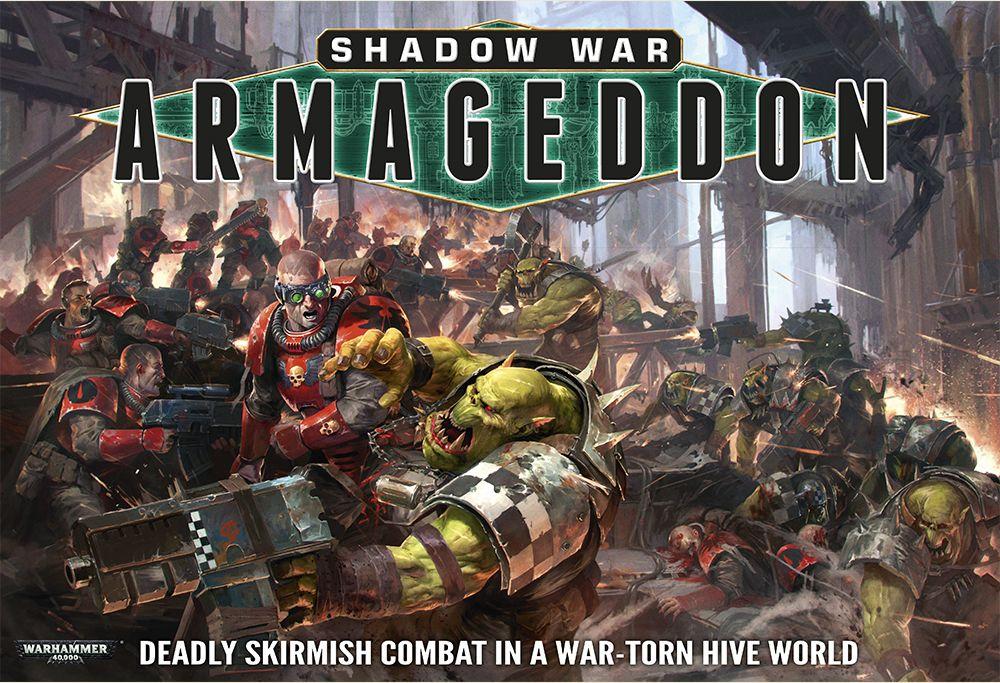 The various factions each have access to a limited set of models drawn from their codexes with adjusted statlines and options.  What appealed to me about this game was in the nature of the small model count and the scope for producing thematic, fun, customised little forces of just three to ten models.  It represents a great opportunity to try out cool conversions or explore some of the amazing, smaller model ranges from third party manufacturers.  Here are a few that I’ve taken a little look at, myself:

Kromlech’s Orks, dressed in greatcoats, wearing gas masks and with a distinctly WW1 feel to them: 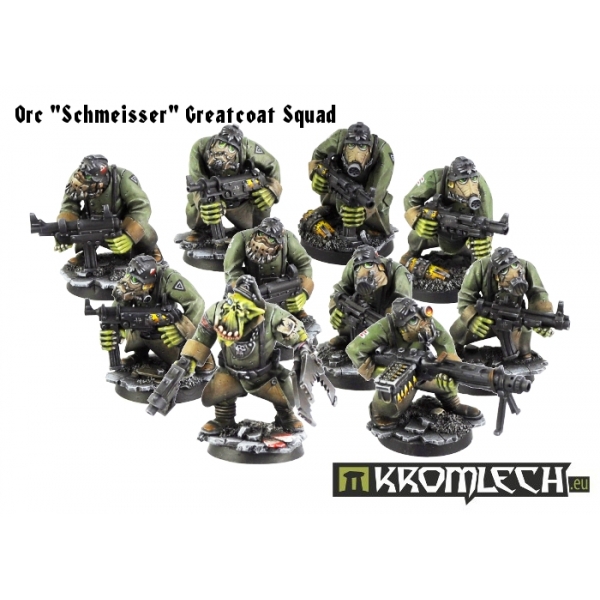 Tau characters from Wargame Exclusive.  I find these sculpts bring some more unique character to the warriors of the Greater Good. 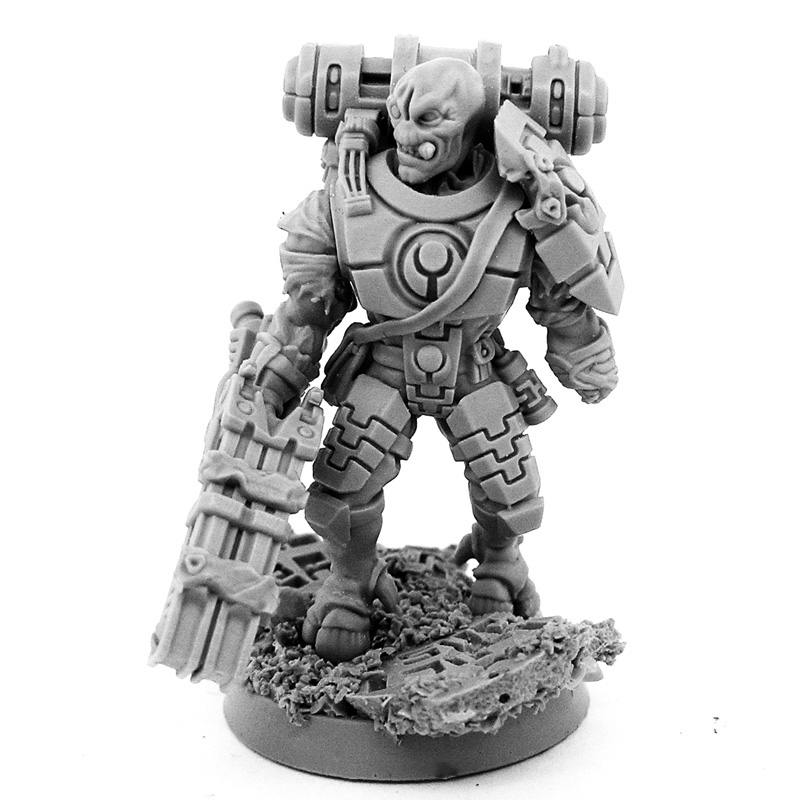 Alternative Mechanicus/Skitarii from Micro Arts Studio.  These pre-date the GW models and, although the GW models are fantastic, these are probably closer to the older, classic mechanicus aesthetic. 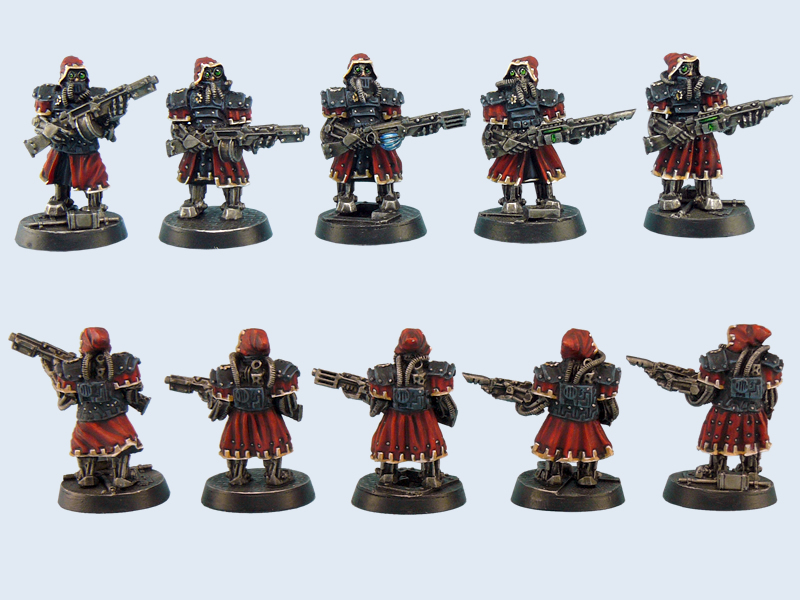 The Sisters range from Raging Heroes would make amazing alternative Sisters of Battle and, due the low model count, you won’t bankrupt yourself when buying a force of them!

Pretty much anything from the Urban Mammoth’s game, Urban War would be usable.  Mostly, these would be alternative Imperial Guard.  I could use my UW Gladiators which happily, but any of the starter sets would do.  I believe Scotia Grendel carry these now.

Finally, there are a huge number of miniatures that could be used to represent forces of the Inquisition.  I could post some grimdark, gothic masterpieces to illustrate my point, or I could share this decidedly more Spanish offering from Victoria Miniatures. 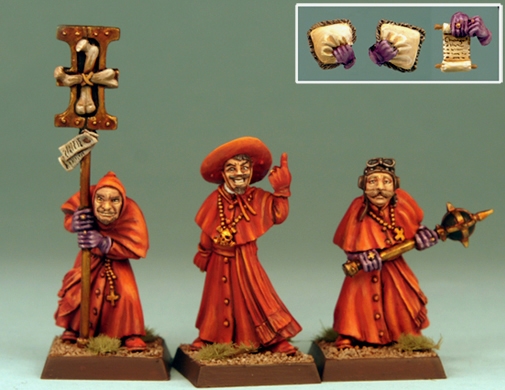 By having so few models, these ranges, which can be quite expensive, suddenly become a lot more attractive.  Of course, it’s also well suited  to those who already have collections of Warhammer 40,000 miniatures or want to explore different parts of the range.  THis is shown by the information given to retailers at the time of release: 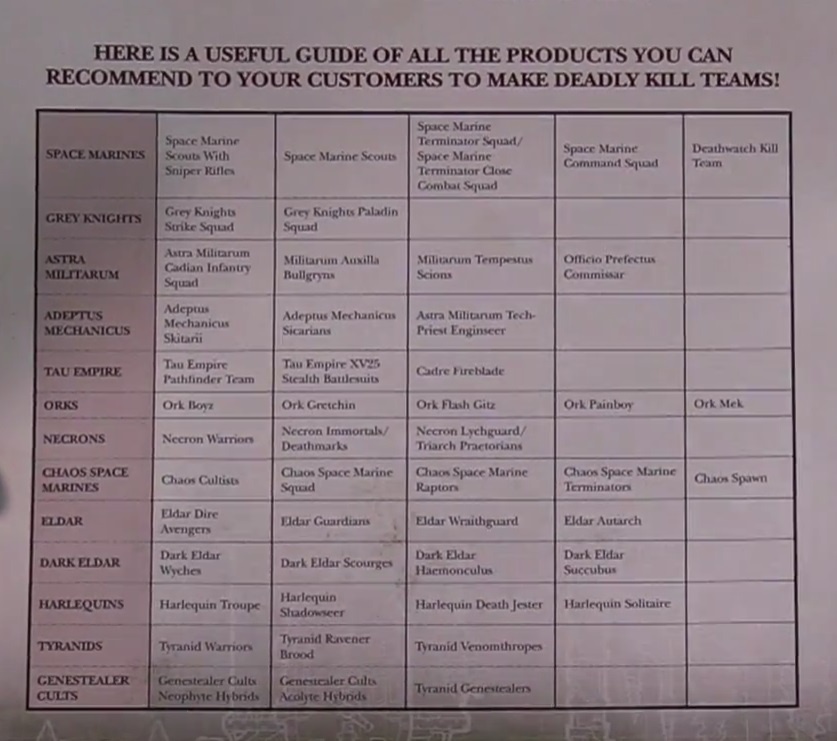 The thing is, I feel that Games Workshop utterly botched the release of Shadow War: Armageddon and set the game up for failure.  It came out mere months before the release of the 8th edition of Warhammer 40,000 which drew away the attention of many of the game’s potential players.  Shortly after the 40K release, Games Workshop then further undermined their spiritual successor to Necromunda by releasing the actual successor to Necromunda in the form of Necromunda: Underhive (which looks fantastic, by the way).

There’s also the very real perception that the game is dead and will not be supported.  The boxed release was a limited run and, although the rulebook came out there does not seem to be anything else on the horizon.  It really seems like a ‘one and done’ release from Games Workshop, and in a hobby where the shiny new thing is king, that approach really can be the kiss of death.  Perhaps GW were just testing the waters before releasing Necromunda, but it feels like such a missed opportunity.

Of course, miniatures games are not like video games.  They don’t become unusable once the console is obsolete or the game servers get shut down.  The crossover with Warhammer 40,000 models means that this game will, for the foreseeable future, always have miniatures available and will regularly see new releases of compatible miniatures.  In this way, the game will always be available to those who want to play it, so long as someone has the rules kicking around.  For now, the book is available and we all know that once this is discontinued, there will be other ways of getting hold of a copy, be it second hand or illicit.  The game will still be there.

It’s just a pity to see a good game that invites creativity to have been shoved aside.

3 thoughts on “May the Shadow War Continue”