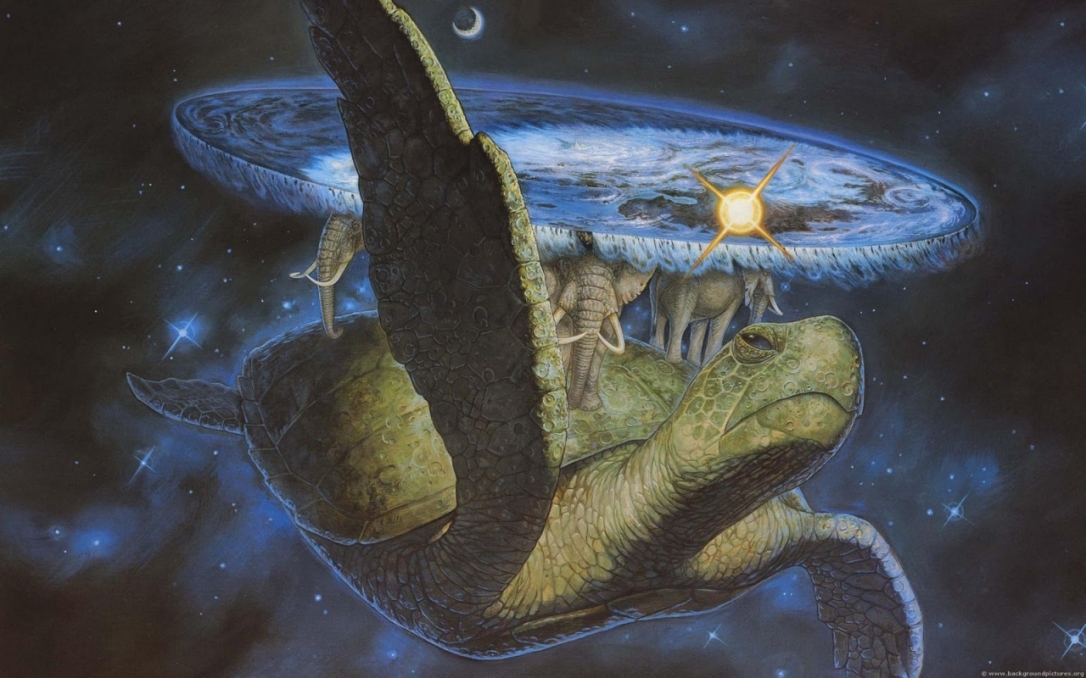 I am a huge fan of Terry Pratchett’s Discworld series of novels.  It was introduced to me by a friend in secondary school. And my first book was Hogfather.  I have since read every book in the series, seen all of the TV adaptions, read the graphic novels, listened to the audiobooks, perused the maps, used the diaries and drank the beer.  The only things I haven’t really done are paint the miniatures and wear any apparel.  Another thing I have done is play some of the games. 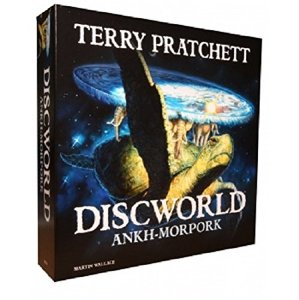 The Discworld board games I am aware of are:

Of these, I have played Thud, The Witches and Ankh-Morpork.  Thud is alright, but I prefer it as an item of memorabilia than as an actual game.  The Witches is alright.  It’s a bit simple but can be fun with other fans of the series.  Ankh-Morpork is the game that really shines.  It is a solid area control game with variable win conditions and very dynamic, changeable play.  It’s a lot of fun, especially to fans of the series who will get all of the references to character, places and events from the books. 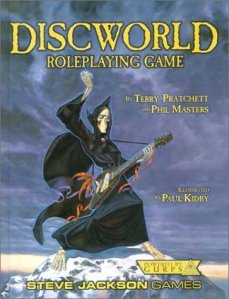 There is also the Discworld Roleplaying Game which is based on Steve Jackson’s GURPS – indeed, it was originally known as GURPS: Discworld.  These books are fantastic pieces in their own right and I love my copy of the rulebook, but they were published when the series was ongoing and many things have really been fleshed out and more fully explored since then – most notably the witches and the city of Ankh Morpork.

GURPS is not a system I’ve had much experience of, and it’s one that I don’t feel has aged well.  It’s a system that certainly has diehard devotees, but… nah, it’s just never quite clicked for me.

The Discworld series is rich with a huge number of characters, locations and stories.  The series is broken down into a number of sub-series, each with a different set of character, feel and type of story.  This handy infographic gives an overview of the different groupings and reading orders: 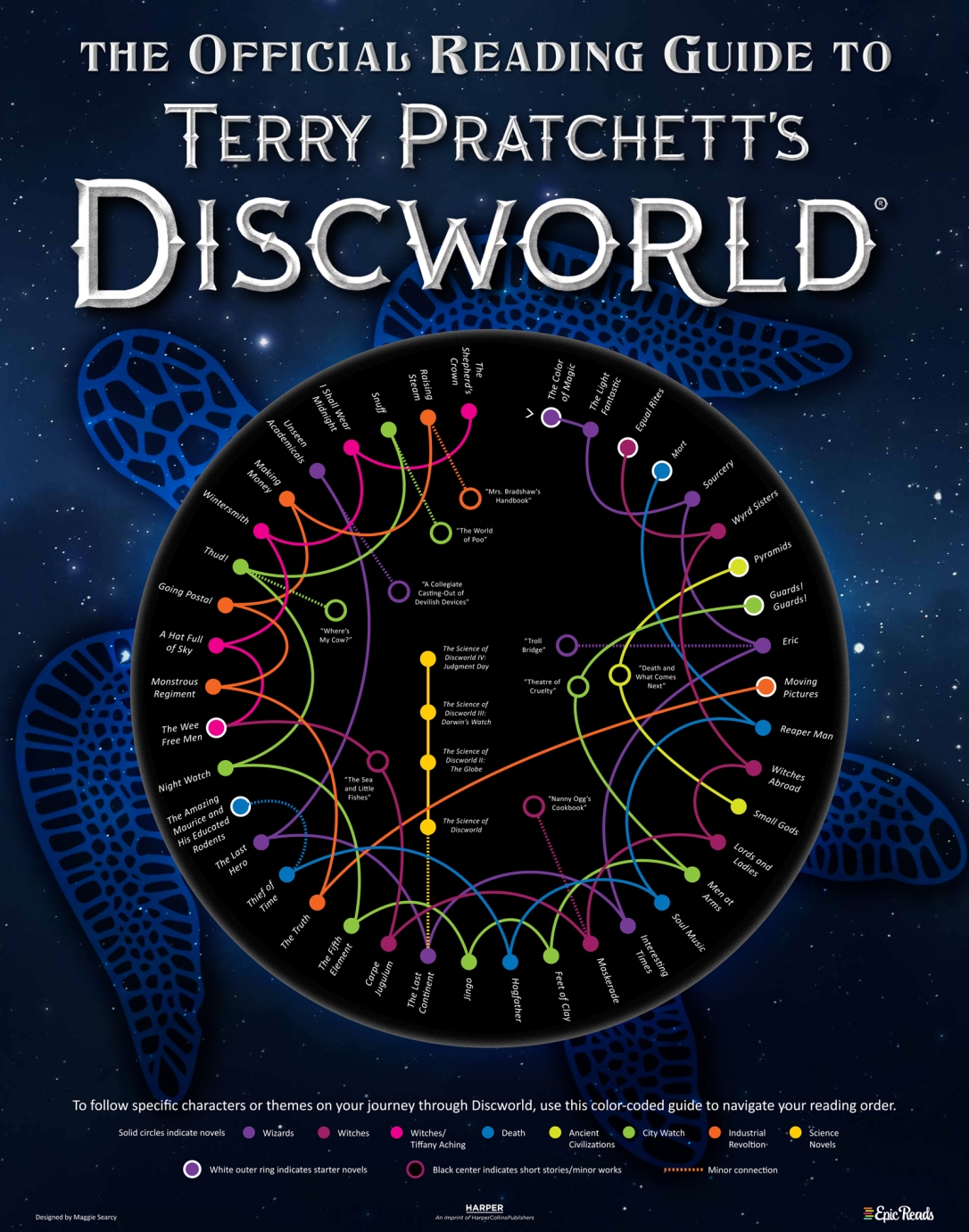 Of these various groupings, my favourite series is the City Watch series.  This follows the police force of the city of Ankh Morpork and many of the stories revolve around a mystery of some sort.  This sort of puzzle-based play would fit in really well with games such as Escape Room, Exit, Unlock or Time Stories. 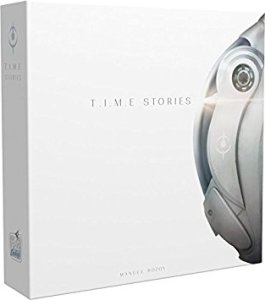 Each of these are puzzle based games that can only really be played once.  Time Stories is the most interesting of these and the board game functions as a sort of console that different stories can then slot into.  This would be great, and there is so much great art from Paul Kidby and Josh Kirby to draw on.

This story-based approach has already been successful in video game format, with three great adventure games having already been released.  I particularly enjoyed the thirrd game, Discworld Noir which, perhaps unsurprisingly, tells a detective story, complete with plenty of puzzles, in a film noir style. 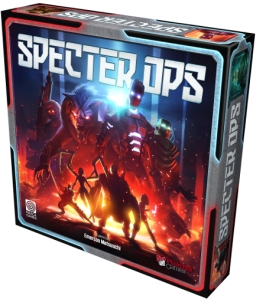 Another genre of game that would work with this series is the hidden movement game.  Titles in this genre include Letters from Whitechapel, Specter Ops and Fury of Dracula.  All of these see a single player being pursued by a group of police officers, spy hunters and vampire hunters, respectively.

I love the idea of a game where the city watch patrols the streets of Ankh Morpork, hunting down a nefarious villain.  With the big cast of characters, there would be plenty of scope for variable player powers, with each character bringing something to the table.  For example, sergeant Angua, as a werewolf, could sniff out her targets like The Beast from Specter Ops whilst Buggy Swires, the gnome, could have an increased movement or perception range from flying over the city on a bird.

There’s a lot more to the Discworld series than crime and mystery, however.  The wizards series is fantastic and would make great fodder for a game akin to Arkham Horror, Elder Sign or Eldritch Horror. 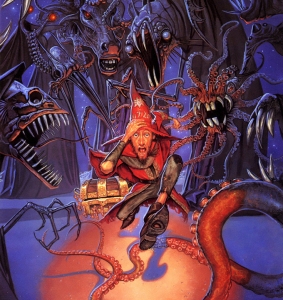 It would be great to play a game like Eldritch Horror, playing as the wizard faculty of the Unseen University as they race around Ankh Morpork, closing (and possibly inadvertently causing) rifts into the terrifying dungeon dimensions.  All the cool, regional encounters could be based around the people and landmarks of the city.  Will you survive one of CMOT Dibbler’s infamous sausages inna bun?  Dare you brave a building designed by Bloody Stupid Johnston?  Can you best a dwarf baker in a duel, armed only with a loaf of freshly baked battle bread?  Fail and the city will be consumed by the beasts and demons that threaten to spill forth from the dungeon dimensions. 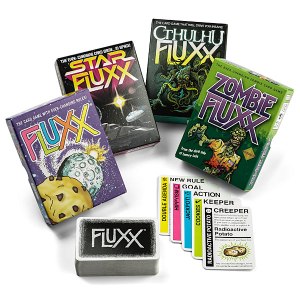 If we’re not worried about really cementing theme and gameplay, that opens up many more options.  There would the obligatory variant of Fluxx, with lots of references and jokes and art from the series.  There would also be a version of Love Letter, but with a few different options for presentation.  Instead of getting close to the princess, you could be trying to get close to Lord Vetinari, the patrician and tyrant of Ankh Morpork, replacing the various character cards with various influential characters from the series.  It could also be themed around the city watch, with players trying to get close to Commander Sam Vimes, or perhaps around one of the guilds, trying to get to Lord Downey of the Assassin’s Guild, Dr. Whiteface of the Fool’s Guild or Queen Molly of the Begger’s Guild.  There’s also the option of basing it on the wizards of the Unseen University, with players trying to get close to their nominal leader, Archchancellor Ridcully. 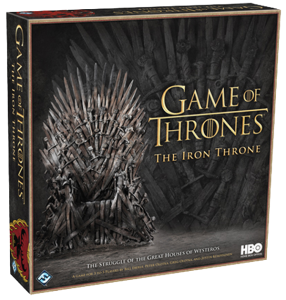 Speaking of all these characters, the fact that there are so many varied characters, many of whom have been fleshed out over decades, makes the Discworld series perfect for the Cosmic Encounter treatment.  Cosmic Encounter is a classic game where each player takes on the role of one of a huge pool of different alien species, each with unique powers that subvert the otherwise-simple rules.  Fantasy Flight, publishers of the current edition of Cosmic Encounter has done this with George R. R. Martin’s A Song of Ice and Fire series, releasing Game of Thrones: The Iron Throne.  This reskinned version of Cosmic Encounter rethemes the original sci-fi aesthetic to medieval fantasy and replaces the alien races with our beloved characters from the franchise.  This would be amazing with a Discworld theme!

The Last genre I want to discuss is the RPG.  As I said, I’m not a big fan of GURPS, but I’ve also previously tried to put together my own little homebrew Discworld games or conversions of existing games.  Now, since getting a bit of experience with the Dresden Files RPG and the underlying FATE Core system, I would definitely use this system for any game set on the Disc. 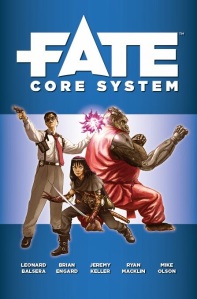 The game is setting-neutral and is flexible enough to be adapted to any series or genre you may wish to apply to it.  The number of available extra resources, including diaries, maps, city guides and miniatures that you could bring into your game is fantastic and would really help to add depth, detail and immersion to your game.  The rules are also simple enough for new players to take in.  I really love FATE’s aspects system, which will allow players to create interesting and, crucially, flawed characters.

Obviously we’re not going to see all of these reskins and whatnot, but I do feel that there’s a lot of potential for some cracking Discworld games.  Using reskins as examples, helps to illustrate this potential in a way that is relatable to those who have played the original games.  The only game that was not conjecture is the potential use of FATE for running a Discworld RPG.  That can be done easily with little real work outside of the GM’s own knowledge of the setting.

If you’re a fan of Discworld, what sort of game would you like to see?  What of the existing games have you played, and what do you think of them?  What other franchises would you love to see represented on the tabletop.

1 thought on “A World Unexplored: The Discworld”