Plan B Games released Century: Eastern Wonder – The Century games are great.  I love my Century: Golem Edition and this latest offering looks to be very good, but quite different:

Watching some reviews, this game is not as abstract as previous games, but instead sees you moving your little boats around to trade spices at different islands.  it looks cool and I like that it interacts with the original Century game to create a third game when you mix everything together.

Eclipse 2nd Edition is up on Kickstarter – Eclipse is the eurogaming alternative to Fantasy Flight’s gargantuan masterpiece, Twilight Imperium.  It’s not a fair comparison, to be honest, as they are vastly different games, but being visually and conceptually similar it is an inevitable comparison,  This Kickstarter is for the second edition of the game: 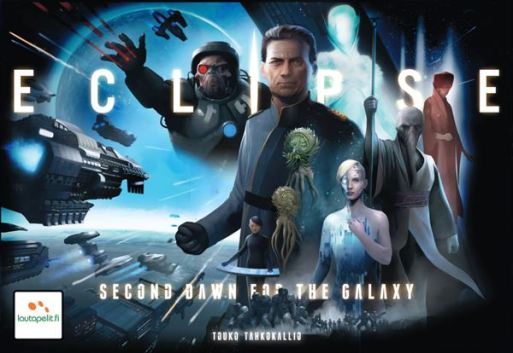 I like the idea of Eclipse, but first edition is still languishing unplayed on my shelf, so this Kickstarter will be a pass for me.  There always seems to be something else that just beats it onto the table.  From what I’ve read, this is very much my loss! 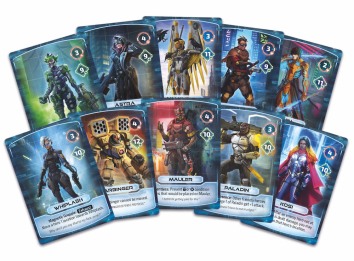 So pretty!  Conceptually, it’s totally Overwatch, but I’m good with that.  Each player uses a deck that represents a specific hero, so I wonder if this will follow the same model as Summoner Wars.

It seems to be crammed full of cool content.  The rules for admiralty-level campaigns sound particularly interesting, as this gives the game a very different focus.  The PDF is out now and preorders are being taken for the physical book.

The Labyrinth supplement for Delta Green is up on Kickstarter – We’ve spoken quite recently about Delta Green, so it’s cool to now see this new supplement appear on the near-horizon.  I love the concept of this supplement, focusing on very modern, very current issues: 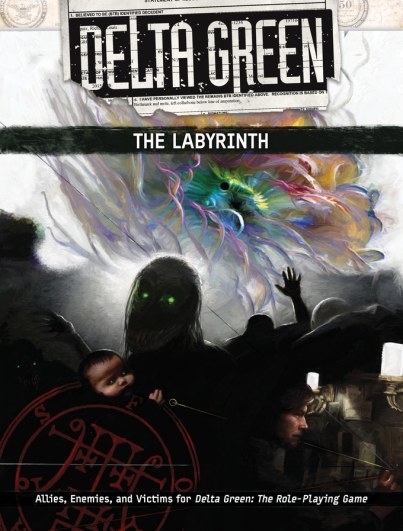 This supplement covers topics from Silicon Valley startups to industrialist Super-PACs, from Oregon anarchist collectives to alt-right activists, from the depths of Reddit to this morning’s livestreams.  I really like where this is taking the mythos, bringing it bang up to date and insinuating threat into our day to day existence.

Hobby Goals @ Casual Hamerer – Oh, man, I can sympathise with this!  The author outlines a few of the challenges facing him in his hobby.  I feel your pain, friend!  This is a nice article about AoS 2nd Ed. coming out.  I wish the author the utmost luck in sticking to his goals, and I’ll try to do the same with my very similar ones!

Huge Announcement! @ Shuten-douji Writing – Aw, this is really nice.  The author had been writing some fan stuff for an RPG.  The creators of the RPG had seen this work and contacted the author to arrange to work with her on bringing her ideas into the game.  That’s fantastic!  First up, well done on the creators of the game for recognising good work and doing this, but also to the author for creating such good work!

Raph Rants – Issue #1 @ Alternate Fire – Code & Cardboard – This is not a recent article, but it’s new to me this week!  The author compares the amount of… stuff involved in a couple of different games and bemoans the approach that some publishers take with their games.  I must say that I agree with the author on the specific games discussed.  Certainly, the reasons discussed are largely why I’ve not picked up Legion and why my X-Wing stuff is largely relegated to gathering dust on a shelf.

Review – Fort Sumter: The Secession Crisis, 1860-61 @ Dude! Take Your Turn! – Fort Sumter is a game I was very interested in when it was first announced, but had kind of forgotten about with my GMT Games-fatigue that saw me through all of the toys out of the pram and cancel my various P500s.  This review of the game does intrigue me again.  it’s a balanced review, and i think that the author does a good job of giving a full, objective picture.  I disagree on some of the visual choices – I think it’s quite an ugly game (except for the lovely map), but this is not too unusual for a GMT game.  A good read, lots of pictures and food for thought.

I’m back! @ Shiprib Studio – A miniatures gamer returns to the fold!  This is a good post, as it outlines exactly where the author is in their hobby, covering what he is currently playing/painting and what he’s moving on from; what he’s starting up and what he’s selling off or packing away.  It feels like quite the watershed post.  The post prompted me to look back at the author’s previous posts and I really enjoyed them, so I’ve also subbed to follow future posts.

On No Rerolls this week, we’ve had a little think about how to number Triple Triad Cards, posted a deck of Triple Triad Cards based on Final Fantasy IX, collated our annual Top 50 lists into a permanent page for ease of finding, and posted our weekly Hobby Update.

We may or may not be posting next week.  I’m away visiting family next week, so it rather depends on what’s goin’ on.