Iello adds Anubis to King of Tokyo – All hail the king!  King of Tokyo was one of the first games I picked up when I really started getting heavily into modern board games, and it holds up.  It still makes it to the table a lot.  The Power Up expansion was an essential addition to the game, and now they are adding more characters.  Here’s the latest: 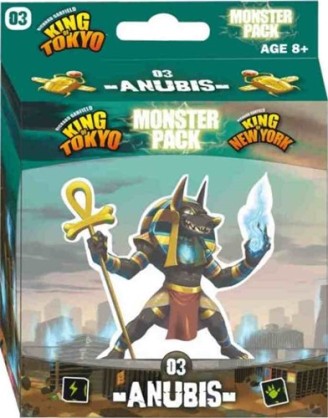 I’ve never picked up any of these individual dude-monsters.  They seem cool, and I like that they add a splash of new variety to an old favourite. 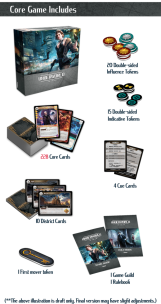 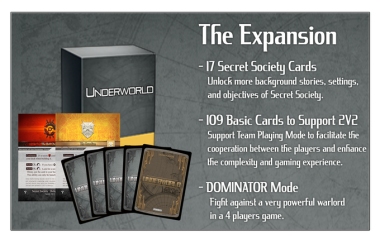 Go take a look at the campaign.  The game looks great, both visually and mechanically.  The price is also pretty decent, which always helps.

Privateer Press reveals Captain Eira Mackay for Warmachine – I don’t follow Privateer Press and their games too closely, so I’m always a bit behind when a new faction is released.  At some point, they seem to have released The Crucible Guard, a faction of crusading alchemists.  They seem pretty cool, and I really like their latest model: 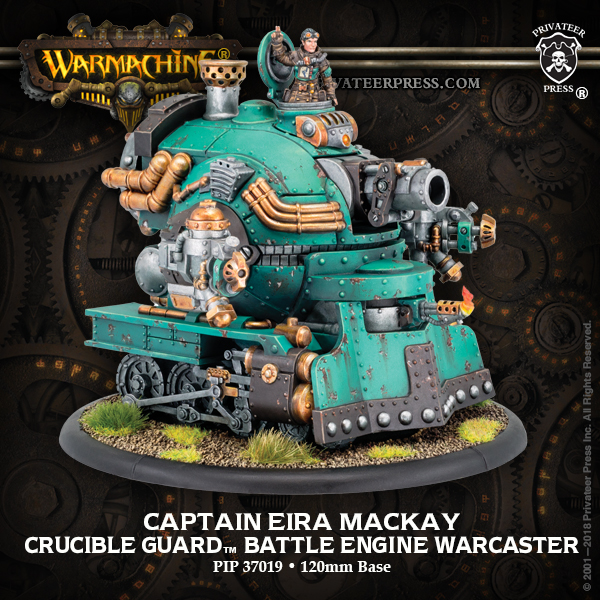 All of PP’s Battle Engines are cool, unique miniatures that ooze character.  This is no exception.  I like the quirky, little tank and the wee commander poking out of the top.  I never did really get that into Warmachine, but I’d love at some point in the distant, probably-fictional future to have a couple of little armies for the system.  I suck at building and painting armies, though.  Ho hum.

Precinct Omega unleashes the Balls – My first reaction to these models was confused disbelief.  “They released these?  What’s the point?  Like, why?”.  I then had a little think, and I can actually see a lot of potential in these balls  :

For pulpy/sci-fi/comic-ish games, such as 7TV or Rogue Stars, these could be really cool.  You could do Madballs themed games, or even Attack of the Killer Tomatoes!  They are still pretty niche, but I can see the point in them.  Situational, but cool.

So, they’re taking Warhammer Quest and bringing it into the 41st millennium?  Yeah, I’m all for that!  I have a friend who is also going to be all about that new Kroot miniature.

Dispatches from the Crusade of Fire @ Comrade’s Wargames – Salamanders!  These guys have one of the best colour schemes of the Space Marines chapters.  They rock.  Here’s a painted army of them, using the lovely, new Primaris models.  They’ve also included some great fluff for their particular force which makes for a good read.

Recent Boardgame Arrivals @ Emormu’s Gaming Blog – I don’t have much to say on this one, as it’s really just one image.  That said, I’m including it because it’s cool to see someone’s haul and there are a few games in there (Unconditional Surrender, Fort Sumter) that I’d really like to pick up myself.  Ta for sharing!

Story Platforms – A 3D Print-and-Play Tabletop Game @ Shawn Writes Stuff – Oh, this is a cool idea.  The author has created a game that can be produced at home with a 3D printer.  The pictures look pretty cool and there’s an outline of the rules.  If you have access to such a device, go check it out, print up a copy and give it a go.  I’m sure the author would appreciate feedback!.

5 Tips for Running Short Session @ The Rolling Bones RPG Blog – As someone who enjoys one-shot games, and who runs shorter sessions with groups of kids, this is really invaluable advice.  The thing is, most of it is also just as valid for any session, even long, whole-days ones.  It’s just good etiquette that lets the game flow that little better.

5 Ways to Be A Better Roleplayer @ Natural Geekery – Another top 5 article, another set of really good tips.  This time, the tips are more general, intended for a wider audience.  They’re less GM focused, but they do still apply to the GM, too.  1 and 5 are my favourite tips from this set.

This week on No Rerolls, I… well, I didn’t do a whole lot, all told!

Frustrated by levelling issues today so finally switched out to a glass bed for my #ender3. . First print is running beautifully. . #3dprinting #3dprinted #hobby
In 10 minute intervals here and there, setting up separate #hobby space to try to help differentiate in this time of home working. . #games #miniaturepainting #adeptusmechanicus #warhammer #40k #citadelpaints #vallejopaints #hobbyspace
A wee #3dprinted house for my #fantasy #wargames town board. Printed in 7 parts. . #tabletop #tabletopterrain #warhammer #aos #mordheim #miniatures #frostgrave
Collating some #newbooks from the past few weeks. Feeling my #mutantyearzero, #mutantcrawlclassics and #shadowrun. . #rpgs #roleplaying #tabletop #tabletoprpg #frialigan #modiphius #catalystgamelabs #goodmangames #games #mutantelysium #shadowrunsixthworld
Gone some cleaning up and trimming to do before I start to paint and glue, but that's it done! . #3dprinted #tabletop #tabletopterrain #games #mordheim #frostgrave #miniatures
#wizard and apprentice duos for my soldier and cultist #frostgrave warbands. . #games #tabletop #miniatures #ospreywargames #northstarminiatures #northstarmilitaryfigures
First #miniatures for #frostgrave or #mordheim on my WIP fantasy town board. . #northstarminiatures #northstarmilitaryfigures #games #tabletop #wargames
Oh, look, a big pile of long-neglected and damaged #huskymodels #diecast cars. I wonder what they could possibly be for... . #games #tabletop #miniaturesgames #wargames #gaslands