Welcome to our top 50 games list for 2018, in which I list my personal top 50 games at this point in time.  My choices are not limited to games from this calendar year, but instead, represent my current thoughts on the top 50 games to me.  Next year, some of the games featured may move up and down as my opinions change and I get the chance to play more games or revisit old favourites. 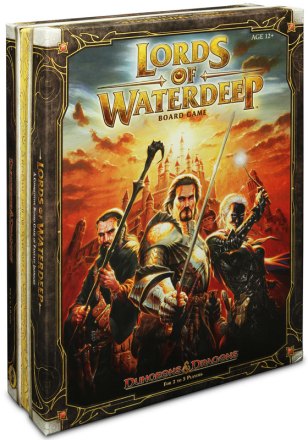 Lords of Waterdeep has remained in a pretty static position from last year because it still holds up as a pretty solid – if simple – worker placement game that is easy to get to the table.  The game has enough cards and buildings to make it quite replayable and there’s also a fantastic app version for even easier play.  This still seems to be the standard, gateway-style worker placement game for new gamers or those new to the genre.

It’s possibly the only worker placement game to make the list this year as I’m just not getting Caverna to the table and I’ve still not played Euphoria. 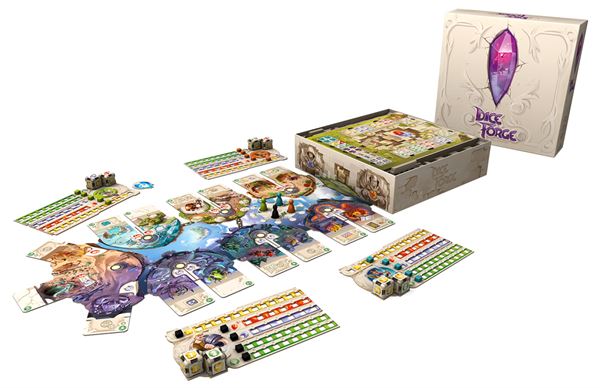 New to both the list and my collection this year, Dice Forge is a fun, little game.  I really love how the box becomes part of the game after setup and I like the modular dice and the game’s take on ‘dice-building’.  It does lack the depth of most deck-building games, but sometimes you want a lighter game.  The art style is also really pretty, which always helps.

I think the game could have done with some more cards.  It just lacks a bit of replayability with the same monsters and abilities the whole time.  It’s a game that is crying out for an expansion and, sure enough, there is one coming in 2019.  If the expansion is a hit for me, I could see this rising a little further in future lists.  If not, then I don’t think it will maintain its position. 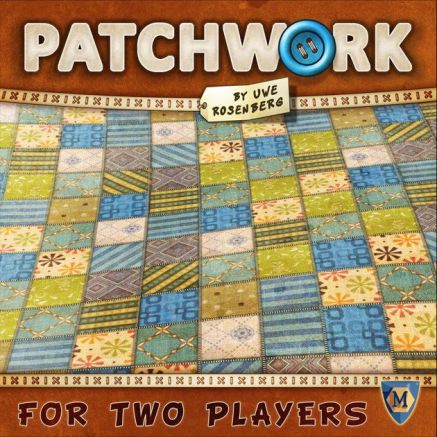 This is a fun game that I picked up on holiday and played over and over in a caravan.  I love a good 2-player game.  Bigger games are great, but the focus of a 2-player title is just a different experience.  Patchwork comes in a tiny box, but there’s a lot of fun in there, with each player competing to fill their quilt board from a shared pool of pieces.  It’s also a pretty game, with lots of quilt tiles looking like different styles of fabric for you to use to complete your quilt.

The game is simple, but that’s a big plus for me.  I like rules-light games.  It’s not particularly thematic, but the art fits the theme.  It’s just a fun, light, head to head experience that doesn’t take up a lot of real estate on the table. 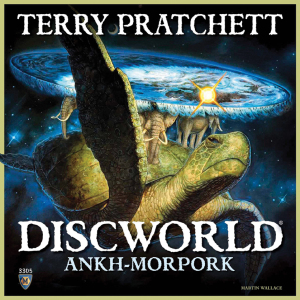 A decent area control game that does not involve combat.  This makes it quite unique in my collection and it still makes it onto the table.  That said, it’s seen significantly less play this year, less due to its own failings than to other games just taking more prominence.  The Discworld theming helps the game considerably for me and it will definitely help Pratchett fans to buy into the game, but I don’t think that a knowledge of the setting would be compulsory for really enjoying the game.  Prior knowledge will just help you get all of the references and recognise the characters and groups represented on the game’s cards.

It’s now out of print because of licensing changes with the Pratchett estate, but it’s being re-released next year without the Discworld license under the name, Nanty Narking.  I suppose the success of that game will determine how central the license is to the experience of this game.  I won’t be picking it up though, as I obviously have the original. 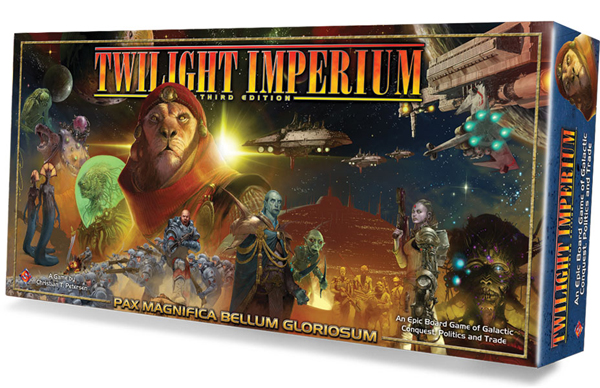 Another game that’s fallen down the list because of how hard it is to get to the table.  The few times I’ve played the third edition have been great.  The game is expansive, deep and gives players so many different paths to follow and options to consider.  It was also a lot more intuitive than I expected.  There’s a lot there, a lot to remember and a lot to keep on top of, but there’s no individual part that I’d consider to be particularly complicated in itself.

Hive is a great game that is really great.  Greatly great.  Another 2-player game, this is a boardless abstract game, a bit like checkers, but with different pieces, each with varying abilities.  The goal is to trap the enemy queen whilst keeping your own queen free.  It’s so easy to be quickly overwhelmed if you take your eyes off your own queen and overextend.  The different pieces mean there’s a lot to think about and a lot of options for each player.

The game feels good, too.  I love the feel of the heavy pieces as the clink together as they are placed on the table.  I like the bad that comes with it, too.  This sees a lot of play. 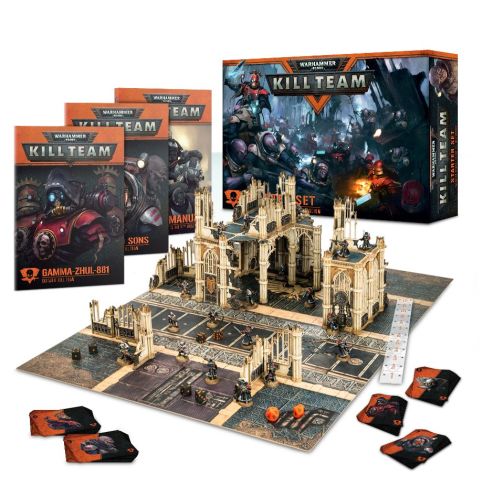 Oh, miniatures games…  You are quite the fickle beast.  I’ve still not painted my copy of Kill Team.  I have played a couple games of it, though.  It was a lot of fun.  I like skirmish games with low model counts and a focus on movement and objective-based play.  They’re much more accessible than larger, army-based games.

I really like that you can put together a nice force for this game with only a box or two of plastic miniatures.  It’s also a lot less to paint, whilst still having a good, usable, coherent force.  The core set is a really cool box, with loads of great terrain and a mat.  All in all, a great choice for players of 40K or just those looking for a skirmish game. 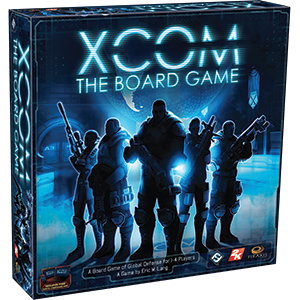 XCOM is a pretty frantic game.  The app that it requires for play ensures that players are led along at a fair trot and a brisk pace is maintained.  Like many of my favourite games, XCOM gives each player quite different roles.  This really adds to replayability, allowing you to focus and master one role, or rotating around several for different experiences.

I’ve not played this one much, but each time has been really interesting and rather intense as the whole team raced against the clock, as set by the app.  I swear that the app has a mind of its own, intentionally throwing alien ships into the worst possible regions at the worst possible times.  That might be paranoia on my part, or it might be the start of the machine uprising.  I’ll let you decide on that one. 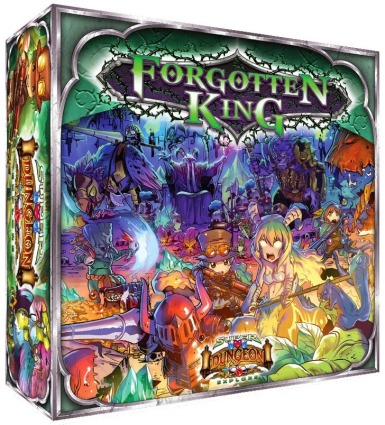 Soda Pop, I loved you so, and now you’re just screwing people out of their Kickstarter pledges.  Like many, I’ve written off the money I have put into recent Soda Pop Kickstarters, but it doesn’t change the fact that Super Dungeon Explore is a decent game and that Soda Pop makes some very pretty miniatures.

Super Dungeon Explore is a dungeon crawl that uses beautiful, chibi-style miniatures.  It can be played as a fully-cooperative game, with the enemies being controlled by cards, or as all-vs-1, with one player taking control of the monsters against a team of heroes.  The game is good and played very similarly to Descent.  The game can be a bit samey from one play to the next, as there aren’t really objectives or different types of maps built in.  There are different tiles, but these are not hugely different from one another.  Again, the miniatures are bloody gorgeous and it feels great to play with a fully painted set, as I’ve had a few opportunities to do. 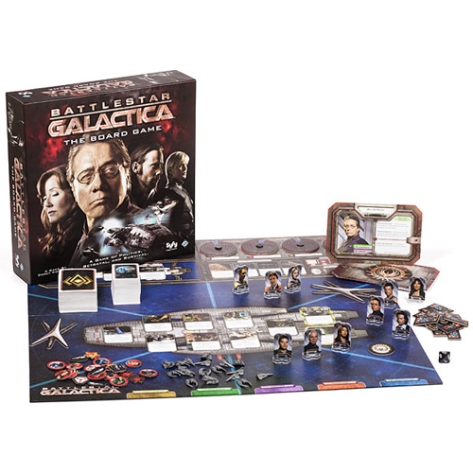 All of this has happened before and will happen again.  In fact, it will happen every time you manage to get this box to the table.  BSG is a great game that covers the trials and tribulations of the survivors of the Twelve Colonies as they flee the Cylons and try to find the lost colony of Earth.  Needless to say, I love the TV show, so this game was always going to be an easy sell for me.

BSG is a mostly cooperative game in which players work to keep Galactica and its surrounding fleet safe from Cylons and help them get to Earth.  This is complicated by the likely presence of a Cylon infiltrator who will work to sabotage these efforts.  There are a few expansions which are far from compulsory, but they do add to the game and help with replayability.  They also add the hilarious “Fat Apollo” character card.

I still love this game and I reckon it would not have fallen quite so harshly in my rankings had I not found a game that does a very similar thing in the form of New Angeles.