It’s been a long time since I’ve done any painting for 40K or Warhammer or… anything, really…  I did some work on some Ariadna for Infinity about a year ago and another pile of Pink Horrors.  I like Pink Horrors, but that was a LOT of pink to paint…

Given that I am a slow, lazy painter, I was quite keen to see if the contrast paints and their promise of ‘one thick coat’ (sorry, Duncan!) would work for me.  I hope they do.  I’d like to get some painted minis to the table.  I picked some up and tried them out on some Warhammer Underworlds miniatures and the first on my Admech troops:

So, what better way of really diving in than trying to power through a new army?  It does help that the army is one I had sitting in my games room for months already.  I’ve long liked the Mechanicum, and I jumped at the chance a while ago to buy some from a friend who had decided that he would not be completing this project after all.

All in all, I have the following miniatures which he had already built:

I have a further two units of rangers/vanguard sitting unbuilt, along with another Tech-Priest Dominus.  I don’t think I need three of these, so it may see itself repurposed for a Skaven conversion if I ever get around to it. 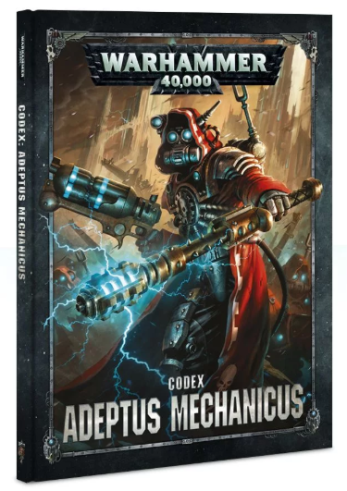 I haven’t really thought about the army in terms of being competitive or actually, like… winning.  I might tailor stuff later, but in the meantime, I’m really just going with what I have and that I’ve always really loved the idea of the Adeptus Mechanicus, since long before they were an actual army in-game.  My main characters in Inquisitor from back in the day were converted from the tech-priest mini.

Colour-wise, I’m going with the classic red.  I’m in the midst of applying all that Blood Angels Red contrast over a Grey Seer primer ad I type.  It’s not procrastination – I needed a break, yo!

If I can get the above set of miniatures done, I’ll have made some real progress into my pile of shame and manages more completed miniatures that I did last year.  I’d be delighted with this.  I might even reward myself with a Cawl miniature to lead the army!

Pics will be forthcoming as soon as I start making some progress.