In most forms of entertainment, things go out of print.  They get to the point where it’s just not worth making more copies as they will more likely than not sit unsold.  Tabletop games seem to slide out of print more quickly than other forms of entertainment.  Certainly, they disappear faster than many books or, in this age of streaming content, TV and film.  There are several ways in recent years that we’ve seen tabletop games go out of print.

The most common way we’ve seen games go out of print recently has been when a company publishing a licensed game loses that license. We see this most often with Fantasy Flight Games. It’s not through any fault of FFG, It’s just that they have always had a lot of licenses and are therefore the most prone to this happening.

We saw it a few years back with the Blizzard licenses (Warcraft, Starcraft) and more recently with the Games Workshop ones (Fury of Dracula, Talisman, Rogue Trader and many more). We also saw it with Android: Netrunner, where they didn’t lose the license for setting – they own Android – but rather the underlying game itself.

One thing that leaves me a little bemused is what can happen to one company’s work after a license changes hands. It doesn’t feel right seeing PDFs of the books that FFG developed being sold on DriveThruRPG with the Pegasus Spiel logo plastered them. It doesn’t feel right to see the same version of Fury of Dracula being sold under the Wizkids banner. It feels like cheating, but It’s just the nature of licensing.

We also saw this with Dune, the classic game from Avalon Hill based on the splendid sci-fi series from Frank Herbert.  The game is long out of print and has become something of a collector’s item.  Fantasy Flight tried to re-release the game a few years ago and, although they managed to secure the game system that was used, they were not able to secure the license for the Dune IP from the Frank Herbert estate.  They ended up reskinning the game to use their own Twilight Imperial property, naming the game Rex.  It seemed to get a mixed response, but I really like it. 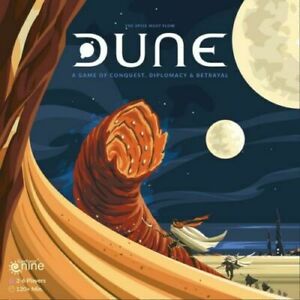 More recently, Galeforce 9 has found the Herbert estate more agreeable, most likely because of the upcoming movie.  They’ve secured the license and have put out a very attractive remake of the original game.

Another way something goes out of print is if it is replaced in an edition change. We see this quite often with major roleplaying games. Over the past few years we’ve seen the release of Dungeons & Dragons 5th edition, Chronicles of Darkness 2nd edition, Shadowrun 6th edition, Call of Cthulhu 7th edition, Warhammer Fantasy Roleplay 4th edition, and Pathfinder 2nd edition among others. With each new edition the previous one generally stops being supported and slides out of print. The same goes for miniature wargames and board games that are replaced with new editions – though this is a less common occurrence for board games. 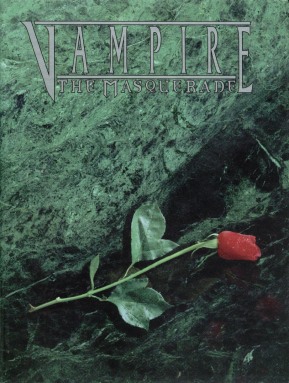 The exception in the above list seems to be Vampire: the Masquerade. Although 5th edition is now out and is establishing itself well following a rocky release, Onyx Path seems to still be supporting the 20th Anniversary editions of the various World of Darkness games. This is great as, although the new content is great, there’s an incredible wealth of fantastic material available for these previous editions- so much so that they do feel different to the newer content for better or worse.

The small size of independent publishers, coupled with the sheer expense of print runs – especially for board games – and the limited market for tabletop games generally is also leading to Games going out of print. This has been seen most recently with my beloved Evil Hat (one of my top 5 publishers) running through the last of their stock of the Dresden Files RPG. I was quite sad to see this game going out of print, but I understand that with the size of the market, the length of time it’s already been on sale, the financial difficulties Evil Hat is having and the fact that the newer Accelerated edition is now available, it just doesn’t make sense to do another print run of this game.  There’s kind of a perfect storm of circumstances at play.

It’s a pity when we see games slide out of print, especially if they’re titles that have meant a lot to us.  It’s easy to see such an event as the end of a line, a failing on the part of a company or just a damn shame.  Sometimes this is true.  Other times, moving something out of print frees up resources for a small company to put out something new, or allows an old favourite with a few flaws to be replaced with a new edition.  These changes in the board gaming landscape are all part of the living ecosystem of games and should be seen as such.

Goodbye Dresden File, we’ll miss you, but those who have already bought you will have the chance to play and enjoy this game for years to come.  And, hey, there’s always PDF…