Games Workshop releases Spire Tyrants warband for Warcry – Warcry seems to be going from strength to strength.  I’m really liking the ongoing development that’s happening.  The expansion books have been really interesting.  I’ve got mixed feelings about the current push for bringing other AoS models into the game.  On the one hand, it lets more folk play and makes the game more accessible, but it also makes it a bit less special and unique.  These Spire Tyrants are the latest Warcry-specific miniatures:

They’re a cool evolution of the berserkers with some Varanspire influence in the mix.  I like that they have a real place in the world(s) of AoS.  I hope they’re not the last of the minis for Warcry, and that the games keeps adding more new minis with strong roots in the existing lore and visual style of AoS.

The book will be good.  There’s no doubt about that.  All of the 5E stuff that Kobold has put has been top notch.  Well, the artwork for the Shadow Fey book was a little sparse, but that’s a relatively minor complaint.  Although I will definitely be picking up this book, I will not be backing the Kickstarter.  With the postage and whatnot, it always seems to work out cheaper to just grab these books at retail.

TTCombat releases new Sci-fi Gothic buildings – TTCombat continues to put out some really nice sheets of MDF.  They have most recently turned their attention towards a specific gothic sci-fi universe that we all know and quite possibly even love?  I don’t know… it’s complicated. 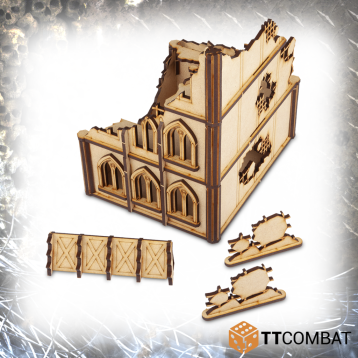 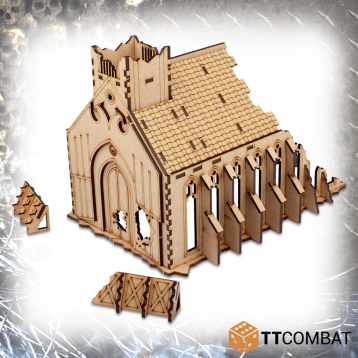 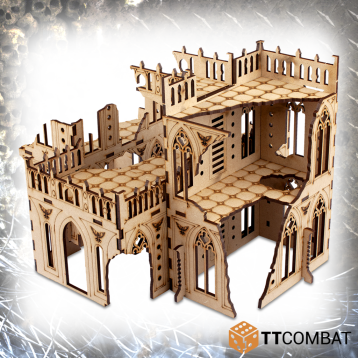 As usual, the various pieces are all really cool.  I particularly like the chapel and the Academium.  I’ve always found TTCombat’s buildings to be really easy to be put together and, as always, the price is unbeatable.

Wyrd releases Folsom Prison Blues set for Malifaux – Wyrd are going full steam ahead re-releasing 2nd edition models for third edition.  I’m not necessarily a huge fan of all of their repackaging, as there are some sets that have a mix of models I have and some that I don’t.  This latest offering is one that I really like: 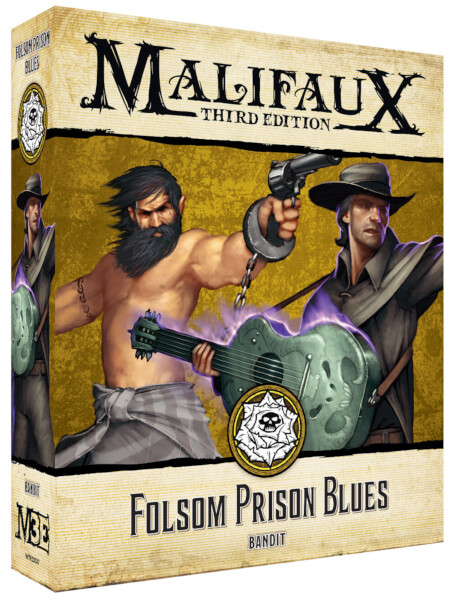 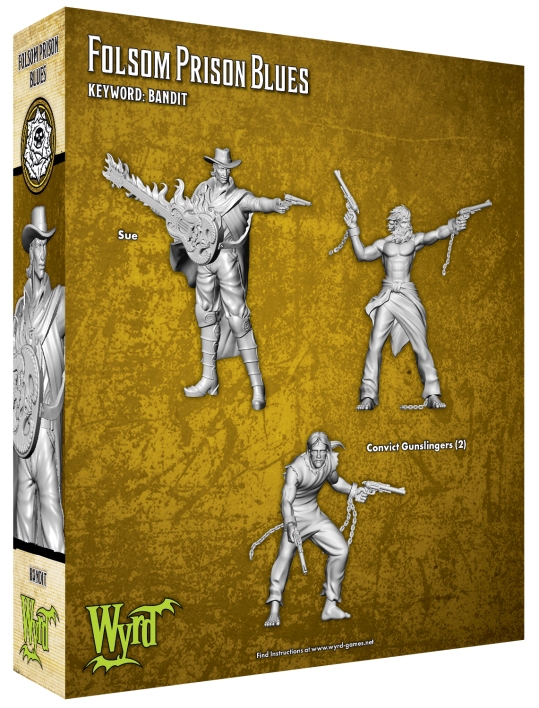 I’ve always really liked the Convict Gunslinger miniatures and I love Sue.  The whole Johnny Cash vibe he has going on is really cool and you have to appreciate the flaming guitar.

Modiphius releases New Blood, a digital starter set for Vampire: The Masquerade – the 5th edition of Vampire: The Masquerade was a surprise hit for me.  I went in expecting to dislike it and I’m still not sold on the art in the core book, but the game works really well and I’ve been enjoying it a lot.  Now, Modiphius is putting out a digital starter set to ease in new players:

With a very low price point and a story that teaches new players the game as they play, this is an interesting and attractive product.  I don’t know that it would be useful to myself or my players, but it’s something I’d probably recommend to others.

Lumineth Realm-Lords: What We’d Like to See in the New Battletome @ Sprues and Brews – When we first heard Teclis was coming back and that there would be a reimagining of the High Elves I was worried that we’d just see a reprint of the old miniatures and a style that was still rooted firmly in the old world, rather than the Age of Sigmar.  The previews of the new miniatures were reassuring!  They all look great.  This article gives a nice rundown of what the author really wants from the new Lumineth range.  It makes for a long and really interesting read.  If you’re into your Aelves, go and give a it a read!

Battle Report: Black Legion VS. Orks (Competitive) @ Prot’s War in the Warp – I really enjoyed this article.  It’s a battle report with everything I like.  Clear army lists, a good account of the action and some really beautiful pictures.  Like… really nice pictures.

2 Player board games @ Musitaku’s hexs – A quick rundown of 5 two players games.  Of the 5, I’ve only played Hive.  I do like Hive.  Of the others, I’ve heard a lot of buzz about Wingspan and Fog of Love, but I know nothing of the other two.  Always nice to be pointed towards new games!

Heroquest 28 @ Starship Vorenus – oo, this is interesting.  I like Heroquest and, although the old miniatures have some nostalgic charm, there’s no denying that the components are pretty dated.  The author of this post is putting together a nice, modern set with kitbashed minis to bring it up to date and suitably ‘grimdark’.  I’m looking forward to seeing where this one goes.

It’s been a quiet week at NoRerolls.  Will get back on the horse soon, I’m sure!