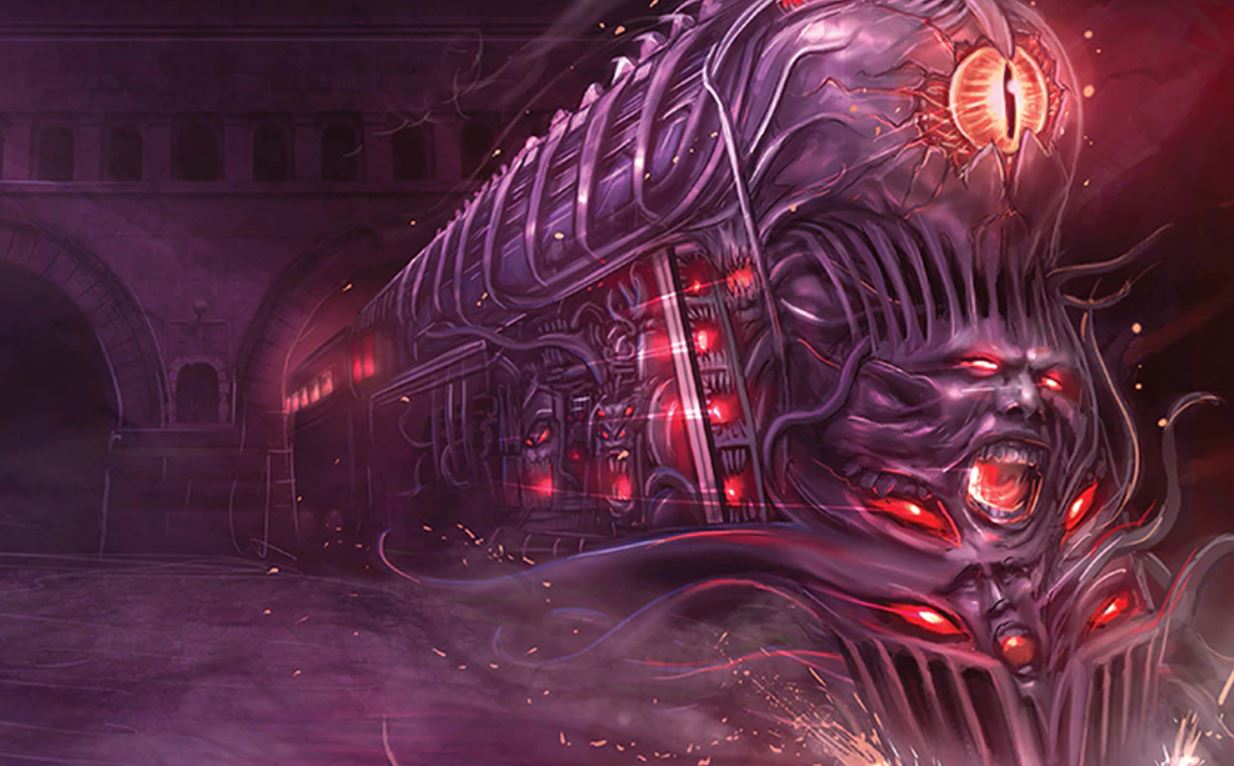 Games Workshop releases new Killzones supplement for Kill Team – I did pick this up because I love Kill Team. I’m not, in all honesty, 100% sure that I’ll ultimately get much use of out the book. There’s a lot in here, with rules for 6 different Killzones, giving different feels to different types of terrain. That is a pretty cool idea.

I like the idea of having these rules, and they can add a bit more depth to your game, especially is used as part of a campaign system, but I’m not someone who actually has lots of Kill Team-suitable terrain, so I’m not sure how much use I’ll get out of it. Then again maybe is we ever do a campaign or event at our local club, this will come in really handy. We’ll see.

Chaosium updates and re-releases Horror on the Orient Express for Call of Cthulhu – With the exception of the Pariah Nexus set from a few weeks ago, it’s been a while since I last immediately went and bought something from 5 on Friday. I’ll be preordering this one. I can finally stop trying to find the original boxed set at a non-insane price!

The books in this set combine into a pretty massive campaign resource. I have the PDFs for the original and they’re great. In this new edition, you will find a ton of content, including 19 different scenarios across different eras and a cool fold-out map. This is definitely getting picked up.

Dyskami Publishing launches Kickstarted for Anime 5E – Big Eyes Small Mouth is the leading anime-themed RPG. It’s not one that I’ve been super interested in myself, but I can appreciate that it’s successful and popular. Now, the folks behind that game are releasing a new version using D&D’s 5E ruleset. This is another example of the increasing ubiquity of the ruleset.

I mean, it’s 5E, so you know what you’re getting in terms of rules. There are 14 new races, 14 new classes and lots of other content. Something cool about the campaign is that in addition to the core book and the obligatory “special edition”, there’s also a smaller form-factor pocket edition. Now that’s cool. Smaller in size and in price! I feel that this will be a pretty safe project to back in terms of fulfilment, and it will definitely scratch an itch for a lot of players.

Cubicle 7 releases a Bestiary for Age of Sigmar: Soulbound – One of the things I’m really hoping for with Soulbound, the Age of Sigmar RPG, is that the various books will help to flesh out the setting. The latest book in the line is the Bestiary. As I’ve said before, I love bestiaries. They’re useful in their respective games, but they’re also good to just read, as they tend to have nice, bite-sized chunks of content that are great for reading on the toilet.

With over 180 creatures, there’s a lot of content here. Looking at the preview, there’s a pretty good spread, covering many of the most iconic units and beasties in the game. My only slight thing is a little bit of disappointment that it only seems to cover creatures that are already represented by miniatures in Age of Sigmar. I’d have loved to see the RPG branch out and start to expand things. I worry a little about this. Warhammer Fantasy Roleplay always felt like its own thing that went beyond the miniatures line. I hope that this will grow to do the same, rather than just being a shallow tie-in.

Modiphius begins taking preorders for Fallout RPG – Well, it really is a week for books. Here’s another one. Modiphius already have their Fallout miniatures game which seems to have been pretty well-received. They even did a supplement in this line to turn it into an RPG. Now, they’re doing an actual RPG. Confusing? Maybe! Cool? Probably!

So, let me start with the usual gushing about Modiphius. Oh-em-gee, Modiphius is great. This book will be a beautifully produced piece of art! Okay, done with that. Gameplay-wise, this uses Modiphius’ in-house 2D20 system, much like their other games. I’d have done a list there, but there are a ton of them now and it seems like it would take a lot of effort to go through them all. I can’t say this is the Modiphius game that I’m most eager to pick up (well, hello there, Achtung Cthulhu) but I imagine that the setting will be a big selling point for a lot of people.

Roswell ’98: The Highway Patrol On Foot @ Wyrd Stones and Tackle Zones – Okay, these are some pretty great minis. I also like 20mm as a scale. it’s not one I often find myself using, though I do have some 20mm WW2 minis that I bought for a homebrew game that was popular when I lived in Edinburgh. Back to this post, the gang looks really cool and the vehicles fit in well, too. This was actually the blog post that finally pushed me over the edge to pick up Zona Alfa.

What “Changeling: the Dreaming” means to me @ The Brain of Parky – This is a cool ‘personal history’ article that explore the author’s relationship with the World of Darkness and, more specifically, Changeling: the Dreaming. It makes for a fun and interesting read, and I particularly like the advice at the end. As someone who is very keen on running a game of Changeling all three pieces of advice seem solid. I’d say that abandonment of the hero journey structure might be good advice for plenty of games.

Command Edition Terrain @ A Tabletop Gamer’s Diary –  I like Games Workshop’s industrial-style terrain and it’s always cool to see it painted up. I like how bright the author has gone with this colour scheme, using a bone-style colour for the bulk of it, with some darker red features. I really like that it’s not all grey stone and metallics.

What’s on the table? @ Arcana Obscura – A ‘recent roundup’ type of post, the author writes about some things that are very interesting to me. Delta Green, and the Impossible Landscapes book specifically, really interests me. I’ve also recently picked up Cyberpunk RED. I think, given the interests that this author and I share, I might keep an eye on this blog. I think and hope that I’ll find some content that will really appeal to me.

Realm of Chaos – Nurgle’s Children 2021 #25, D&D Monster Manual 57: 44116: Thrasher Snail (Reaper Bones Black) as Proxy Beast of Nurgle #Monstermarch5 @ Azazel’s Bitz Box – So, this article is really relevant to me. A wee while ago, I posted about some projects that I’d been thinking about. One of these was a Garden of Nurgle army and, after I posted about it, a friend dropped off a big ol’ bag of Sylvaneth parts. Now, this article features some really cool minis that I could use. As always, the painting looks good, but what I really like about this blog is that I’m regularly exposed to new miniatures that I’ve never seen before. Thanks for sharing!

This week on NoRerolls, we’ve had a wee chat about the various smells of our hobby. I also did a dive into some of my favourite video games, though there’s more on that to come!