MOMminiatures releases mercenary models on Kickstarter – I hadn’t heard of this company before, but this Kickstarter has some pretty nice miniatures in it.  I like that they have a real old-school, Oldhammer feel to them: 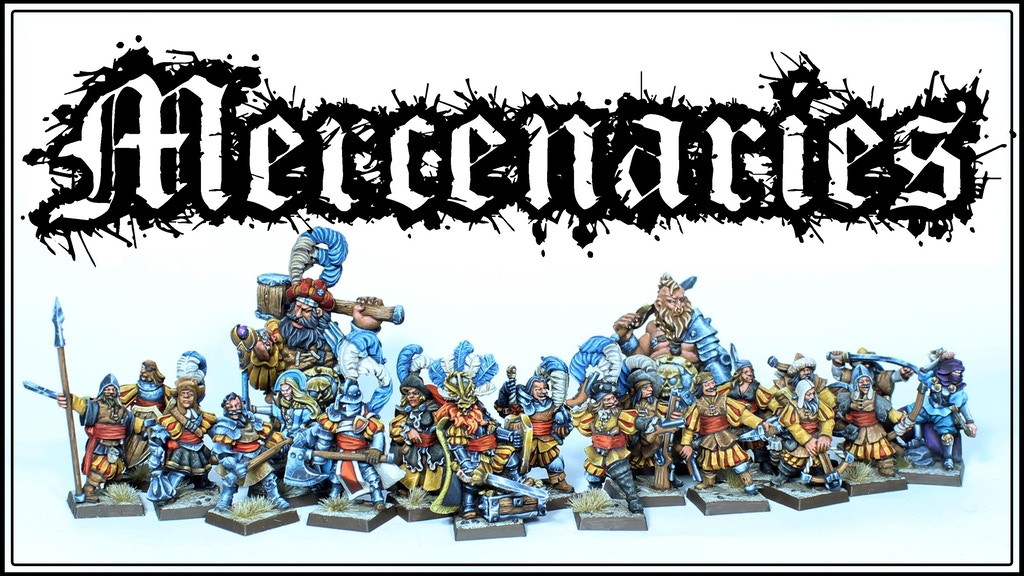 I don’t see them as usable, really, in Age of Sigmar proper, but they’d be a great little force for AoS Skirmish or other skirmish games such as Frostgrave or, going classic, Mordheim.

Cartographer Alyssa Faden launches Patreon – I love maps.  I don’t use them hugely in my RPGs, but that’s more down to my own disorganisation, rather than a proper, creative decision.  I mean, I may as well be honest.  Faden makes really amazing, colourful, detailed maps for RPGs: 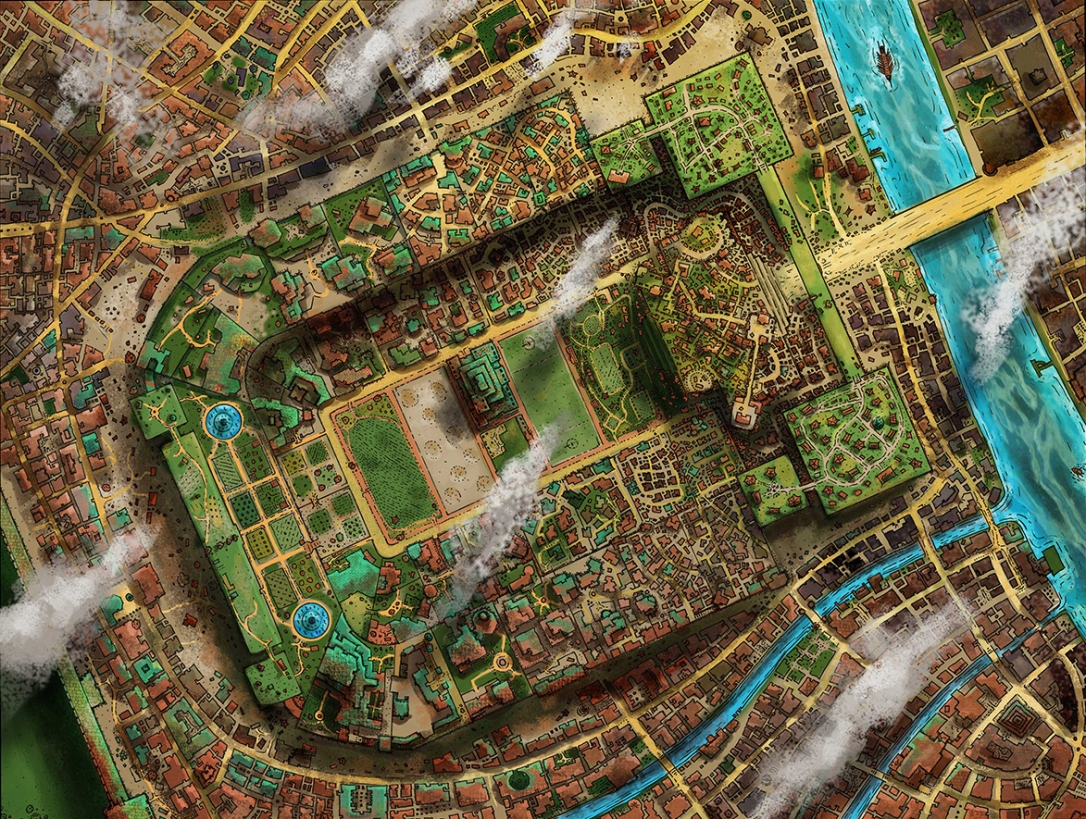 I’ve never done Patreon stuff before, but this cartography Patreon has me really intrigued.  I’ll need to read a bit about the platform and how it all works before considering signing up, but the woman makes some fantastic maps…  Worth supporting, I reckon. 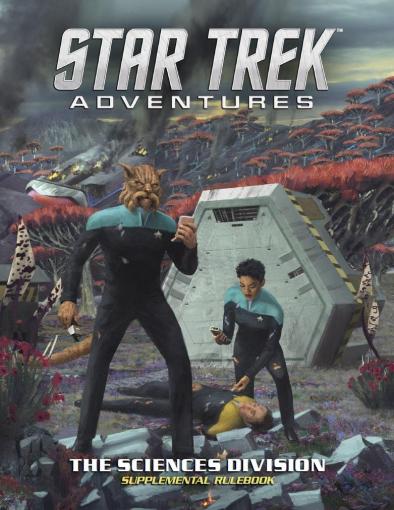 Fancy playing as something akin to Spock, Crusher or Bashir?  This is the book for you!  It has a ton of new talents and focuses, rules for new alien species, lots of cool medical equipment and loads more.  I liked the Command Division book, so I’m hoping this one will follow suit. 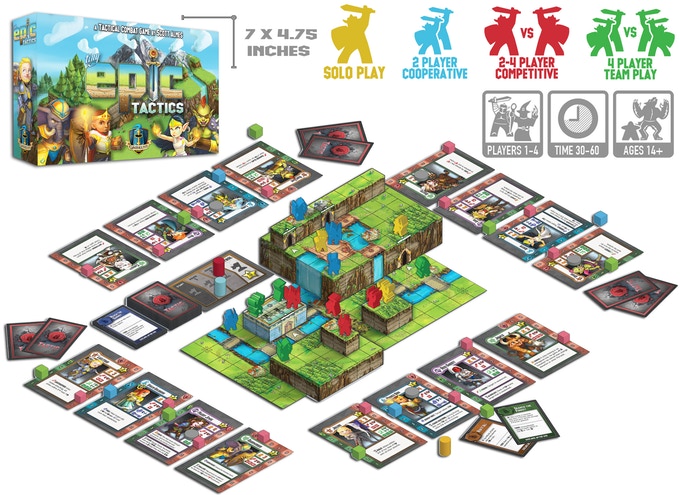 I really like the look of this one, too.  For a start, the 3D terrain is cool, as are the little meeples.  The game itself also seems like a lot of fun, simulating the tactical RPGs that I so love.  THing along the lines of Final Fantasy Tactics, Tactics Ogre or Disgaea.  The postage to the EU seems a little steep so I might give the Kickstarter a miss.  I’ll be keen to see the retail game, though.

Games Workshop releases Mollog’s Mob for Underworlds – Some of the Underworlds gangs/crews/warbands are really creative.  I mean, some are boring, but there are some really odd and interesting ones, too.  This latest offering, Mollog’s Mob, is definitely interesting: 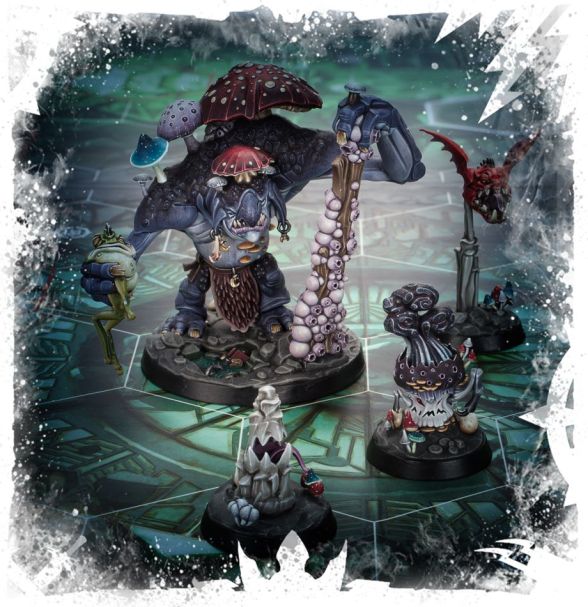 It’s a bit different to the other warbands as it has a lot of stationery pieces and one big, kickass model that not only throws out a lot of damage but which can take a lot of punishment, too.  I continue to love these sets!

House Rules – Make every game your own @ Our Family Game Reviews – At the moment, I don’t have a game that I’m playing regularly with house rules, but growing we had a lot of games that we adapted or changed to suit our little group.  TSR’s Dragon Quest was a game we heavily house ruled, for example, along with our earlier forays into Warhammer 40,000.  I suppose I do use a lot of house rules in RPGs, come to think of it…  This article covers the author’s experiences and thoughts on these little tweaks we make to the games we play to make them more enjoyable for our groups.  Definitely worth a read.

MeowMeowBeenz: The Game @ Space-Biff! – I like Black Mirror a lot, so when I heard there was going to be a game based on one of the episodes I was very interested.  This is a good review with some well-developed thoughts on the game and some decent pictures.  Overall, the author paints the game as being quite an interesting experience, but not one that I’d ultimately enjoy.  These sorts of reviews are really useful, helping me sort through the insane number of games published each week to find the ones that are really going to work for me.  I’m also a big fan of any article that makes reference to Community – especially when it’s one of my favourite episodes, like the MeowMeowBeenz one!

Going Bigger with Skitarii @ Spalanz – Taking an army from 1000 points to 1500 is always an exciting prospect, looking at the shortfalls of your existing list and deciding what to add in to balance it out or get something different out of your army.  It’s really good in this article to read the author’s deliberations over their own list and the thoughts they have on the different units in the army.  I also love an article the bombards me with pretty pictures!

Skaven Battletome! @ A Blog in Miniature – This article collects the author’s thoughts on the new Skaven Battletome.  I had a slip through a copy last night, but I didn’t have much time with it, so didn’t get too far through it.  The author picks out the background and lore for praise, along with the great photography and artwork.  The rules themselves are said by the author to be quite complex and not new-player-friendly.  I can get that from an army-building perspective and, as the author suggests, also because of the number of ways that the Skaven can end up hurting themselves.  A good initial overview of the new book.

Single Player Campaign (Another DnD Post) @ John A. Underwood – Some thoughts on a single player RPG campaign.  It’s not something I’ve ever really thought of doing, mostly because RPGs are a very social experience for me.  That said, we’ve done some limited 1-on-1 sessions, usually to fill gaps between campaigns or for character development stuff.  It’s good to read the author’s experience and thoughts on this approach.

This week on No Rerolls we’ve discussed falling numbers at a gaming group and introduced a new page to the site.