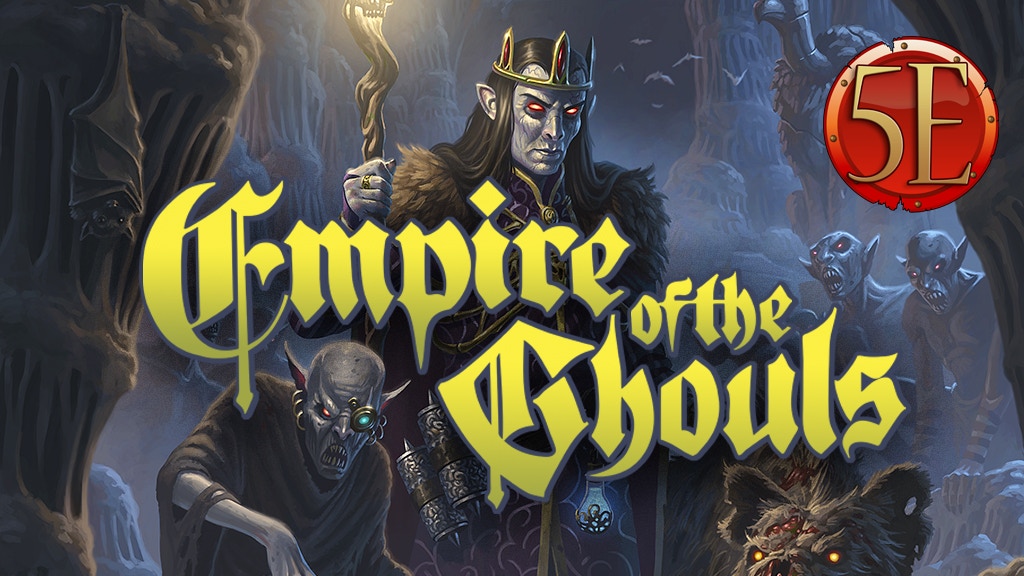 Forgeworld releases Mechanicum Ordinatus Aktaeus – The Mechanicus are a fascinating army for 40K.  They’re an odd range, though.  It manages to have some truly amazing miniatures and some really goofy ones, too.  Into which category would you place Forgeworld’s latest offering? I think it’s pretty cool.  I mean, it isa bit goofy, too.  It reminds me of the tunnelling machine that Shredder and Krang use in TMNT, to be honest.  It doesn’t seem too out of place, though.  Yeah, I’d come on the side of cool.

Kobold Press launches Empire of the Ghouls on Kickstarter – I love the Kobold Press books for D&D 5E.  I have physical copies of the Tome of Beasts and Creature Codex and I’ve been really impressed by them.  I’ve got some PDFs of their smaller books.  There are a few others that I’m keen to pick up, and now there’s another such book to add to that wishlist: 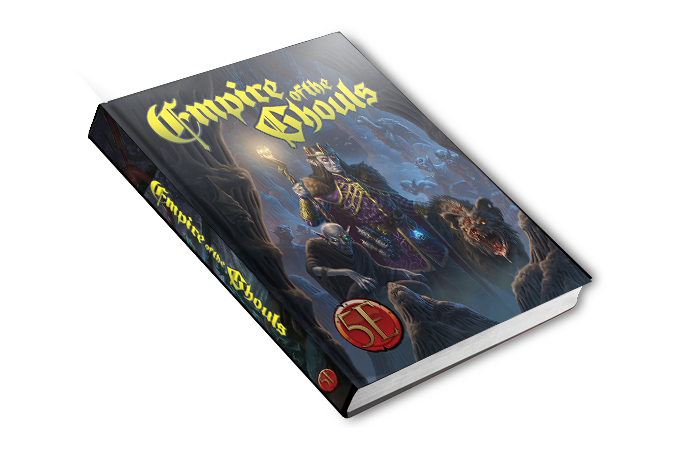 I like books that present tidy, little settings.  They are usually packed full of cool ideas, maps, creatures, NPCs and other sundry goodness.  The art for the book looks great, and I already trust Kobold’s judgement when it comes to content.  It ties into the Midgard setting, which I’m not too fussed by, but it can also be imported into whatever setting you like.  I appreciate the flexibility.  Yeah, this is something I’m really interested in.  I also want to see Kobold Press continue to be successful, as I really like what they do.

Dice Charger Kickstarter launched by Q WORKSHOP – Q Workshop is always a bit hit-and-miss for me.  Many of their dice are cool, but they’ve got some that are hard to read or a bit boring or tacky looking.  This latest offering is pretty cool and a bit different: Glowing dice aren’t new, as the campaign video points out.  What is new is a dice cup with a UV light inside to “charge up” the glowing effect of the dice.  I don’t think this is something I need in my life, but it would be good for really thematic dice for games like Shadowrun or Starfinder.

Antenocitis Workshop releases new version of their Happy Panda Noodles building – Antenocitis puts out really cool terrain at reasonable prices.  Not cheap, it should be noted, but reasonable for the quality.  This new (re)design is quite cute: 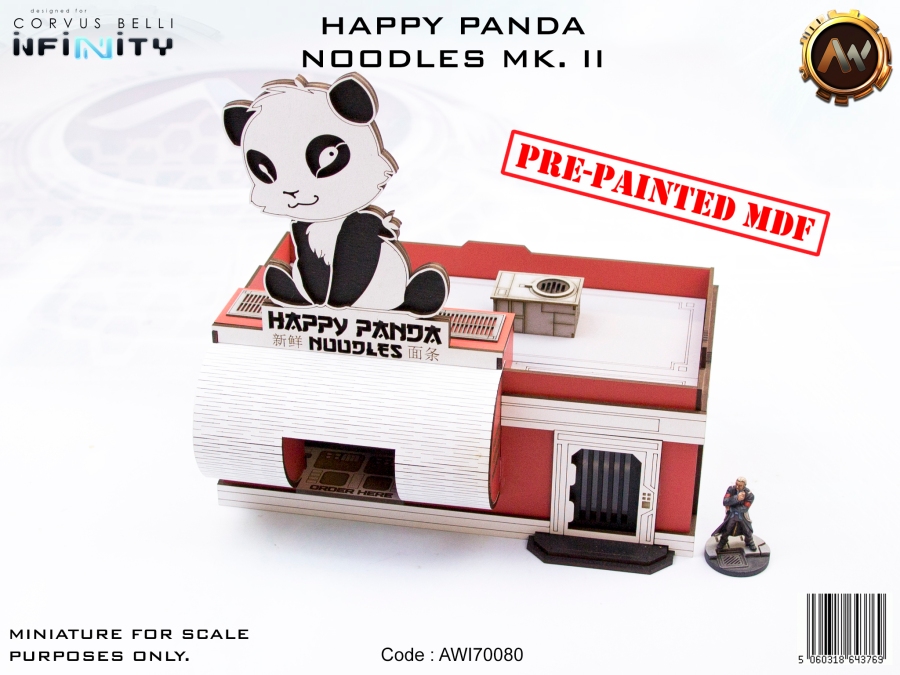 This would make a cool addition to a city or town board for infinity or similar games.  That it is pre-painted ensures that it will aboid the fate of most of my MDF buildings, forever condemned to like without pigment.

Punga Miniatures releases pirate-themed Ratmen fantasy football team – Blood Bowl teams!  So many companies put out beautiful teams, but so many are pretty vanilla.  They’re pretty, but they’re just variations of what already exists.  You know, like, more Orcs in armour, or more lightly-armoured Wood Elves, and the like.  That’s why a team like this, taking an established fantasy race and giving it a twist, is so appealing:

Pirates!  Skaven!  Pirate Skaven!  So cool!  All of the models look great and advance the theme.  The stretch goals are also worth a look.  The price, although not cheap, is largely in line with what other companies charge for their premium teams.

Paint-a-thon: Results @ The Tragic Life and Thoughts of a Fangirl – As a reluctant – some might say lazy – painter, the idea of a paintathon to motivate the rapid pigmentation of my minis is both enticing and terrifying.  The author shares the 18 miniatures that they finished during their paintathon and it’s great that they managed to raise so much money whilst doing so.  It’s great to see all the pictures of the finished minis, too!

Star Wars One-Shots: The “Way” is Strong in These Ones @ Burn After Running – This is a bit like the article we did a while ago on different systems to use for a Rick and Morty-themed RPG.  In this article, the author takes a look at your options for playing one-shot games in the Star Wars setting.  I’ve tried a couple of the systems suggested and was aware of them all.  I read the entry on Scum and Villainy with interest, as I really want to try this one, myself.  A good read, all in all, with some interesting musings on different systems.

Evading the Sheriff in Dodge City @ Battlebunkerblog – This is a fantastically put together battle report.  It doesn’t get bogged down in the mechanics of the game and is full of beautiful images and a wee bit narrative.  The author has such a lovely board, wonderful scenery and some very well-painted miniatures.

Tabletop Knights Gaming Day 2019 @ genuine grumpy old tin – Another picture-heavy article, this is a big page of images from a recent event.  I love all the pictures of the boards set up for play, especially the Dead Man’s Hand and Freebooter’s Fate tables.  I like that there are systems like Freebooter’s Fate represented here.  Looks like a good event.

Growing Frustrations with the T.I.M.E Stories Franchise @ In Third Person – I’ve got Time Storie sitting my shelf, but I’ve still not broken it out for a playthrough.  I’m not that familiar with the wider franchise that surrounds Time Stories, so it’s interesting to hear about the dissatisfaction experienced by the author.  I suppose there are a lot of parallels between the TIme Stories business model and video game DLC.

That’s us for another week, I suppose.