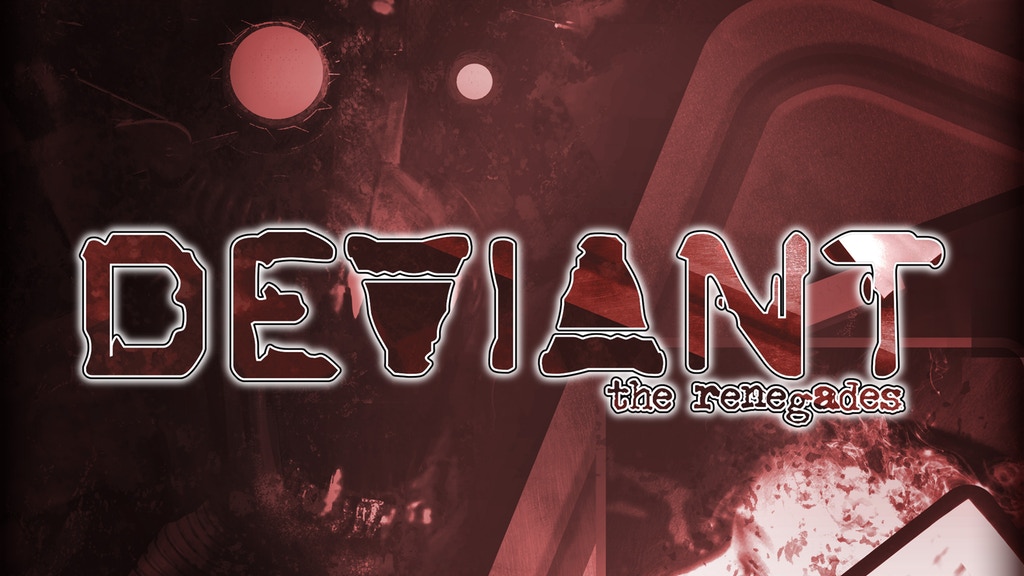 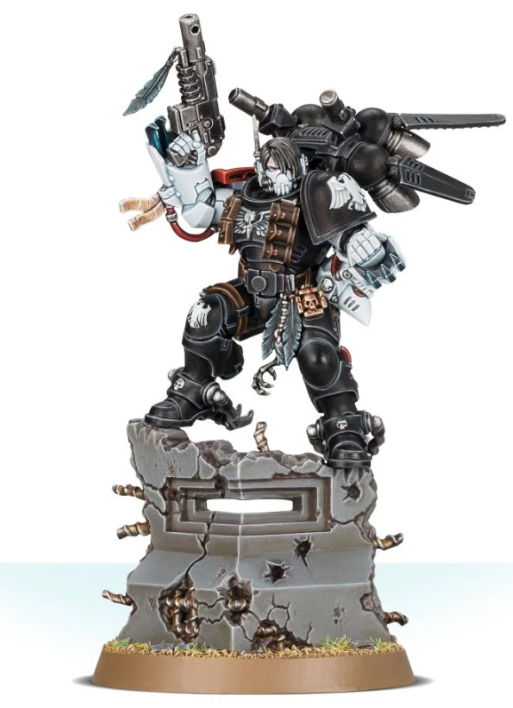 I was a fan of the previous model.  It was pretty basic, being essentially a more ornate, jump-pack-wearing Assault Marine with a pair of lightning claws and a beaky helmet.  As with all Primaris miniatures, this version of Shrike is a lot bigger, but it’s also a lot more unique.  It’s probably the most interesting Primaris miniature released this far, and it has by far the most personality.  The head is my favourite part, complete with his emo hair and muzzle helmet.  Good stuff for Raven Guard players!

The Masquerader launches on the Storytellers Vault – DriveThruRPG is a great site for RPGs.  It is the best place for PDFs and I’ve been happy with all of the titles I’ve picked up via their print-on-demand service.  They also have a few subsites for specific games that allow independent content creators to sell their products under a profit-sharing model.  The best known is probably the DMs Guild for D&D, but there’s also a World of Darkness version, the Storytellers Vault.  One of the newest items in there is the first issue of what is to be a monthly magazine looking at the products available in the Storytellers Vault:

The first issue of The Masquerader is pretty good!  I really like the look of Bordeaux by Night.  I must admit, I clicked through to it and hoped to find a print-on-demand option.  I was disappointed not to find one.  Is this a thing for user-generated content in the Storyteller’s Vault?  I dunno.  But yeah, looking back to the magazine the reviews are good, it is beautifully produced and it’s free!  Worth a look for VtM fans.

District 9 board game from Weta up on Kickstarter – District 9 was a great movie.  It managed to be at once a great sci-fi movie and a fantastic allegory for apartheid.  It was something that also managed to be greater than the sum of its parts.  It ticked a lot of boxes for me.  Now, Weta Workshop are putting out a board game based on the IP:

The game looks good.  The production values are great – as you’d expect from Weta.  I’ve seen some interesting discussions about the game perhaps being a bit tone-deaf in regards to the topic of Apartheid and missing the point of the IP.  The game sees you exploit the ‘prawns’ (the aliens of the setting) to exert control over territory.  Does this stand at odds with the point of the movie?  Should the game reflect these themes?  Does it have to?  Whatever you think, the game is fully funded and there are just a few days to jump on the bandwagon.

Wyrd releases Arcanist faction book for Malifaux 3E – Arcanists are one of my favourite factions in Malifaux.  That said, I’m not quite sure yet what faction I want to start out with for the third edition.  It’s definitely one of the three factions currently in contention and, with the book coming out soon, I need to get around to making up my mind.

I have a few Arcanist masters including Rasputina, Kaeris and Marcus.  I’d be keen to be able to use these miniatures, but it’s whether this is the first faction I go for in this edition.  I was enjoying Outcasts more towards the end of the previous edition and I’ve always liked the toughness of the resurrectionists.  Whatever I go with, it’s great to see Wyrd rolling out these books! 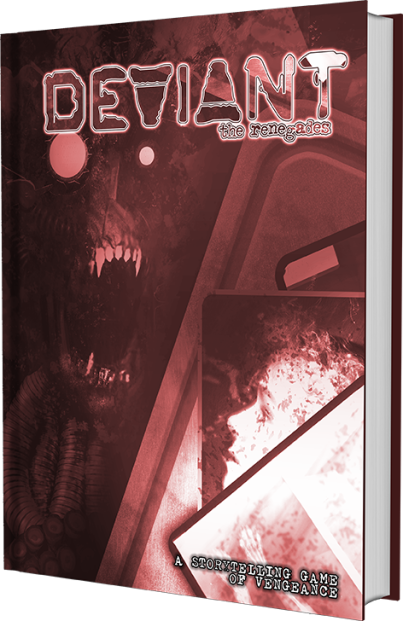 The game is described thusly in the campaign:

In Deviant: The Renegades, players take on the characters of the Remade, human beings who have been transformed into something else through the action of human actors. No millennia-old curse, moon-spirit’s favor, or Supernal Watchtower changed the Remade into what they are; their state is the result of chanted spells, long surgeries, experimental treatments, bizarre accidents, or alchemical poisons. Their creators — Progenitors — have human faces; they are people who saw what lurks in the shadows of the world and wanted power for themselves. Many Remade — Devoted — still serve the conspiracies that changed them. The player characters are Renegades, Remade who have escaped the clutches of their creators… for now.

I’m excited for this, though doubtful that I’ll be backing a printed book due to the prohibitive postage costs involved, doubling the cost of the product.  Print on demand will probably be my approach.

Killteam @ Deathzap – The lighting in the first photo of this Space Marine Kill Team made me doubtful about the paint scheme.  The second picture, with more natural light gives a much better view of how the models really look on the table – and they look great!  The author uses a different sort of scheme to the normal block colours of Astartes armour.  They looks great!  The terrain looks great!  Thanks for sharing.

5 Games with Super Awesome Artwork @ Start Your Meeples – I agree with all of the titles on this list.  Scythe is a particularly beautiful game.  I’ve not played Root yet, but I’m keen to.  If I were adding some games to this list I’d probably go with Android: Netrunner and Onitama.  I get that Onitama is really simple, but it works and is a beautiful game.

Painted Gatorman Soul Slave @ The Bovine Overlord – After having written about the Gatormen recently, I’m happy to see others painting some of them up.  The author does a good job with this model (a lovely sculpt, by the way) and it’s great that they’ve shared their work online.  Looking forward to seeing more!

Ms Monopoly is bullshit @ Unfiltered Opinion – I read about this game.  It sees male players collect, as normal, $200 when they pass go.  Female players instead pick up $240.  It’s basically Hasbro making a point about the pay gap.  The pay gap is also, by the way, actually a pretty complex topic.  I’m not outraged by the idea, like some people seem to be, but I just really could not care less about Hasbro’s take on a political issue.  It’s a patronising, cynical product.

Warcry Warband Five @ Stevo’s Soldiers – Hey, back to the positive!  This is a nice set of well-painted Shadespire skelebones repurposed for Warcry.  I enjoyed my game of Warcry the other week and am keen to get more games in.  I’m actually pretty tempted to do some Goblin for it, too.  Thanks for sharing your skelebones and I love your Heinrich Kemmler!

This week, I’ve also posted about my favourite RPG publishers.