Cawood Publishing releases 5E supplement, Monsters of the Underworld – I love monster manuals! The official D&D one is great, the Kobold Press ones are fantastic, and there are a ton of other third-party monster manuals, often with specific themes. This book is themed around creatures from the darkness beneath: 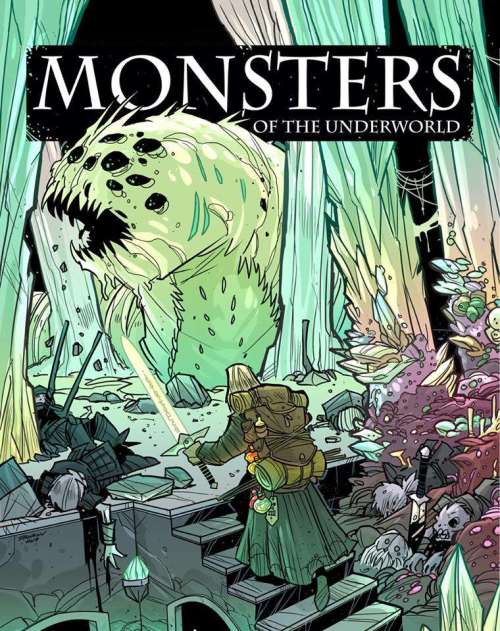 The preview pages show a really good layout and some fantastic artwork. This book looks like a solid bet for any subterranean adventures in the Underdark, Undermountain, or some other deep and dangerous cavern.

Games Workshop releases new version of Mephiston, Lord of Death – With the release of the latest incarnation of the Blood Angels, Games Workshop have also released a refreshed version of one of their classic characters. The character to get the update is the Chief Librarian of the chapter, Mephiston: 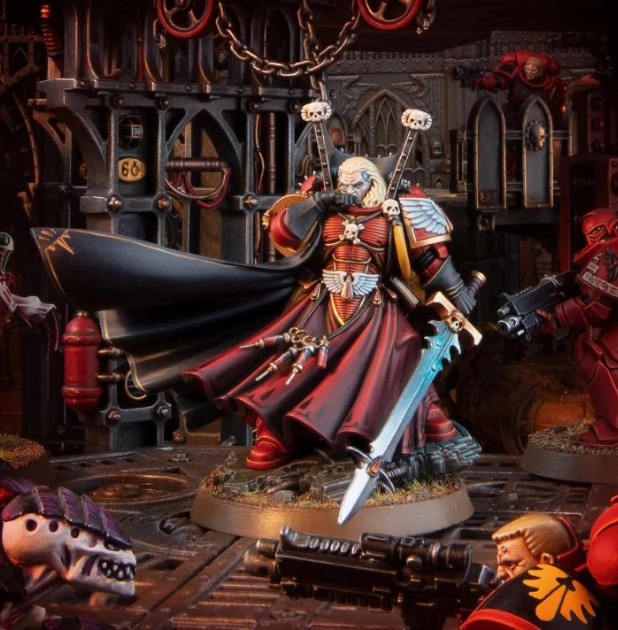 The fact that the character has become a Primaris Space Marine seems to have annoyed some people. I don’t really know what people expect. Games Workshop are replacing the older marines with the new Primaris, so it should be no surprise that beloved characters whom GW will want to keep around are transferred over. Plus, the Primaris just look better!

I think I’d get this to the table. It looks very pretty and the Disney theme means that my wife would be predisposed to giving it a go! Yeah, I’ll be keeping an eye on this and might look into picking it up… but it’s still Talisman…

.Renegade Game Studios releases Clank Legacy: Acquisitions Incorporated – Clank is a great game. It is a union of two genres that I really like, blending the deck builder and the dungeon crawl. It works really well, with the engine you build with your deck coming to represent your hero and his or her capabilities. Focus and optimise your deck for a focused and optimised hero. Fill it with random nonsense and get… well… not that. Now, there’s a legacy edition of the game. Legacy games undergo persistent changes based on player performance over a series of games. In addition to this format change, the theme has also changed. The edition is based around Penny Arcade’s Acquisitions Incorporated franchise. This is a theme that I really like, establishing this game as a really tempting prospect.

Wyrd releases The House that December Built, a new Penny Dreadful for Through the Breach – Through the Breach is the RPG set in the world of Malifaux. It uses the core, card-based mechanism that Malifaux uses to give it a very Malifaux-esque feel mechanically, as well as thematically. Wyrd have continued to support the game with the release of several Penny Dreadful scenarios, including this seasonal offering:

The first Malifaux models I painted were the Cult of December, so I’ve long been a fan of the nefarious Tyrant. The blurb for the one-shot sounds really cool, with an old family home overtaken by frost. It’s the sort of setup I love, so I’m really keen to read the whole thing.

My 10 Least Favourite Games @ Wyrmberg Games – Although being an inherently negative topic for an article, the author writes so reasonably and with such clarity of thought that the article is actually quite endearing and entertaining. Clearly, the author and I have differing opinions on some games, but we’re definitely on the same page when it comes to Talisman! See above for more on that.

Tabletop Tuesday – Board Game Gifts for the Holidays (2019) @ Pop Culture Uncovered – A solid little gift guide. I like the way that the different sections are broken down. Their first section has a couple of games in which I am very interested!

RPG Reviews – Infinity Faction Books Ariadna & Haqqislam @ The Tabletop Almanac – The author of this article doubles up on Infinity supplements, reviewing both the Ariadna and Haqqislam books in one go. The author’s comments on sidebars is interesting. The inclusion in the books of a typical day within each faction is really useful when fleshing out a game world that previously only existed to facilitate battles in the tabletop wargame. The author also lays out the features of each book and some background for each faction. The books sound pretty damn good.

Bustin’ Out @ The Tragic life and thoughts of a Fangirl – This is cool! The author has done a ton of Space Marine busts, along with some other 40K characters. There’s some nice artwork here. Go take a look.

The Horde @ J’ai Un Planning Chargé – The old goblin miniatures are fantastic. They just ooze personality. As a big fan of squigs, I especially love the classic versions of this iconic beastie. Aside from how great the models are, the author has also done a really wonderful job of painting them. Thanks for sharing!

This week, I shared some hobby work from last weekend and took a look at a 5E-themed Humble Bundle.
Catch you later!