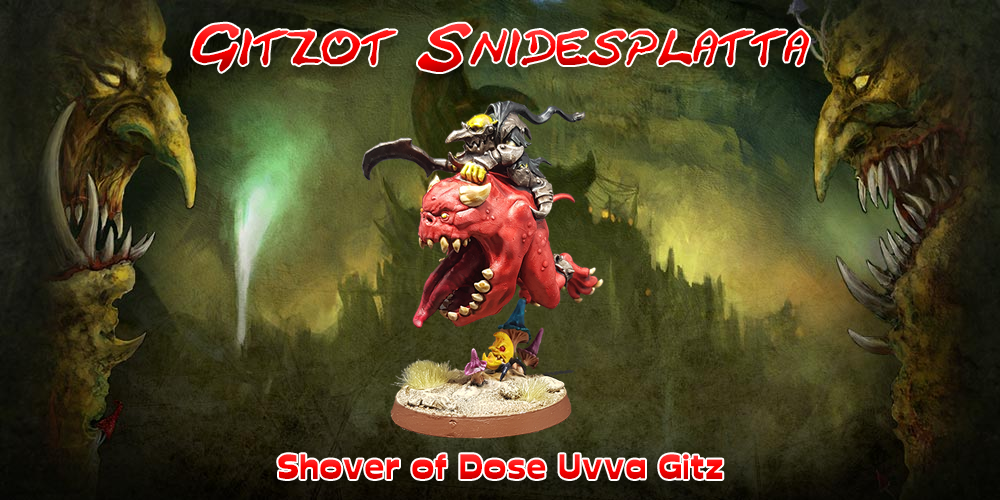 I was intending to do a little hobby update for January, but then I didn’t actually get around to doing much in January. Between work and just feeling a bit flat, there wasn’t much room for hobby, beyond some spray painting. Much of February was the same, with the main progress being more to do with storage than painting.

I set up some magnetic trays and attached magnets to the bases of my miniatures. I have magnetised the majority of my Necrons and Gloomspite miniatures at this point. Here are some pictures of the Necron army all packed away:

I’m quite happy with this storage, as I now have a stack of trays for my Gloomspite and Necrons, rather than having them spread across the room in different boxes and whatnot. It feels a lot more contained, y’know? Oh, and I also included the box that most of the Necrons were previously in, which now has a lot of my hobby materials.

Right at the end of the month I finally settled to some actual painting, and I actually got my first miniature of 2021 finished off! It was finished just in time for a local painting contest, too. This is the first miniature for my Gloomspite Gitz army and he is a Loonboss on Giant Cave Squig:

I’m quite happy with him, all in all. He just needs a wee spritz of matte varnish and he’s totally done. I’ve got a backlog of minis needing varnished, come to think of it…

In addition to this Loonboss, I’ve also been working on a second Loonboss, along with ten Squig Hoppers and twenty Boingrot Bounders. I’ve done the Squigs themselves, the Gobbo skin and the robes so far, and I finished off the month putting down the first coat of colour on their bases:

The things that are still to be done are the metals, as well as any wood or leather, and the rest of the basing. I see this as within my reach and the first week half of March should see this first 800 points of Gloomspite done!

I’ve also been doing a little bit of work on my Troggoths, which are also part of the Gloomspite army. I’m playing about trying to see what I really want to do with them, but I do have the core colours picked. Here’s some progress on a test model:

The blue was originally quite stark, but a drybrushing of Etherium Blue brings it down a little and actually makes it work really well. I’ve now got the base of blue down on all 12 Rockgut Troggoths.

On the one hand, I was disappointed that I hadn’t made much progress for January and much of February, but as I do start to get stuff done, I’m feeling pretty good! It’s satisfying, and I’m looking forward to the feeling of getting that first batch of Gloomspite done so I can sit back, admire them, and dream of the day that we will be free to gather again and I can get them to the gaming table!

#magnets, yo!
#horticulousslimux built up to lead my #daemonsofnurgle out from the garden of #nurgle and into the Mortal Realms!
First layer of #nurglesrot down on my #daemonsofnurgle #plaguebearers.
Darker bases or lighter for my #daemonsofnurgle? The rot isn't dry yet! Might go faster if I stop staring at it...
My #malleusmonstrorum arrived for #callofcthulhu and it is very pretty :)
Still need to fill the gaps, rebuild necks and elbows and so on with green stuff, but thats my first 10 #plaguebearers built for my Garden of #Nurgle :)
Progress on the #daemonprinceofnurgle :D
Workin' on a #daemonprince of #nurgle :)
Second test mini for #kitbash Garden of #Nurgle army :)
Ew. Guess I need new texture paste...
First test mini for my #ageofsigmar Garden of #Nurgle army.
My clutch of #arachnarokspider minis. Also now base textured and ready to spray :)