This week started out with me meeting a new group of Dungeons & Dragons players and starting a new game with them.  I found this group on Facebook as they were looking to get going.  I’m usually nervous about meeting new people, but I’m very glad I went along to this as I really enjoyed it.

I created a half-orc cleric, as both were new to me.  I think I fit into the group well and am really looking forward to dipping back into the game tomorrow.

Now, it’s been a busy couple of weeks for me, and I did feel a little despair as I looked around my games room.  It’s in a bit of a mess.  I’d love to say that I’ve tidied it up over the subsequent week, but no.  I’ve not.  This week, definitely!

Later in the week, I got to try out a couple of games I had not yet played.  I popped along to the weekly games night with the Northern Knights gaming club and had a go at Grimm Forest, a game where you take on the role of a little pig building houses out of straw, wood and brick: 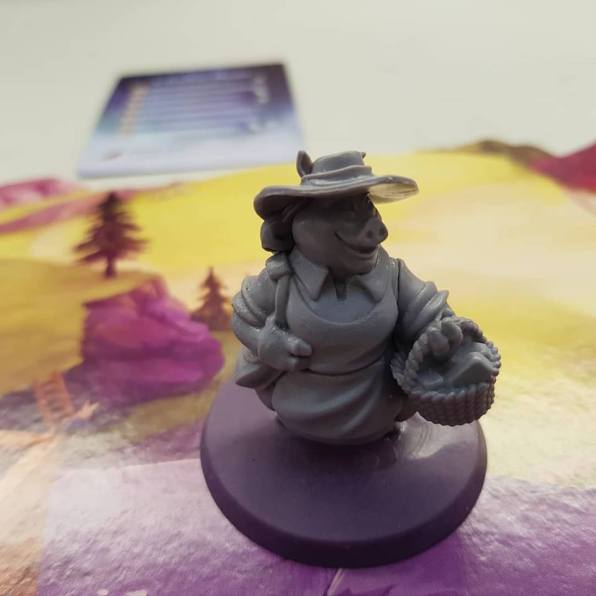 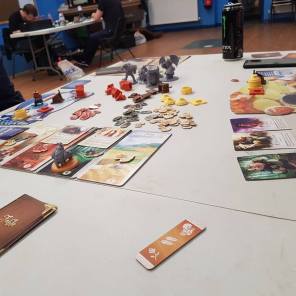 The game was quite good.  My first impression of it wasn’t great, but as we went on with the game I saw more in it to like.  I guess some of the strategy was not immediately obvious as there is a lot of randomness in it.  Perhaps there’s too much randomness, but there is room for strategy, too.  I also love the production quality of the game.  All of the pieces look great – especially the miniatures!

We also played the Marvel edition of Legendary.  Much like Grimm Forest, I have mixed feelings about this game.  There’s a lot of room for building synergies, which is great, but I don’t think the specific scenario we played worked well.  Having the game length be completely random and based on drawing random cards from the deck seems a bit… iffy.

I do like the cooperative aspects of the game, and the expandability is pretty cool – if this is a game you love, you can add and add and add to it.  I’d play it again, but this playthrough did feel a little lukewarm.

Finally, at the end of the week, the miniature I ordered for my Monday night RPG arrived!  It was this little chap from Oathsworn Miniatures: 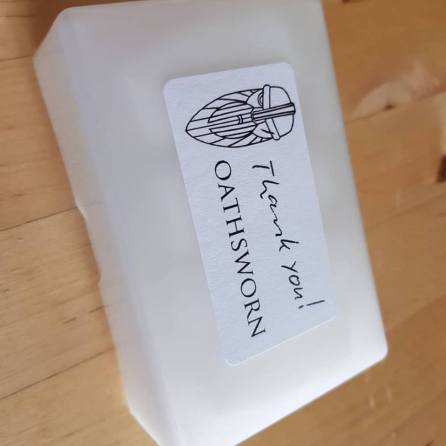 This miniature will represent my cleric, Harrel, Disciple of Blibdoolpoolp.  To most, Blibdoolpoolp is an obscure and evil lobster goddess, but Harrel never really grasped most of the details, being largely illiterate.  He seems to have pieced together bits and pieces from lots of different scriptures and has attributed them to the sea mother.  He considers her benevolent and has carried out many good deeds in her name.  This must really piss her off…