Wyrd releases Malifaux, third edition – YES!  Always happy to see more Malifaux on the (Mali)go.  M2E was one of my absolute favourite miniatures game and I’m excited that some of the peeps at my local group seem interested in trying out the new edition.

This is the biggest release for me this month, but I’m behaving myself and not ordering any models at the moment.  I have enough in my backlog and I really need to take a look at how the game stands before seeing what to prioritise and what needs to be picked up.  Once I have the core book, I’ll work out what faction I’d like to focus on for a bit and pick up the relevant faction book.

I never picked up the New York edition, despite having a LOT of Ticket to Ride in my collection.  I would like to pick up one of the shorter editions, so I might end up picking this over its American-themed cousin.  Given that my wife is the one who really loves Ticket to Ride, and that she also adores London, this might be the edition for us. 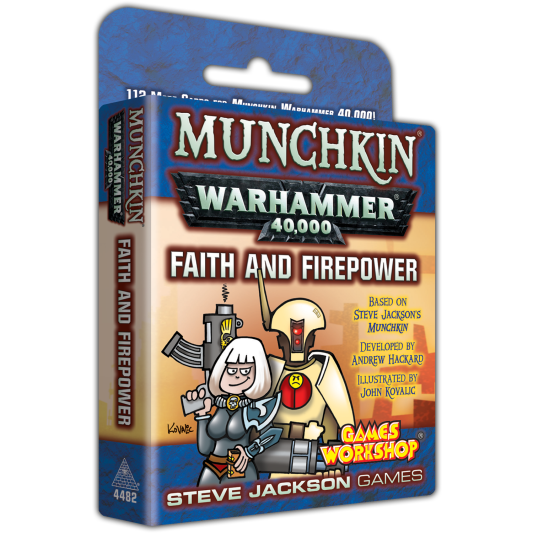 They are adding Tau, too.  That doesn’t matter to me so much.  I reckon they are just adding the Tau because without them to bring the excitement levels down, this pack would just be too popular.  I kid, of course.  I’m sure both armies are interesting and worthwhile.  Or not, whatever.

Arc Dream Publishing releases The Complex supplement for Delta Green – Delta Green is a game that continues to interest me, but which I’ve never been quite interested enough to actually try.  I love the idea of Cthulhu-esque mysteries and horror set in a modern military setting.  This latest supplement is especially interesting as it explores the military-industrial complex.

Taking a long glance at the US government and the corporations who benefit from their contracts, this really commits to the government/corporate intrigue aspects of the game.  These are aspects which really appeal to me.

WotC releases new ‘Essential’ starter set for D&D 5E – It’s a testament to how excited I am for the new edition of Malifaux that I have not highlighted this release as my biggest for this month.  Don’t let this possible slight fool you; I really like this boxed set.

It’s another starter set, yet it’s so much more.  It has a new adventure that is fully compatible with the previous starter set, a DM screen, some equipment cards and more.  Unlike the previous set, this one includes maps and character creation rules.  it also includes rules for a 2 player version of D&D and for pared-down sidekick characters to be used in this version of the game.  Exciting stuff!

Kill Team: Campaigns @ The Sentry Box – This is a nice overview of how campaigns can work in Kill Team.  I love the positivity of the article, with really great advice about looking for opportunities to embrace the narrative, looking for cool and interesting moments and making changes where needed.  A good read and, again, a really positive article.

Tips for Starting a Board Game Club for Students @ The Meeple Street – As someone who runs a student gaming group, I can tell you that this article has sound, solid advice.  Limiting your group numbers is important and crucial to making a successful, meaningful experience.  Ditto for setting behaviour expectations with a contract.  With my other volunteer leaving this year, our group has drifted a little, and I’m keen to re-establish good habits.  This article will help me with this.  Thanks!

Broken Promises @ steveslaw – Some promises are fun to break.  I’ve been bad with this recently in regard to RPG books.  Of the games that the author bought, I’m particularly interested in Wingspan, which I’ve seen going pretty cheap recently, and Judge Dredd: The Cursed Earth.  Dredd is interesting because it’s from Osprey and they have just been hitting it out of the park for the last few years, as far as I’m concerned.  I also don’t have many co-op games that really excite me at the moment, so I’d be keen to try out a new one.

Why should YOU play D&D? Reason #1 @ GamerPeak – Yeah, I like me some D&D.  Not my favourite RPG, but one I have a lot of fun with.  It’s also one that, with the latest order I put in this week, I’m completely up to date with in terms of releases.  That does mean that I have a very clear position on D&D when it comes to this post.  The author posits that you can buy into D&D as little or as much as you want.  Clearly, I’ve gone big on D&D, but that doesn’t mean I disagree with the author.  When it comes to other RPGs, I’ve either bought everything, or just the core book, or whatever lies in-between.  Rogue Trader is a good example for me of a game that I enjoyed playing, but where I didn’t feel I needed anything beyond that core book.  This makes for a good read and I look forward to reason #2.

How Do I Choose a New RPG Campaign @ The Late Night Session – These are the sorts of conversations I have with myself all of the time.  Like, all the time.  It makes for an amusing read in that context.  Of the author’s considerations, the Drow and Mystara D&D campaigns appeal to me, as does the Shadowrun Genesys game, Dresden Files and Shadowrun 6E.  There’s a lot of good options there and I am looking very forward to seeing what the author ends up going with.

This week I wrote at some length about collecting RPG books and about my own collection.