Antenocitis Workshop releases Archaica Schola building for Infinity – Infinity is a great game that few people here actually play.  There are just so many games, so when Infinity did make it here, it was relatively popular for a short time and then saw at best occasional play thereafter.  I missed that burst of popularity, but I really like the game and am still working my way through building a wee Infinity board for playing some games.  Terrain like this would be right at home on there:

The building is simple and although it comes prepainted, that’s not saying a huge amount as it uses flat colours.  I say it’s not saying much, but my own building are sitting resplendent in bare MDF.  Maybe it is a big thing.  I like the irregular shape of the building, which makes it more interesting both visually and for actual gameplay.

DeepCut Studio releases playmat for Twilight Imperium – DeepCut makes good mats.  I say this a lot.  Generally these mats are for miniatures games, wargames, etc.  This time, they have put out a mat for a board game, namely the beast that is Twilight Imperium: 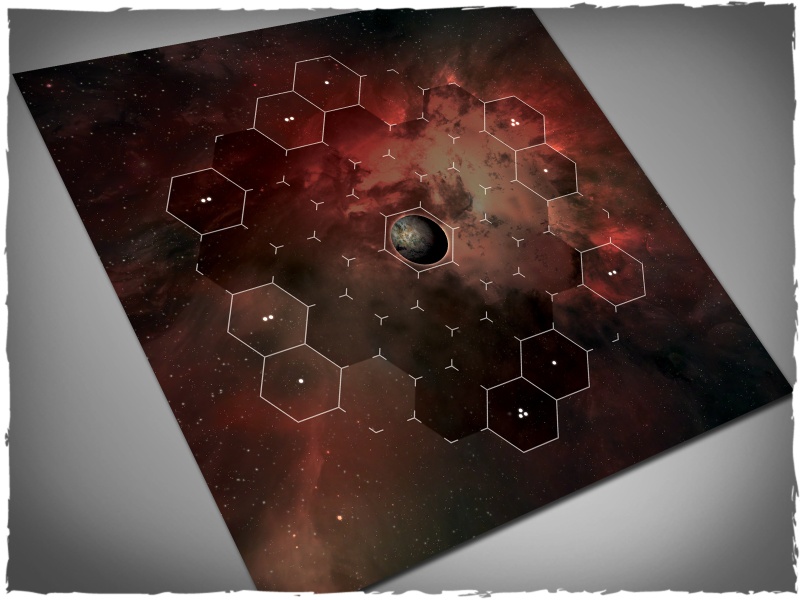 This is not their first board game mat.  I’m pretty sure they’ve done Aristea mats.  I coudl go and check, but let’s be honest… I’m pretty lazy.  This is a beautiful mat and I particularly like that the neoprene should help to stop your hex tiles sliding around and whatnot.

Terran Empire Publishing releases Tome of Mercenaries for 5E – Another lovely 5E supplement.  There’s such a wealth of great third part content avaialble for this latest edition of Dungeons & Dragons that it’s actually pretty hard to wade through it all.  This some promises, clearly, to address the topic of mercenaries: 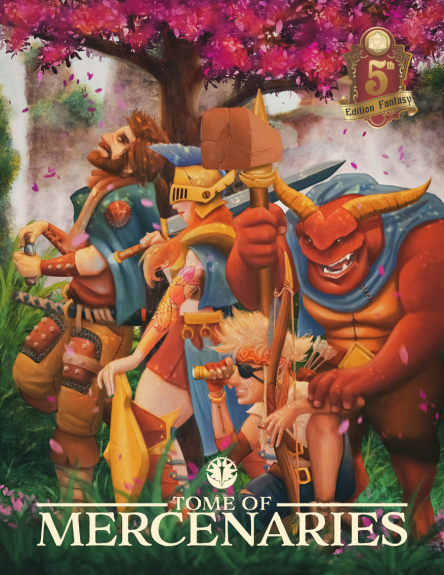 At nearly $15 for 87 pages, this is a pricey book.  It does manage to cram in a fair amount of content, with 32 mercenary companies detailed inside, and a ton of other content like new NPCs, items, tables and so on.  It does rely on content from other Terran Empire books.  This is great if you’ve already bought into their material, but less so if this company and their products are entirely new to you.

TTCombat releases a slew of individual Carnevale miniatures, including this lovely Tarot Reader – Carnevale is one of those games that is on my “once I clear some space” pile.  You know, those games that you’d like to get around to once you’ve cleared some other stuff off the to-do list.  That list doesn’t move all that fast, though… 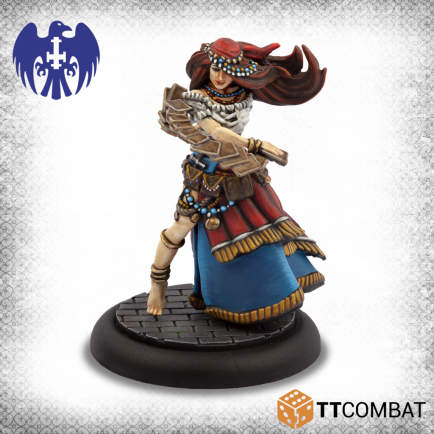 Looking through all the individual miniatures that TTCombat are now offering, I still love the visual style of this game and there are a few miniatures that really do stand out, including this beautiful Tarot Reader miniature.  I love the cascade of cards that she has going on!

Battlefront releases Grim Dark Scenery Bundle – This isn’t new content, as such, but rather it is repackaged material.  Galeforce 9 have several pieces of terrain that are suitable for your games of Warhammer 40,000 or associated game such as Kill Team.  These are now being bundled together and sold as a deal:

The deal seems decent.  You get a fair amount of stuff at a respectable discount.  I don’t find the terrain particularly exciting, but they are decent ruins and, importantly, they are ready to go out of the box.  No painting.  They’re already done.  That’s a big selling point.

Geeking Out – Living La Vida Lockdown @ Big Comic Page – It’s great to read about people really making the most of the whole lockdown situation, whether that’s clearing out projects, playing games or just generally geeking out.  This post gives loads of examples of what the author has been getting up to, and even give you the chance to win a prize!  The most interesting thing her for me is probably Gaslands.  I really need to try that game.

Experience and Character Advancement @ Nocturnal Gods – This is a long and detailed post about Vampire, but also about the wider issue of character progression and how that works, and should work.  The author write quite sepcifically about Vampire, but I think the discussion is one that will interest players of other games as well.

Orks & Daemons @ A Tabletop Gamer’s Diary – Two different armies with on unifying colour!  I hope for the same of those Bloodletters that red ones do, indeed, go faster.  This is a nice pictorial article in which the author shares some recent painting.  Two great armies there, too.  Daemons rock and the Orks are so fun!

#42 Because Internet: Understanding the New Rules of Language – Gretchen McCulloch @ WhatLindsayRead – An article from a friend from university who has been posting book reviews on her blog since the end of January.  This review caught my eye for a couple of reasons.  First of all because she posted it on Facebook earlier in the week.  Also, the topic of the book really interests me.  I’m interested in how language is changeing and how the internet has influenced and continues to influence that.  Thanks for sharing!

Game Management: Running Games Over Skype @ TheDarkElf007 Gaming Blog – My 3D printer arrived this week!  Exciting times!  So far, I’ve only tried a couple of test prints.  This was the wee dog that is already on the SD card and a little model of Marco from Ghibli’s Porco Rosso.  I love that movie…  Anyways, yeah, posts like this one inspire me to really get cracking with using the printer and seeing what it can do.  I’ll be raking back through this author’s blog for more inspiration.

At NoRerolls, it’s been a quiet week.  It feels strange saying that, given how busy I’ve found the week, myself.