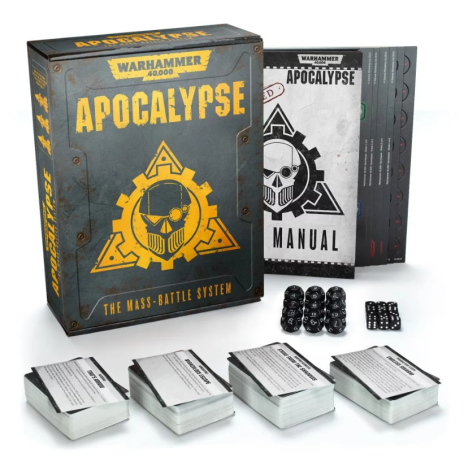 Apocalypse is the ruleset for massive battles.  I must admit that I do like the occasional big battle at club days and the like.  This edition seems to make quite a lot of changes to the rules to make such huge fights run smoother.  I’d be interested to take a look at how it works once someone at the local club, or likely the club itself, picks up a copy.

Modiphius puts out Things from the Flood RPG – A couple of years ago I picked up a beautiful RPG book called Tales from the Loop.  I’ve yet to get it to the table, but I love the art and concepts.  This is the followup title. 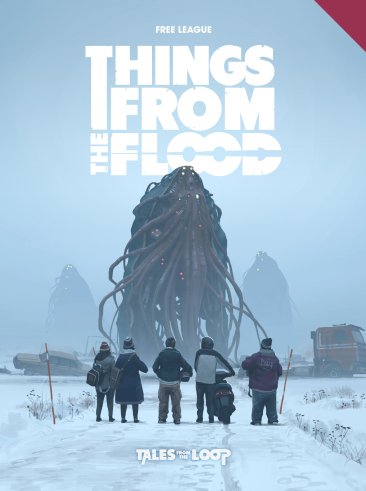 This game moves on from the 80s setting of Tales from the Loop and takes place in the 90s.  By all accounts it is just that little bit more dangerous and, crucially, characters can now die.  That’s a big shift in tone.  I’m definitely going to be picking this up later in the year.

Panda Cult Games launches Shovel Knight board game on Kickstarter – There are always so many miniatures-based board games on Kickstarter, but this one stands out for me.  The Shovel Knight video game is really cool, so I’m interested in the license.  I also really like the visual style of the miniatures and components.  This looks nice. 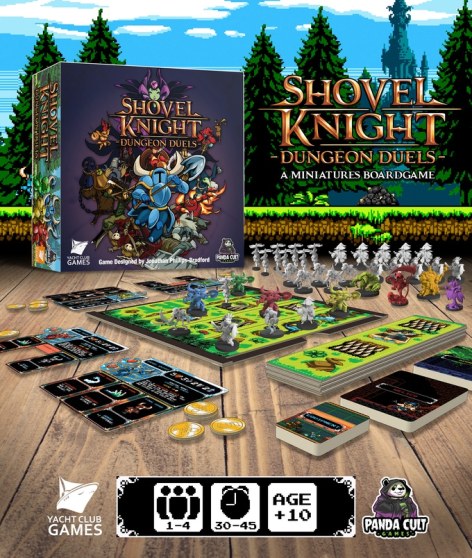 I have not played anything from Panda Cult Games and, looking at their website, I hadn’t heard of any of their games either.  I do like their production values, their art style and their whole attitude and style of presentation.  I’d take a punt on them if I were looking for another mini-based board game at the moment.

DriveThruRPG launches Hero Kids Creator’s Guild – DriveThruRPG is a great site that sells RPG materials in digital formats.  These are mostly PDFs.  They also run a couple of specific, dedicated sites for popular games.  The most famous of these is their dedicated D&D site, Dungeon Masters Guild.  It allows members of the community to create and distribute (and sell!) their own material.  They run a similar site for White Wolf games, the Storytellers Vault.  Now they have launched a similar platform for Hero Kids:

I read Hero Kids a few years ago and I liked it.  I’m surprised it’s popular enough to warrant such a site, but I’m glad to see it, as it opens up another system to a potential flood of creativity.  There’s not a lot on there at the moment, but it’s a start and it will interesting to see what else is added over time.

WotC releases new ‘Essential’ starter set for D&D 5E – 5E continues to works its way into every genre of RPG as it rapidly becomes a widely used generic system.  As I mentioned previously, this is no bad thing as it’s a quite solid system.  This latest Kickstarter is for a spy-fi setting:

They’ve got a lot of experienced people involved in the design, including people who have worked on a lot of games I really like.  I don’t know if this is one that I’d pick up for not, but I’m keen to see the reviews once it does come out.

The Contrast Paint Army Project @ Thoughts from a Chaotically Disorganized Mind – There’s been a lot of buzz around the contrast paints and this is a nice article about one gamer’s intention to really put them to work.  The intention is to put out a couple thousand points of an army in just a few months.  I’m keen to give them a go myself, and if the little art/framing store in our town that sells GW paints is open I will be picking some up today.  With their erratic opening times, I’m not holding out too much hope!

7 Great 1v1 Tabletop Games @ Nerds of Earth – 2 player games are important to me, as I can often play these at home.  Of the seven games listed here, I have 2 of them and have heard of a further two.  I do really like Onitama and I love Star Realms.  I’m also very keen to try out Keyforge.  There are some good recommendations here.  Master of Wills is one that looks really interesting.

D&D 5e Dungeon Master Tips, Tricks and House Rules: Volume 1 @ Gideon’s Gaming – I like DM advice articles.  Even if they consist of things I already know, it’s always interesting to see what other DMs are thinking about and prioritising at their tables.  And, of course, you get some really great nuggets of advice from time to time.  This is a nice article with a few points that I really like, especially points 1 and 2.

RPG Reviews – Deep Magic: Winter Magic & Mythos Magic @ The Tabletop Almanac – Kobold Press make so many great supplements for 5E.  Their Deep magic series is interesting, expanding on specific types of magic.  There are two reviews/overviews of two entries in the Deep Magic series.  It makes for a good read and I’m always keen to see what others think of my beloved Kobold Press!

Imperial Skaven @ McMattilaminis – Skaven in 40K have long been an interest for me.  People have been doing conversions for years and Mantic put out some lovely sci-fi rat-men a few years back.  The author of this post has converted and painted some very nice Skaven for 40K that really fit seamlessly into the setting through the use of Imperial Guard parts.  These could see service as beastmen or as Traitor Guard.  I’d love to see an army of them!

This week has seen a bit more activity that we’ve been used to, with both a Paranoia bundle and a D&D 5E bundle being discussed.  I also took a look at some campaign settings for D&D that I’d love to see updated for 5E.  Not bad!