Welcome to our top 50 games list for 2019, in which I list my personal top 50 games at this point in time. My choices are not limited to games from this calendar year, but instead, represent my current thoughts on the top 50 games to me. Next year, some of the games featured may move up and down as my opinions change and I get the chance to play more games or revisit old favourites. 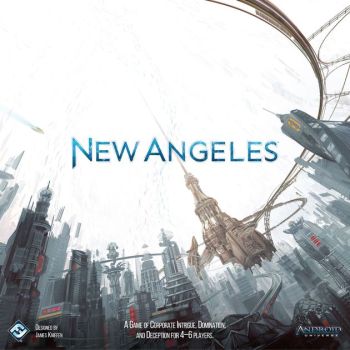 I really like the Android setting. The body of artwork that Fantasy Flight amassed for their work on the now-discontinued Android: Netrunner is simply stunning and, I hope, will see significant reuse in future games in this setting. The Android setting book for the Genesys RPG is also pretty fantastic.

New Angeles is all about negotiation and I love it. Players each take the role of one of the major corporations (or a federalist infiltrator looking to sabotage the game) as they work together to meet the needs of the city and jockey for influence within it. They bid to be the player to launch specific projects aimed at optimising or adjusting the production in the city or just for personal gain. I love the interactions, negotiations and backstabbing that the game fosters. 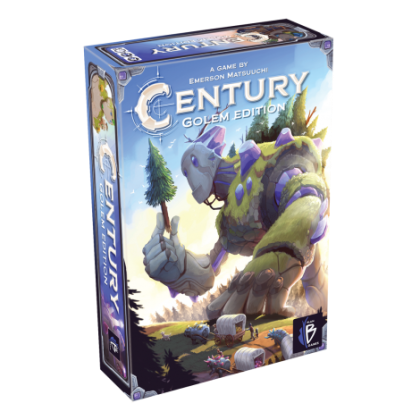 An impulse purchase at a game store, this is probably the best value for money I’ve ever had from a board game. I gave Century: Spice Road a miss when it came out, thinking it looked a bit dry and would not really be for me. Mechanically, I was wrong, but I still think the dry visuals would have put me off or would have seen me not play the game quite as often as I’ve played this (more fantastical) edition. The artwork is superb, as I’ve previously written.

I freakin’ love this game. It’s so accessible and simple, but it makes my brain hurt when I try to plan ahead. The points is to make combinations of coloured gems which can then be used to buy Golems (points cards). Players generate gems, use cards to trade groups of specific colours for other groups of gems, upgrade their gems… There’s a lot of moving around gems towards purchasing your golems. I’m not describing it well, but it just clicked with me.

My only slight gripe is the five-player version. With that many players, it can become really hard to plan ahead with any effectiveness. It’s still a good game, but I prefer it with three or four players. 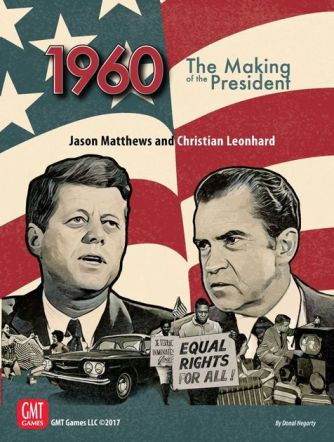 This game, which sees players take on the roles of the Kennedy and Nixon campaigns in the 1960 US presidential election, was placed at number 10 last year and number 39 in 2017. It’s been a meteoric rise. When I first got the game, after only playing it once or twice, I just saw it as a lighter, simpler Twilight Struggle. I questioned why, with most people, I would choose this over TS. Since then, I’ve played it a lot more and, although I still prefer Twilight Struggle, I see the value of 1960 far more clearly than I did. It’s actually quite unique and offers a different experience to Twilight Struggle. It is a little lighter, but it’s interesting in a very different way.

I love the back and forth of the game. The idea of taking the candidates and zipping them here and there across the US is a lot of fun. As with Twilight Struggle and Washington’s War, I really like the card-driven nature of the game. I’m a lot better with Nixon than with Kennedy in this game. Tricky Dick’s had my back. 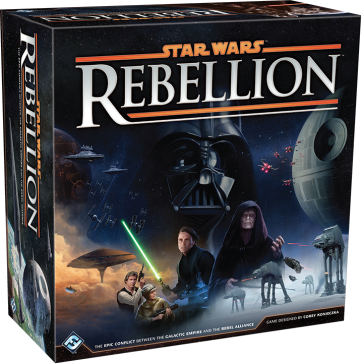 Rebellion spent 2016 and 2017 at number 1 before being dumped down to number 2 in 2018. Now it’s number 7? What happened?. Honestly, I did predict this last year. I’ve just been playing other games and although I still love this game and will play it whenever I get the chance, there are a couple that just sneak in ahead of it.

Rebellion remains an amazing two-player experience that is essentially “Star Wars in a box”. There’s a lot potential combat in the game but, like Scythe, it’s not really a war game, as such. It’s basically a game of hide-and-seek. The Rebels are doing the hiding and the Empire are the seekers. Combat along the way just acts as a speedbump. Both factions are a lot of fun, and this is great as they are also such different experiences. A game as the Empire is totally different to one as the Rebels, and asymmetry is something I’ve always really liked in games.

I’d call the expansion to this game pretty compulsory. Even if you don’t like the Rogue One characters (I quite like them, I suppose), you want it for the improved combat system. 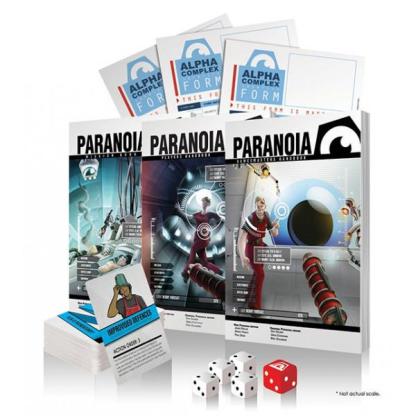 Up until lastyear my preferred edition of Paranoia was 2nd. This is still the best edition that comes as a single book. The latest edition from Mongoose is bloody fantastic and I’d say that this is the year that I’ve fully made the switch and committed to this edition. I was doubtful about it, as it went to using entirely D6s and changed the game quite significantly. As with Warhammer: Age of Sigmar, I am delighted to be proven wrong. This is becoming a running theme…

Paranoia, in its current incarnation, is manic fun. The new approach to character creation sets the tone of the game from the very beginning, allowing players to really dick each other over from the get-go. The use of action cards for combat is also good, but took a bit of getting used to. I’m trying to keep up with releases for this edition and, so far, I have the complete set of what’s been released. 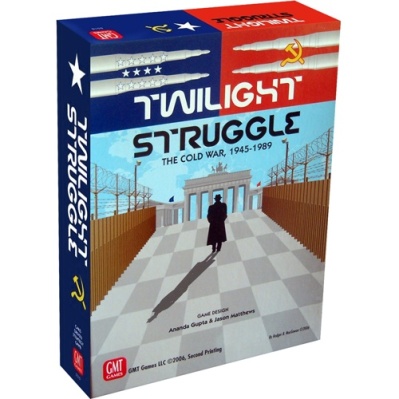 Like 1960, Twilight Struggle is a card-driven game from GMT Games. The scope of Twilight Struggle is much wider than that of 1960, covering the entirety of the Cold War, allowing players to take on the roles of the US and USSR as they attempt to spread their influence around the world. They do this by letting historic events play out, directly spending resources to spread influence or launching coups in target countries. Scoring is presented as a tug-of-war between the two superpowers, which works well and contributes to the tone and feel of the game.

I’ve played a lot of this game over the years, and I’ve also picked up the PC edition in order to squeeze in yet more games, either against distant online opponents or against the computer. I’ll play this whenever I get the chance because I not only enjoy the game, but I really appreciate it, if that makes sense? Like, it’s fun, but I also love watching the game unfold. 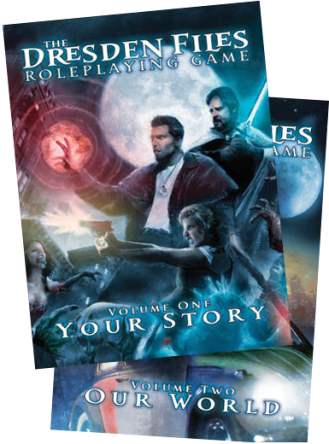 FATE rocks. It’s a great system and I continue to collect lots of the variants and supplements and whatnot that Evil Hat continues to put out. I love Evil Hat. They are one of my favourite games companies. They just put out great stuff.

Dresden Files is one of the best implementations of the FATE system, although it does use the previous edition of the rules. That said, the core of the system is, for me, the aspect rules, and this game uses them just fine. The aspect system makes the game easy to run in a way that is directly personal to and inclusive of each individual player character.

The Dresden Files RPG books are also great objects in their own right. They are full-size A4 books (unlike most FATE books, which are A5) and are full of lovely artwork and lots of notes in the margins from the characters from the series. These production values make the books fun to slip through, even when you’re not playing or planning to play the game.

Plays: Ideally 4-6 over however long you want. Again, RPGs…

D&D was my number 1 game last year despite not necessarily being my favourite game. It’s good, of course, and this edition is really good, but there’s a shelf of RPGs behind me as I type this that I’d rather play on any given day.

The group I joined last year has been a big factor in why this is still in my top 3 games. I’ve made new friends through this game, played in the longest campaign I’ve taken part in for any RPG, and just had a damn good time. D&D has broadened my horizons.

D&D also resurrected my after-school tabletop gaming group. It had been dwindling as our older members moved on, but by focusing on both younger children and on RPGs specifically, we’ve tripled our previous attendance figures. Again, it’s also been fun, but also a lot more work than it had previously been! 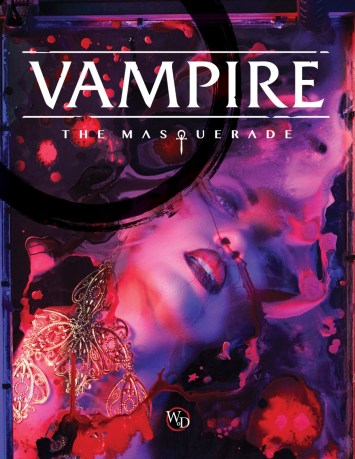 Plays: Ideally 4-6 over however long you want. Again, RPGs…

Last year I had not played the new edition of Vampire and was dismayed at the state of affairs at the latest incarnation of White Wolf. Well, I’m still dismayed at White Wolf, but I’m enjoying V5. My first play of it was at Tabletop Scotland this year with a home campaign starting soon afterwards. With all of this goodness, Vampire has made it back into my top 10 and into the highest place it’s had since I started doing these in 2016!

Vampire is just such a good system. Mechanically, it’s fantastic. There are flaws, and certain aspects definitely lack polish, but it works well overall. The background is where it really shines. White Wolf developed such a deep, detailed, involved world that gives you a massive sandbox in which to play. Vampire remains one of my favourite games to both play in and run. 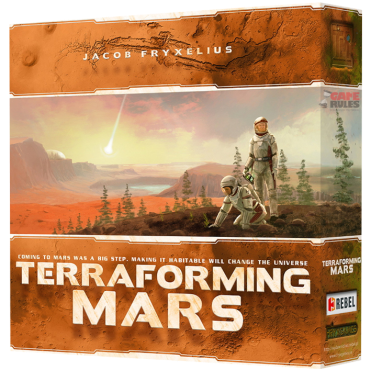 I’ve played a lot of Terraforming Mars over the past two years, but I’m going to start off with the negative points that I have. This game is ugly. The cards are just so inconsistent in their visual style. There are stock photos, some artwork, some awful rendered crap… Yuck! The game and expansions are also, for what’s in the box, a little overpriced at RRP. I’d probably want to see it reduced by a tenner.

With these slight grumbles out of the way, let me now gush about how good the game is. This is a fantastic resource management game where each player takes on the role of a corporation trying to exert control over Mars as they terraform it. You use the money that you generate to complete projects and trigger events. You generate energy and heat to raise the temperature to livable levels, use plants to create forests to raise the oxygen content of the Martian atmosphere, and you work to place oceans on the dry soil of the red planet.

This is a cutthroat game where you want your business to do as well as possible, usually at the expense of other corporations. The game starts off slow, but becomes incredibly competitive as it goes on. I love this game. I love that the project cards you get can utterly change the direction you’d planned to go in. The draft variant is also now my preferred way to play. It adds a whole other dimension to the R&D phase.

I can gush about this forever but, suffice to say, it’s just an absolute gem of a game.